Interview with Sr. Beatrix Han, General Superior of the Sisters of Charity of St. Vincent de Paul of Suwon

In January 2020, Rome will host a meeting of the Superiors General and Presidents of the Vincentian Family. We continue this series of posts to deepen our knowledge of the many Vincentian Branches. Here we interview Sr. Beatrix Han Suwon, General Superior of the Sisters of Charity of St. Vincent de Paul of Suwon (South Korea). 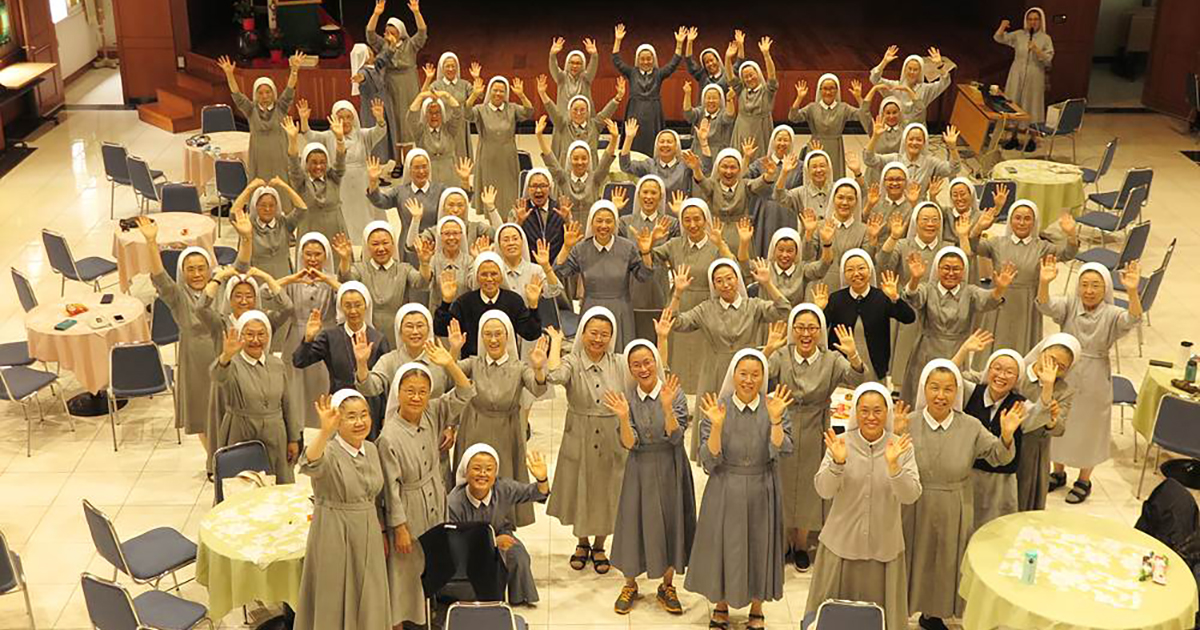 How and when did your foundation take place?

In 1990, having become able to provide for the mission in Korea with native members, the Congregation processed to let the Suwon Region become independent from the Paderborn community. As a result, on June 21st of the same year, the foundation of Sisters of Charity of St. Vincent de Paul of Suwon took place and we are now of Diocesan Right.

In 2005, after 40 years of service in Korea and as a gesture of returning what we had received from the German community, we opened missions in Myanmar and Bangladesh. Now, we also have an international formation house and mission in the Philippines and an infirmary for elderly Korean immigrants in Denver (United States).

In accordance with St. Vincent’s spirit, over 200 members of the Congregation are now carrying out our mission (service on behalf of the infirm and the marginalized) in many different places. We have been working at St. Vincent’s Hospital since its establishment in 1967. Now, the hospital plays a pivotal role in connecting people who are willing to share their resources with others who are in need of help. The Clinical Pastoral Education Center, the Hospice Ward, the Center for Volunteers, members of the Society of Saint Vincent de Paul, the Social Welfare Office and a dozen of assistant chaplains minister in varying ways at the hospital. We also minister at St. Vincent’s Clinic (in Ansan), a charity hospital that serves primarily immigrant workers, and other hospitals where we work assistant chaplains and therefore are able to practice charity in the Vincentian tradition. Besides, we also administer several shelters that serve the elderly, unwed mothers, and poor children.

Collaboration with lay partners is essential in doing these works in the Vincentian spirit. In an effort to make that collaboration more organized and effective, the Congregation launched The Lay Association of Charity of St. Vincent de Paul in 2015. Coupled with that, the Ladies of St. Louise and St. Vincent Youth are other organizations where mutual formation and service has been combined.