“Missionaries going out to be and make disciples of Christ” was the motto that convened, encouraged and made reflect the participants of the Fifth International Assembly of Vincentian Lay Missionaries (MISEVI), held in the vincentian retreat house in Santa Marta de Tormes (Salamanca) from February 23 to 25, 2018. The Assembly had three important moments of reflection: the first moment was given by Brother Francisco Berbegal, C.M., who focused his reflection on the first statement: “Missionaries going out.” And he did so by highlighting the identity of the missionary as sent to announce Jesus and in the name of Jesus. “Out,” because it is an attitude or disposition to go, leaving aside the comfort, paying attention to reality in an organized way to give a Vincentian response, because our output has a target and these are the poor.

The second reflection was offered by Fr. Hugo O’Donnell, C.M., of the United States of America, destined in Taiwan. He shared with us the “being disciples of Christ.” The call to radical discipleship from the Spirit is a central theme both in the Gospel and in the heart of St. Vincent, said Fr. O’Donell; Jesus calls his disciples by their name, concrete people whom he sends to mission: “leaving everything, they followed him.” St. Vincent de Paul urges us to be willing to go to the ends of the earth in the name of the gospel. Today discipleship focuses on: prayer, simplicity of life and solidarity with the disadvantaged.

Father Charbel El Coury, CM, from the Province of Lebanon, proposed in his reflection how to “make disciples of Christ”: after the mission of Jesus, the time of the mission of the disciples begun, which is the same as that of the Son of God, to witness the love of the Father to their brothers. Anyone who discovers from the faith his relationship with Jesus and his identity as a son, do this as He did, bearing witness to the love of the Father. Therefore, we must go to the Galilee of the Gentiles, baptizing in the name of the Father and of the Son and of the Holy Spirit. All this is done from the testimony, that is, being in a state of constant mission. For St. Vincent, our works are the embodiment of our love for God, an affective and effective love.

These three speeches gave rise to reflection in groups and to the elaboration of the new lines of action that will mark the work of MISEVI during the next four years.

Another moment in the Assembly were the missionary testimonies offered by each national delegation of MISEVI. Lebanon and Spain offered us testimonies of missionaries present in the Assembly and each country tried to present us with “power points” a summary of their missionary activities during the last four years. It is impressive to see how the Spirit works and multiplies the missionary work of the Association and, above all, is overwhelmed to see that the Vincentian identity is present in every project of attention to the most disadvantaged. More than 20 countries are favored with the missionary presence of MISEVI: Angola, Honduras, Bolivia, Ethiopia, Tanzania, Chad, Ghana, Kazakhstan, Burkina-Faso, Kenya, Greece … are examples of countries that receive missionaries that, from their Vincentian identity, carry human and social promotion, together with the Word of God, for the current Galilee of the Gentiles.

The final culmination of the Assembly was the voting for the International Team. The new Team was constituted in the following way: President: Ribel Elías, from Lebanon; vocals: Mary Frances Jaster, from the USA, Mónica Villar from Spain, Asunción Marchan from Venezuela and Marta Marín from Colombia. Together with Fr. Tomaz Mavric, C.M., Sr. Neguesti and the new international adviser that will be announced later, they will form the international team of MISEVI. The sending Eucharist put an end to this V International Assembly of MISEVI. 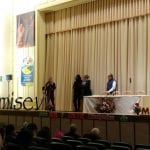 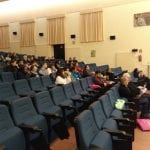 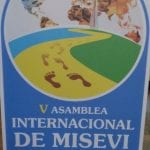 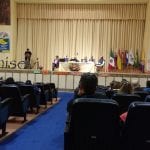 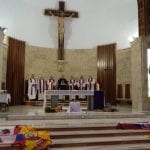 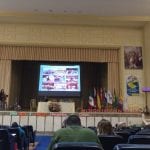 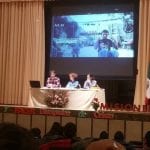 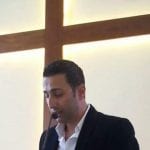