On the 14th of October, Depaul Ireland celebrated 20 years of service helping those who are marginalised and homeless in Ireland and Northern Ireland. Depaul was founded in 2002 by the Society of Saint Vincent de Paul, Daughters of Charity and Vincentian Fathers and Brothers. It represents the Vincentian Family in action. All in the Vincentian Family congratulate Depaul on this milestone and the life changing work that they undertake.The Depaul family came together in Dublin, from 37 services across the island, to mark this milestone in Dublin. 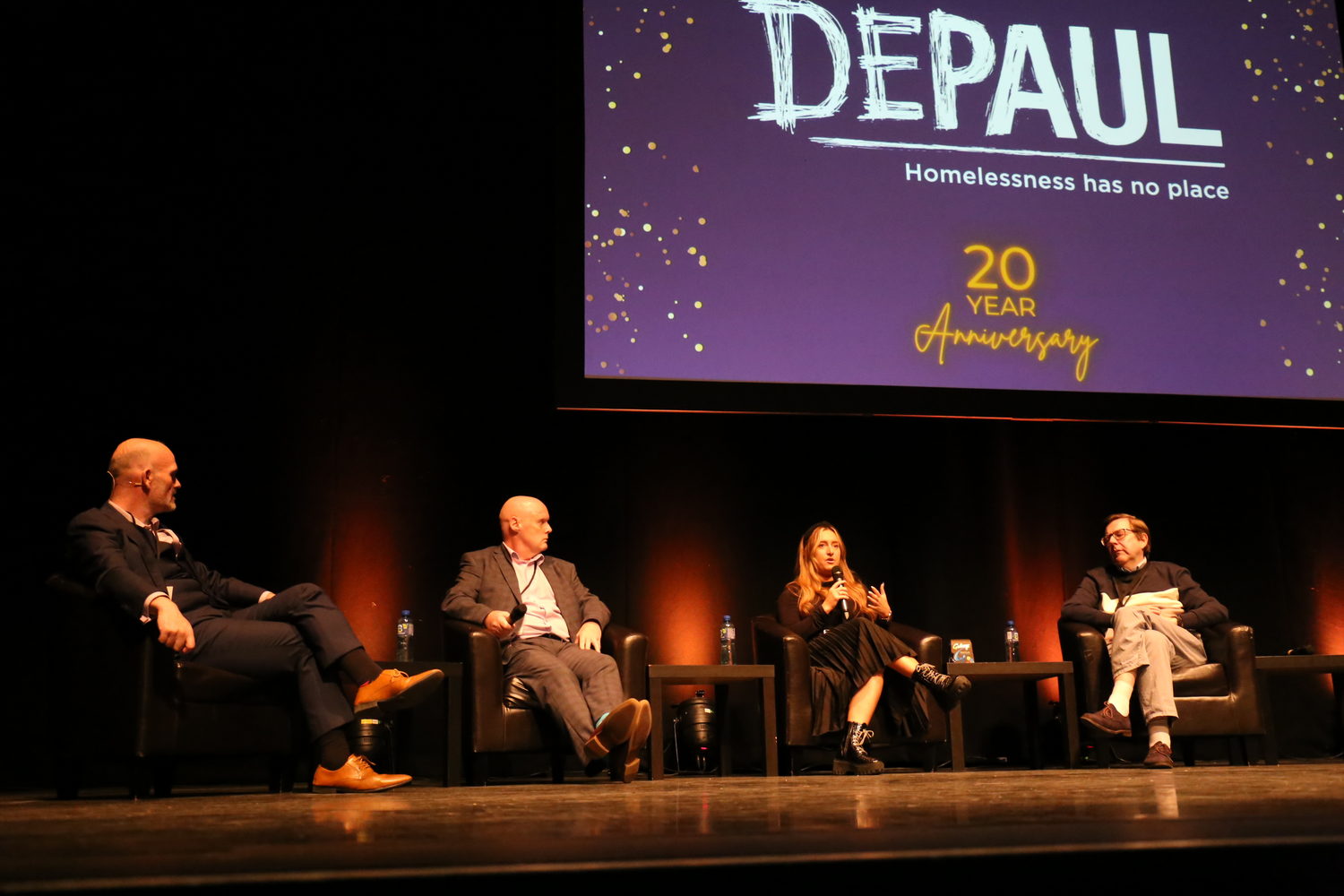 The opportunity was used to reflect on how a compassionate and non-judgmental approach has positively impacted the lives of those who have come through our doors, and how this has encouraged and supported so many to move into safe and sustainable accommodations.We heard from some of Depaul’s longest serving staff members about how it all began – Rena Ward, Kitchen Manager, Back Lane Hostel, Mark McGreevy, Depaul Group President, Kerry Anthony, Previous Depaul Ireland CEO, Deirdre Canavan, Senior Services Manager NI.

There was an insightful reflection on the values of Depaul in the Keynote given by Mark McGreevy.

This was followed by a look at the future vision of Depaul. This panel included Rachel McMahon, Homeless Health Peer Advocacy Deputy Manager and Paul McLoughlin, Peer Advocate, who gave an overview of the H(omeless) H(ealth) P(eer) A(dvocacy), it’s focus on health outcomes for those who are homeless, as well as empowering those with lived experience of homelessness to support their peers. The audience also heard from Alan Dodsley of Depaul Housing and our continued work to find housing-led solutions to homelessness.

Finally, Depaul recognised the incredible work of their staff and volunteers during the past 12 months in the Staff and Volunteer Awards. This was followed by a very moving video from staff and supporters around the world wishing Depaul a very happy birthday. 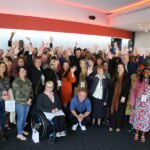 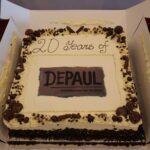 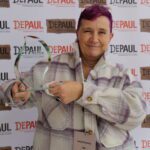