by Vincentian Family Office | Feb 28, 2022 | Congregation of the Mission, News

Launching of the Year-long celebration of the anniversary of the Philippine Province.
One hundred fifty years seem so long but in the life of the Congregation of the Mission, it is like a drop in the bucket. The Philippines was founded as a Province (Province of Manila) in 1872 by Fr. Etienne, the Superior General, who appointed Fr.Valdivielso as Provincial. The latter felt himself unworthy and due to health reasons, he did not reveal his patent. Fr.Salmeron was appointed in his place.

The celebration was a worthy tribute to the past. Bishop Soc Villegas presided at the Solemn Mass together with Fr. Gregg Banaga and Fr.Manny Ginete. About 40 Missionaries of the Congregation and several hundred people, many of them members of the Vincentian Family participated in this celebration. Five ex-Provincial were present: Fr. DelaGoza, Fr. Vargas, Fr.Peralta, Fr.Ginete, Fr. Agner. This group represented the leadership of about one third of the 150 years that we are celebrating. The beautiful Kyrie and Gloria were composed by a Filipino Vincentian (a member of the Congregation of the Mission), Fr. Francis Cruz, and the Master of Ceremonies was Fr. Pura. The representatives of the Daughters of Charity were led by Sister Evidente, the Mother Visitatrix.  Several other women’s religious congregations, the Society of Saint Vincent de Paul (SSVP), the International Organization of Charity (AIC), Legion of Mary, etc. were all represented. 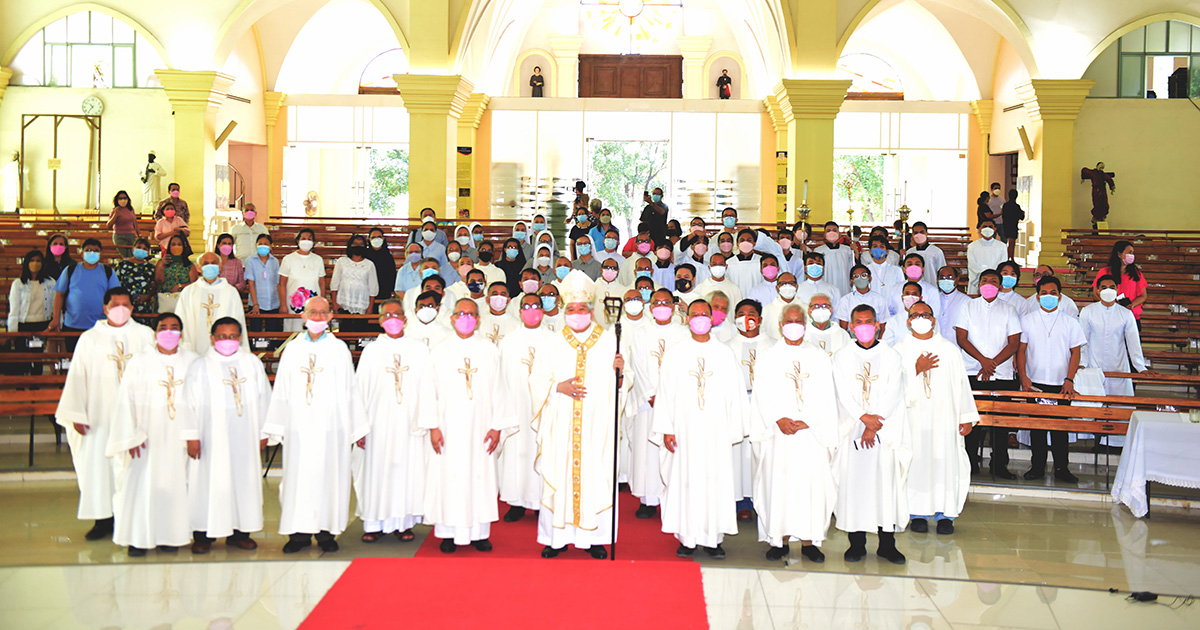 Message of Bishop Villegas.
It was a very Vincentian, hopeful and inspiring message. From the very start he acknowledged his connection with the Vincentian, though he was not Vincentian trained. He said that he was with His Eminence Jaime Cardinal Sin, a Vincentian trained Affiliate, for many years and even before he was ordained, he already knew that the beautiful main building of the San Carlos Seminary of Manila where he studied, was constructed by the Vincentians seventy two years ago. At present, he has invited the Vincentians to his diocese and the beautiful Miraculous Medal Parish in Mangaldan is a witness to his great appreciation to the Congregation of the Mission. He showed his great knowledge of the Vincentian history especially relative to the formation of the clergy and noted that the Vincentians are very much needed in the Philippines today. He pointed out three missions of the CM: mystics, missions, humility—”Be ignorant professors, mystic missionaries and rich enough to tend to the poor.”

Fr.Gregg Banaga thanked all those who prepared for the launching, i.e. the various committees and special mention of Fr.Regua, the Parish Priest of the Santuario. He then expressed the Community ‘s gratitude to Bishop Villegas, not only for his acceptance to celebrate the launching but also for his generosity to the Congregation of the Mission. Finally, he invited everybody to share in a simple meal. 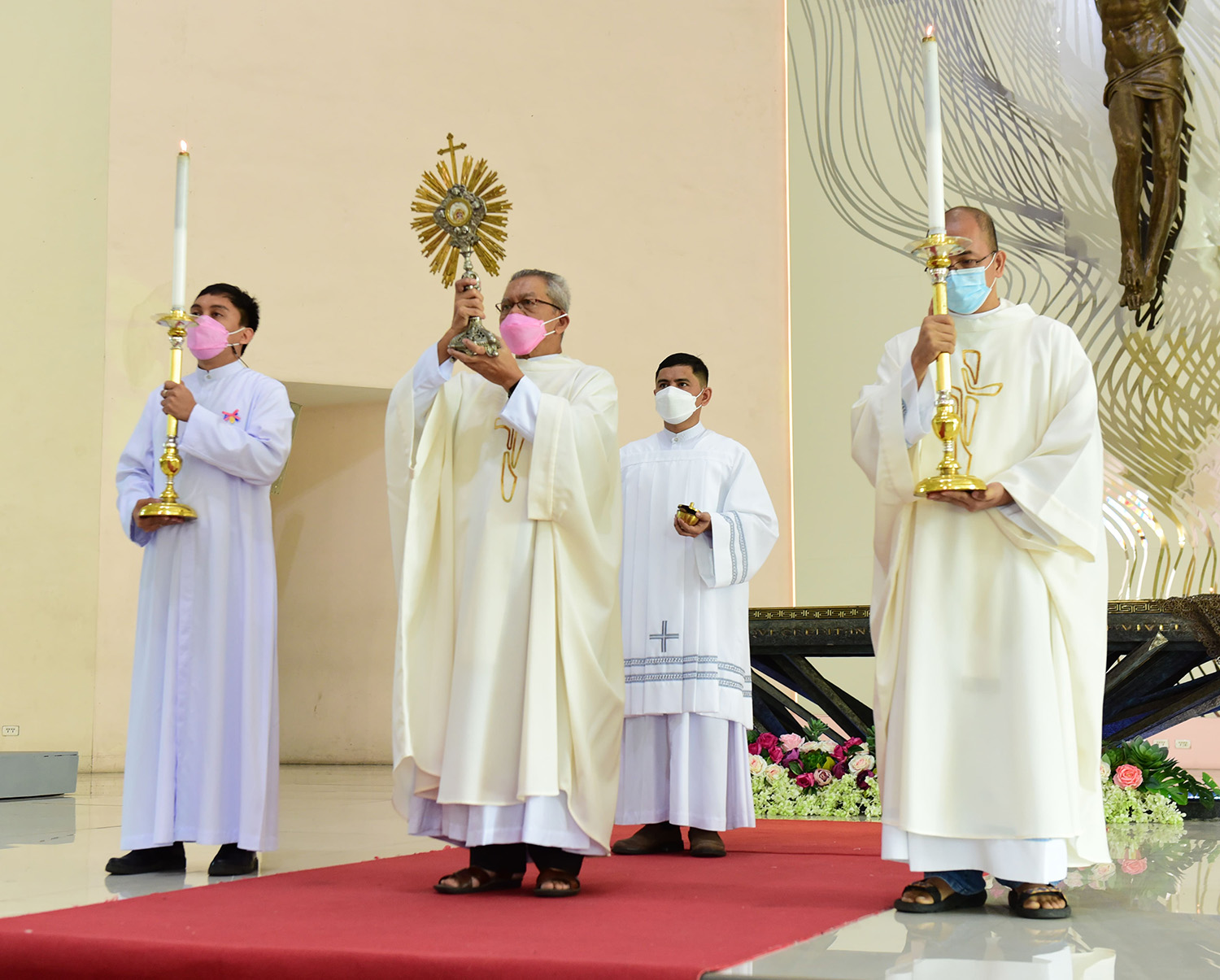 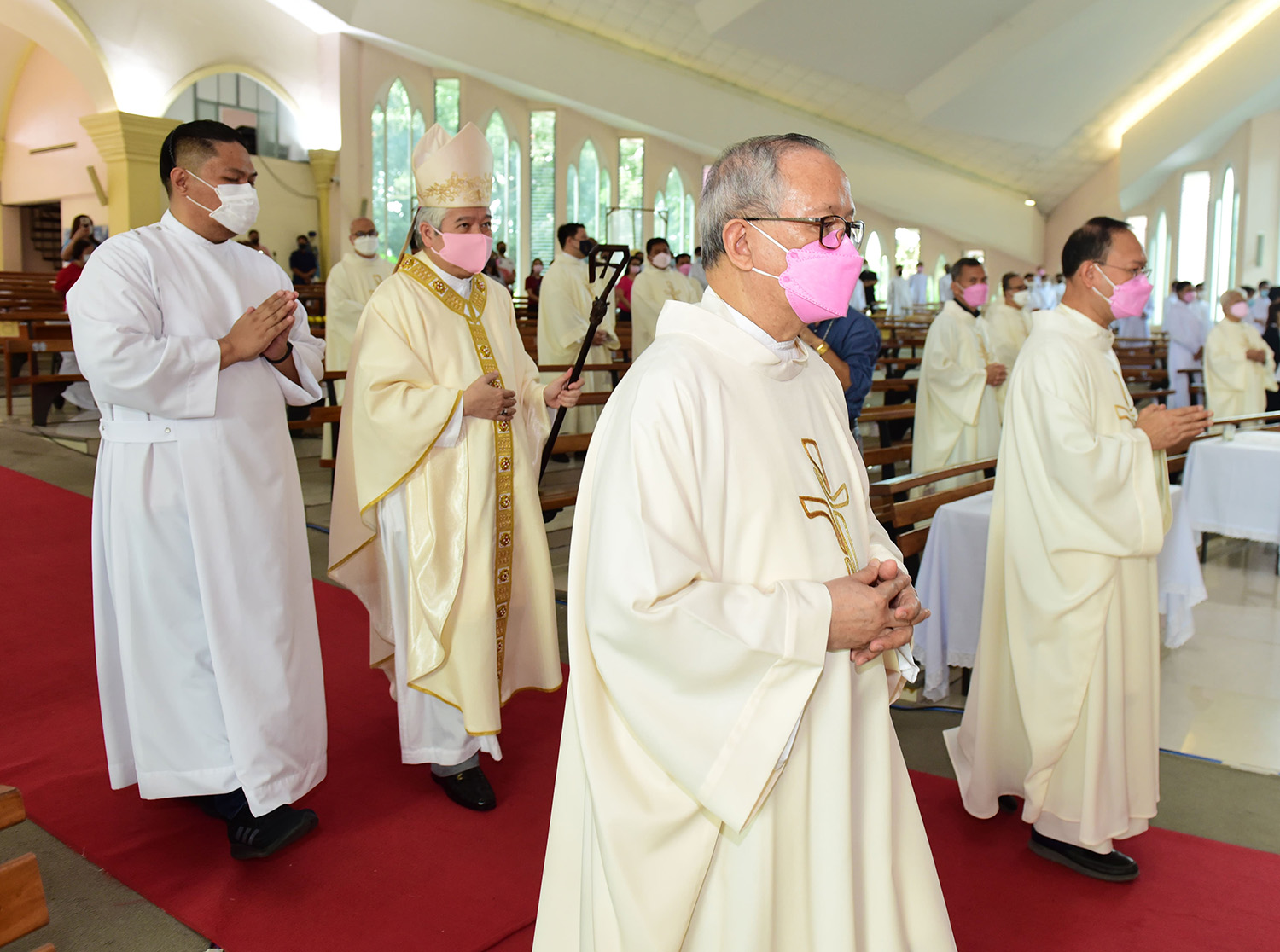 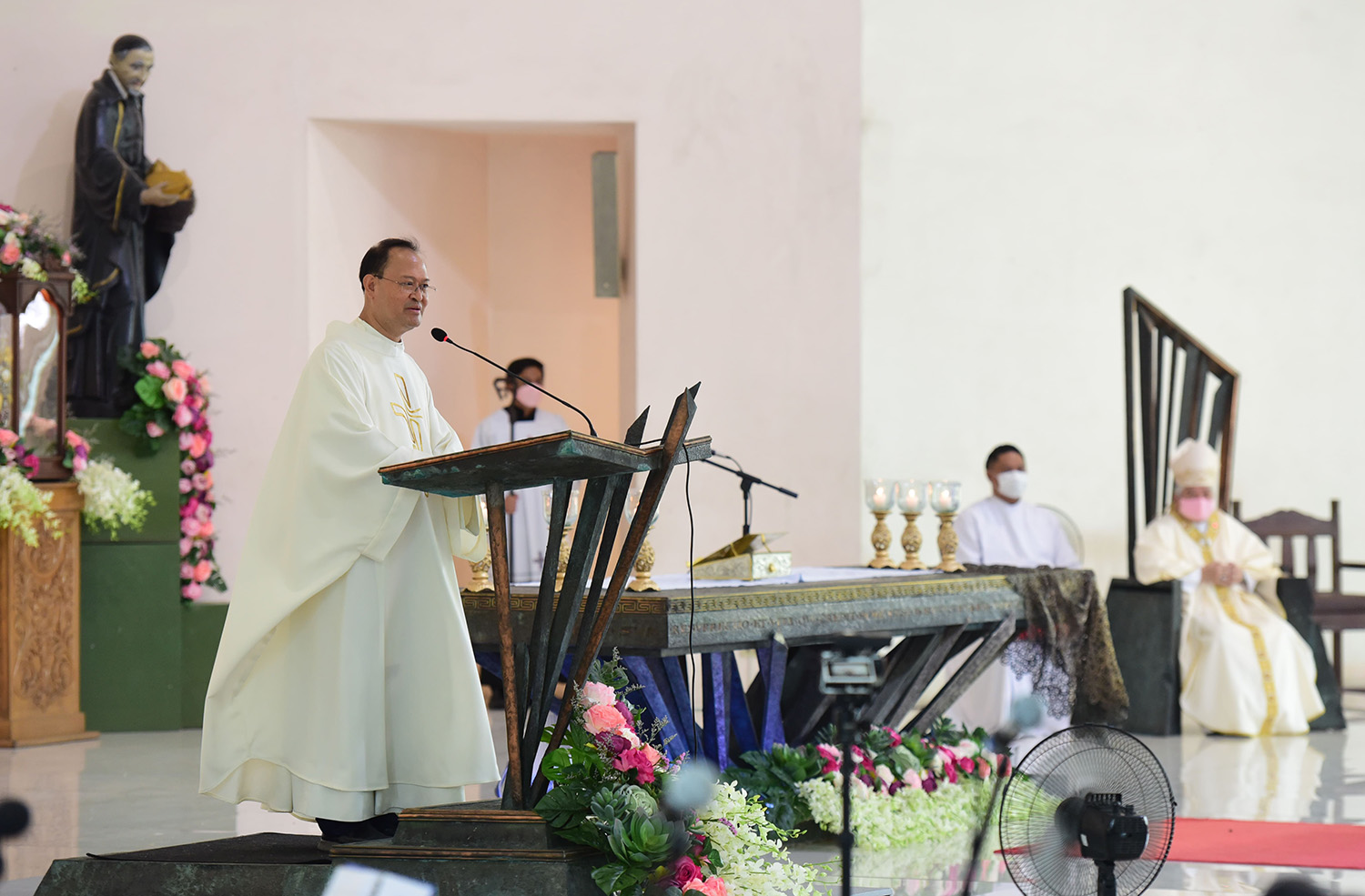 Tags: Philippines
← Vincentian Family of Portugal United In Prayer for Peace in Ukraine Ukraine - St. Vincent, a Ukrainian Rabbi, and an Orthodox Christian →