The Sisters of Charity of Saint Jeanne-Antide Thourent, gathered in their General Chapter, were received by the Holy Father in a private audience. These “Daughters of the Church,” as their Founder liked to call them, have accepted the challenge of Pope Francis to make an original contribution to the synodal movement of the Church which has just been inaugurated.

The 21st Chapter of the Sisters elected a new General Council for the five year period of 2021-2026: Sister María Rosa Muscarella is the new Superior General of the Congregation. She is originally from Lombardy and has 30 years of missionary experience in Africa. 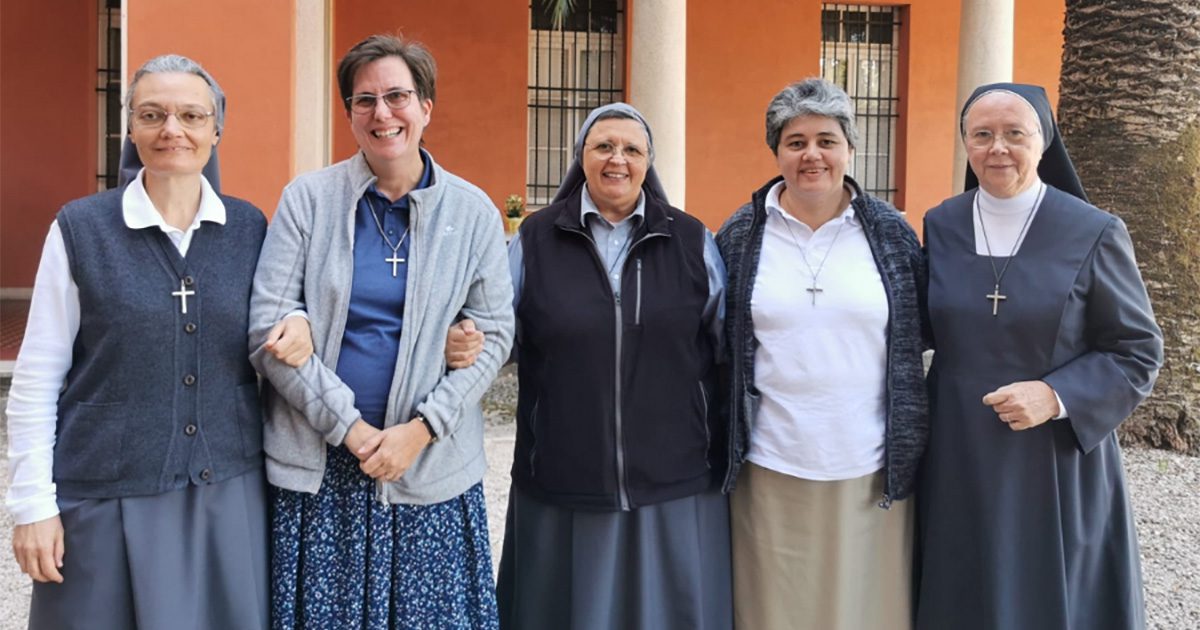 In a spirit of communion, she will be accompanied in her work by: Sister María Luisa Caruso (present coordinator of the Thouret Foundation in Rome), Sister Mirta Marades (committed to youth ministry in Paraguay), Sister Solange Wider (Swiss, formator of the young Sisters) and Sister Wanda María Clerici, (present vicar of the Euro-Mediterranean Province of the Institute).

The Sisters of Charity were founded in France in 1799 (after the Revolution) in order to respond to the religious and social poverty of the era. Today, the Sisters serve the poor and young men and women, offering these people education and formation. They minister in 30 countries and their mission includes caring for the infirm who do not have access to medical care as well as receiving and integrating immigrants into society.

Various members of the community live among the poor in areas such as Lebanon, Syria, Egypt, Ethiopia, the Central African Republic, Chad and the Democratic Republic of the Congo. Recently, a Sister from Pakistan had to abandon Afghanistan where she had ministered in the project: Pro Bambini di Kabul (On Behalf of the children of Kabul).

At the conclusion of the Chapter the forty-nine delegates returned to their countries, bringing with them the call that Pope Francis had addressed to them: Never forget this: always be close to the marginalized; always be compassionate; always be tender!