Summary of the International Meeting of the Famvin Homeless Alliance

From November 26-28, 2018, the International Meeting of the FAMVIN Alliance with the Homeless was held in Rome at the house of the Daughters of Charity. This Alliance was established last year to commemorate the 400th Anniversary of our Vincentian Charisma and a report on undertaking was presented to Pope Francis. 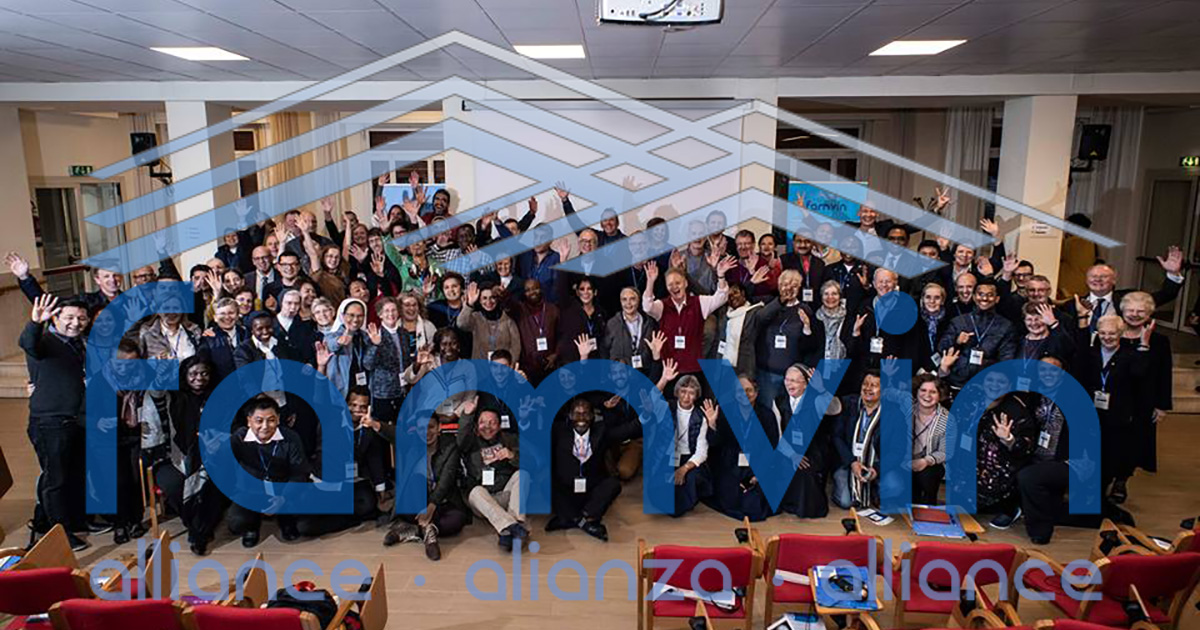 The Conference focused on three aspects:

This meeting gathered more than 100 people, including experts who shared their experiences and explained how we can improve our service to the poor.

The head of this Alliance, Mark McGreevy, gave a presentation as did Father Robert Maloney CM (Spiritual Advisor of the International Council of the Society of Saint Vincent de Paul), Father Aáron Gutiérrez, CM, (Assistant General of the Congregation of the Mission), Sister Kathleen Appler, DC, (Mother Superior of the Daughters of Charity), Father Joseph Agostino, CM (International Coordinator of the Vincentian Family Office in Rome,  and members of various branches of the Vincentian Family. There was a large representation of National Presidents of the Society of Saint Vincent de Paul (Australia, Brazil, Spain, United States, Lebanon, Malawi, Zambia, Zimbabwe, Guatemala, India, etc.).

Some of the issues that were discussed revolved around slavery and homelessness, how to raise funds in order to build homes, how to improve health services for the homeless and how to make this issue a greater priority on the agenda of the UN and of the Church. The participants also addressed the issue of giving greater voice to the poor. Furthermore, they submitted specific instances of cooperation among the branches of the Vincentian Family in some countries, especially in Latin America, where the Society of Saint Vincent de Paul is present in almost all the projects of this type.

This project is rooted in Pope Francis’ encyclical, Laudato Si, which Monsignor Bruno María Duffe, Secretary of the Dicastery for the Promotion of Integral Human Development, explained in a very powerful manner.

The underlying idea is that with the cooperation of the whole Vincentian Family, we work together to make a real and sustainable difference in the lives of homeless people; that we promote the establishment of new services, build a network among the vincentian groups, and support and develop leaders who carry out these activities. The idea is also to share the best practices that can be found in the Vincentian Family. All of this is to be done from the perspective of Vincentian spirituality and should be based on the encyclical, Laudato Si.

The project has been named “13 Houses” because it is inspired by the first thirteen houses built by Saint Vincent de Paul. The Alliance invites us to promote this concern in dialogue with the national or local coordinators of the FAMVIN and thus explore ways to initiate a joint project for the homeless.

The date of this meeting coincided with the anniversary of our Lady of the Miraculous Medal, and therefore a solemn Eucharist was celebrated in the Apostolic Leonian College of the Congregation of the Mission, (presided by Cardinal Angelo de Giorgio, Vicar General of His Holiness).

Tags: Vincentian Family Homeless Alliance
← Charity, the Most Beautiful Title • A Weekly Reflection with Ozanam We Should Do as Jesus, Our Teacher and Master →