“Blessed are those who give themselves to God” 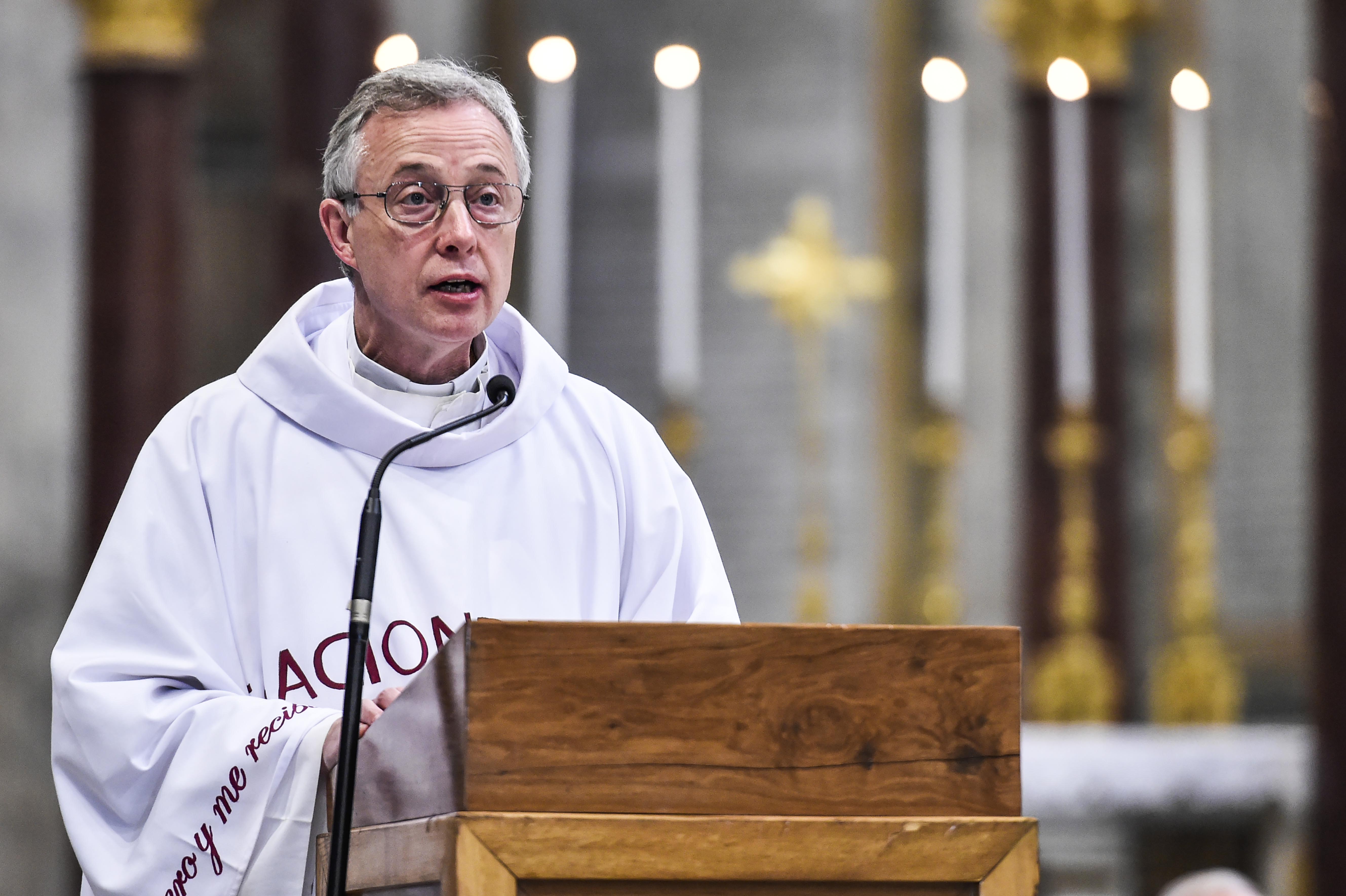 HOMILY
It is with overwhelming joy, happiness, and gratitude that we gather here today at this closing Eucharist of the Symposium, celebrating the 400th Anniversary of the Vincentian Charism.

The mustard seed planted by Providence, by Jesus, in the heart of Saint Vincent de Paul in 1617, has grown to a tree of two million-plus members in 150 countries around the world. From a human point of view, this could not happen, but it did by God’s plan. This is God’s doing, Jesus’s doing, in collaboration with people who heard Jesus’s voice and followed Him to make this mustard seed grow. From Jesus’s point of view, nothing is impossible, and today we are witnesses to this miracle.

Jesus started working on His plan by first inviting Vincent de Paul to change his own life, his own plans, his own ideas, and ambitions. Vincent de Paul began the process of his conversion when he discovered the spiritual and material poverty of the rural people, 400 years ago, in 1617. With time, he came to realize that all the effort put into something would not bring lasting fruit, if one were not identified with Jesus, with His ideas, His feelings, His mission, if Jesus did not become the center of one’s life. “How blessed are those who give themselves to God in this way to do what Jesus Christ did, and to practice, after His example, the virtues He practiced: poverty, obedience, humility, patience, zeal, and the other virtues! For in this way they are the true disciples of such a Master.”

Jesus put the Poor at the center of His mission, at the center of His plan of evangelization, at the center of the Kingdom. Vincent wanted to follow Jesus along this path. The turning point in Vincent’s life was when he started to identify with the poor when he began to realize his own poverty. When Vincent discovered the poor person in himself, when he reached the point of saying no longer “the poor” but could exclaim “we the poor,” it became a clear sign that he openly recognized his own poverty, his own weaknesses, his own sinfulness. From that perspective, from that moment on, he went out to meet others.

In this way, the other person – the spiritually, materially, physically, mentally poor person – became part of him, of his family, became his brother or sister. Thus, Vincent de Paul discovered Jesus in the Poor and the Poor in Jesus. As he told his confreres, “How beautiful it is to see poor people if we consider them in God and with the esteem in which Jesus Christ held them!” Vincent lived what he once expressed so strikingly in words: “Your pain is my pain “.

He discovered the unbreakable unity between prayer and service, the Sacraments and service, the mysteries of Faith and service. The Incarnation, the Holy Trinity, the Eucharist, and Mary, became the pillars of his spirituality. The virtues of simplicity, humility, meekness, giving priority to Jesus and not to persons and things, for the mission, for the salvation of humanity were virtues that Vincent discovered in Jesus himself. They became very much a part of the spiritual structure Jesus was building in the heart of Vincent.

The mustard seed became a large tree. If we remain simply with our thoughts on the past, rejoicing in the accomplishments of the Vincentian Family over these 400 years, and do not keep watering, trimming, and fertilizing the tree, slowly it will start to die. However, by watering, trimming, and fertilizing the tree, that is, by being actively involved today as members of the Vincentian Family, this tree, with God’s grace, can grow even bigger in depth, height, and width, spreading its branches to villages, cities, and countries where it is not yet present. If we want to follow Jesus’s mission through the Charism and Spirituality of Saint Vincent de Paul, we must do so with a clear vision of the future, a clear vision of the signs of this time in which we live.

The Spirit of God, the Spirit of Jesus, the Holy Spirit, works, moves, encourages, brings fire within the Church through numerous gifts and does not cease to amaze and surprise us, to bring us to the goal of all humanity: the Kingdom, eternal life, life in Jesus, with Jesus in eternal happiness. The Holy Spirit brings to life different charisms within the Church, different paths towards the same goal.

A specific charism means discovering a particular hue on Jesus’s face, being attracted to, inspired by, called to follow Jesus, finding a place in the Church, the way to serve, to live the faith, to participate in Jesus’s plan of salvation for every single person and all humanity. As members of the Vincentian Family, we ponder the face of Jesus Vincent de Paul had discovered and by which he was inspired. We see the face of Jesus that changed his life, in which he found the true meaning of his existence and understood the mission he was called to accomplish. We, as his followers, are trying to carry it out in the here and now. Vincent de Paul invites us to deepen in our own lives and to encourage others to discover and follow, the “face of Jesus” that he left to us.

The Vincentian Charism is a way of life. As a way of life within the Church, it is a road to sanctity, the sanctification of our own lives and the lives of others. We can call the Vincentian Family a movement composed of persons who belong to a specific branch of the Family, as well as those who do not belong yet to a specific branch but are inspired by Saint Vincent de Paul’s way and live it in their lives. This is a movement that is inspired by the “face of Jesus,” discovered and followed by Saint Vincent de Paul.

To let the Spirit of Jesus move freely, to collaborate with Him, means we must allow ourselves to be surprised to the point that new branches – or groups of the present branches – may be founded in the future in different parts of the world. To see the “face of Jesus” clearly before our eyes, to grow in charity, to be convincing followers of the Vincentian Charism it is of utmost importance for us:

“The charity of Jesus Crucified urges us” and “love is inventive to infinity.” Let us seek, together, new and creative ways to come to the assistance of the Poor. Our efforts, struggles, and common dreams cannot stop until Charity is globalized. Our common wish and dream is that more and more people will join the walk toward the Globalization of Charity. May numerous persons begin to follow the Vincentian Charism, joining the different lay associations within the Family, as well as the various women’s and men’s Congregations of Consecrated Life as sisters, brothers, and priests.

Dear young men and women from around the world, if you feel in your heart that Jesus is calling you today, called you during this three-day symposium, to join in our common mission by becoming part of a lay association or becoming a lay missionary, sister, brother, or priest, answer positively, with inner peace and conviction. You will be on the right path, the path that will lead you to the highest point of happiness and meaning in your life.

We are celebrating the 400th Anniversary of the Vincentian Charism. Not wanting to fall “into ingratitude, the crime of crimes,” we give profound thanks to Providence, to Jesus, for making this small mustard seed grow into a large tree. We ask forgiveness of Jesus and of the people for all the mistakes, faults, and sins committed by its members.

We ask for the grace to remain deeply rooted in the Charism. We ask, in all simplicity and humility, to engage with even more fire, dedication, and strength in the mission entrusted to us by Jesus, making even clearer the “face of Jesus,” the “Evangelizer of the Poor,” in the world by watering, trimming, and fertilizing the tree so its branches may reach to the farthest corners of the earth. 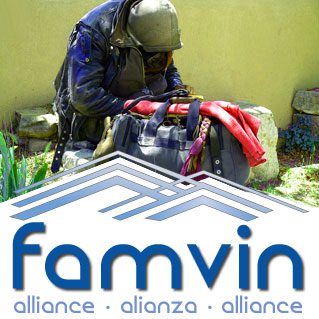