Sixty years ago Pope John XXIII opened a new window in the Church, through which new and fresh air entered. It was primarily a missionary air, a rediscovery of the Church’s identity and essence. Every year, during the month of October, we try to preserve the freshness of that missionary air by praying, reflecting and mainly witnessing our missionary identity. The Popes who succeeded John XXII  continued to stress that the Church’s true identity and essence is found in its missionary nature. In our own small way, we, too, members of the Congregation of the Mission (C.M.), every October receive the missionary call from our Superior General, and this provides us with the opportunity to remind ourselves of our identity in the Church and in society, namely, that of being missionaries like and with the whole Church. Not only that, the Vincentian Family has another vocation: that of being “the missionary conscience or sentinel” in the bosom of the Church.

All Popes have insistently stressed the missionary vocation of the Church, but some in a special way. Immediately after the Second Vatican Council, Paul VI did so solemnly with his encyclical Evangelii Nuntiandi in which he stated that the true identity and essence of the Church is found in her evangelizing mission: “To evangelize, in fact, is the grace and vocation proper to the Church, her deepest identity. She exists to evangelize” (cf. EN #14). Obviously, this reflection of Paul VI was in continuity with the magisterium of Vatican II (Lumen Gentium), but even more explicitly in Ad Gentes, which said: the Church, the people of God, is a missionary Church by its very nature (AG # 2). By its very nature the Church is “missionary.” Pope Francis a few weeks after his election, on March 28, 2013, spoke about the missionary identity of the church as the people of God and stated: “…our people like it when the Gospel we preach reaches their daily lives, when it comes down like the oil of Aaron to the edges of reality, when it illuminates the borderline situations, the peripheries where the faithful people are most exposed to the invasion of those who want to plunder their faith. People thank us because they feel that we have prayed with the realities of their everyday lives, their sorrows and joys, their anxieties and hopes.” Pope Francis is convinced that missionary activity is the paradigm of every work of the Church (cf. EG # 15).  Therefore, wrote the Pope, “we can no longer remain quiet, waiting, inside our churches” but move “from a pastoral ministry of simple conservation to a pastoral ministry that is decidedly missionary” (EG #18).

As we can see, Pope Francis views the question of the missionary vocation of the People of God, the Church, as the the workhorse. The whole People of God, none excluded, is called to be “missionary.” A missionary not with a sad and funereal face but a joyful missionary (EG #20-24). For Francis, the Church is called to live in a “permanent state of mission” (EG #25). Thus, it is not a temporary task but a “permanent, ongoing task” in which people follow the example of Jesus, the missionary par excellence! So, the People of God, the Church, is most beautiful when she is dirty and bears the smell of her flock; she is healthy when she sides with the vulnerable members of society and pitches her tent and serves as a field hospital; she is glorious when she is poor and humble and bows down to lift up the humiliated from the dust. It is indeed a true rediscovery of the missionary identity of the Church! Today, as two thousand years ago, Pope Francis tells us, “the missionary action of the Church has become the paradigm of her every work” (cf. EG #15). 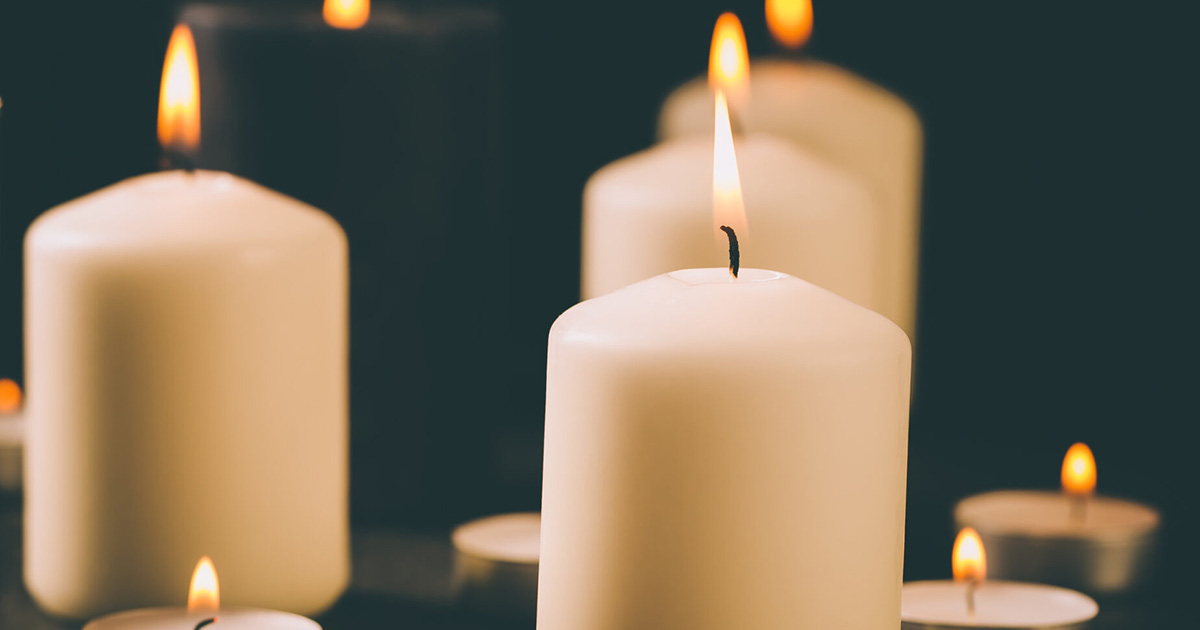 St. Vincent, four centuries before Pope Francis, reminded his sons and daughters that their dignity and identity is found in their being “missionaries of Jesus Christ.” Our Constitutions (CM and DC) were shaped by this spirit. Every article and every page of our Constitutions refers to this spirit from which we were born. Since 1625 and 1633 we have been called to serve and to live as “missionaries” if we want to honor our vocation and identity. Saint Vincent, as Pope Francis also says, has told us that we are “missionaries” by virtue of our baptism (cf. EG #120; Mt 28:19). Pope Francis speaks of the Church as one that is “always going out” (EG #20-23) Saint Vincent, upon returning from a mission, said: “I had the feeling that the walls of Paris were collapsing on me when I came back from the mission…” St. Vincent considered himself a missionary of the peripheries, where the most abandoned poor are found . Yesterday and today, if we want to preserve the missionary spirit, we will have to know how to come out of our shell and leave our “comfort zone.”

Our Congregation, since its birth in 1625 with nuances added during the 1992 General Assembly, is a Congregation that goes out to serve and minister to others. It views itself always on the road seeking the most abandoned poor (C. #1). It is a congregation that claims to travel along the paths of the world to reach the poor who dwell on the geographical and existential peripheries of world: the oppressed, abandoned, and homeless … and claims to pitch its tent among them. In certain parts of the world, Chad and many others, where the shade of the Babau tree (huge, centuries-old trees) serves as a classroom, the members of the Congregation become teachers in these classrooms. Abandoning one’s comfort zone requires sacrifice and mortification. The missionary spirit requires, among other things, this sacrifice and denial of self in order to follow the missionary par excellence, Jesus. If the Church is called to be “a mobile hospital and an outpatient clinic,” as Pope Francis would say, all the more reason for the Congregation of the Mission and the worldwide Vincentian Family to serve in the same manner. A family capable of speaking to the hearts of the men and women of our time by walking their paths; using new and creative methods (Const. #12) because, Saint Vincent tells us, true love is always creative.

THE METHOD OF EVANGELIZATION!

The question of method is crucial. What do we bring with us when we go out on mission? What method do we use? What is the goal to be achieved? We know very well that in some of our missions the presence of Christians is quite minimal … our missions in Tunisia and Turkey come to mind. What is the purpose of “being missionaries in these places?” What is to be done and what are we to offer since we cannot offer the words of the classical catechism? Proselytizing is also a crime to the point that we can close our missions immediately. So what to do? Already this question assumes mission involves “doing,” which is quite mistaken. True mission, even before “doing” is “being.” If we reflect on the method of Jesus and the early Church, we come to understand they did not attempt to obtain mass conversion. They did engage in proselytism. The spread of Christianity in the early centuries, as Cardinal Ratzinger stated in 1989, was achieved through the witness of believer’s: “the conversion of the ancient world to Christianity was not the result of a planned activity by the Church, but the fruit of a realization of faith made visible in the lives of Christians and in the community of the Church. It was the actual invitation from experience to experience, which constituted the missionary force of the early Church.”  Pope John Paul II, in his Apostolic Letter, Novo Millennio Ineunte (January 6, 2001), wrote: We are certainly not seduced by the naive prospect that, in the face of the great challenges of our time, there can be a magic formula. No, not a formula will save us, but a Person, and the certainty it instills in us: I am with you! The method of our evangelization in missions cannot but be through the witness of a life lived in accord with the gospel. Proselytizing is not a good method. Witnessing makes Christianity come alive.

Paraphrasing Pope Francis, we can say that the Congregation of the Mission is “a congregation always going out.” Like the whole Church, we are trying to live out our missionary vocation with the many ups and downs of history. It is a congregation that, since 1625, has wanted to be poor and of the poor, that is, “the place of gratuitous mercy, where all can feel welcomed, loved, forgiven and encouraged to live according to the good life of the Gospel” (EG, no. 114). The sons and daughters of Saint Vincent know that true love is revealed in deeds and not in words. Love for the poor makes the invisible God visible … and we, as servants of this love, are most respectful of the poor: “the Son of Man did not come to be served, but to serve” (Mark 10:45). Pope Francis, referring to the humble service of the Church, stated: “to me the image that comes is that of the nurse, the nurse in a hospital: she heals wounds one by one, but with her own hands. God gets involved, he gets involved in our miseries, he approaches our wounds and heals them with his hands, and to have hands he became man” (Pope Francis, in My Door is Always Open, Rizzoli 2013). His easy and direct language is very interesting. The conversion we speak about is this simplicity of life and language, living our true identity: to be missionaries of the Father in the footsteps of the Son … which involves a transformation of our minds and hearts.

We are “missionaries” by vocation and choice. Yes, we are Vincentians, sons and daughters of St. Vincent. But what does that mean? Does “missionary” define us? Do the Church and the world recognize us as “missionaries”? Are we the sentinels and missionary consciences in our Church? Or have we closed in on ourselves and begun to say: everything has changed! Society has evolved; it is not like it used to be when we were born in the 17th century! Are we passively undergoing social evolution? Is today’s society and its lifestyle not giving space for our missions? Then what to do? Do we close in on ourselves? Closing in on ourselves and building walls in search of comfort zones and ministries that give us security and stability is an all-too-human reaction. Pope Francis and our superior generals (since 1992) have been asking us to go out on mission: “Go therefore into the main streets, and invite everyone you find to the wedding banquet.” (Mt. 22:9). This was also the dream of our founder, St. Vincent. Our going out on mission, having the missionary spirit, for St. Vincent and Pope Francis, is nothing other than to be close to the poor and needy!