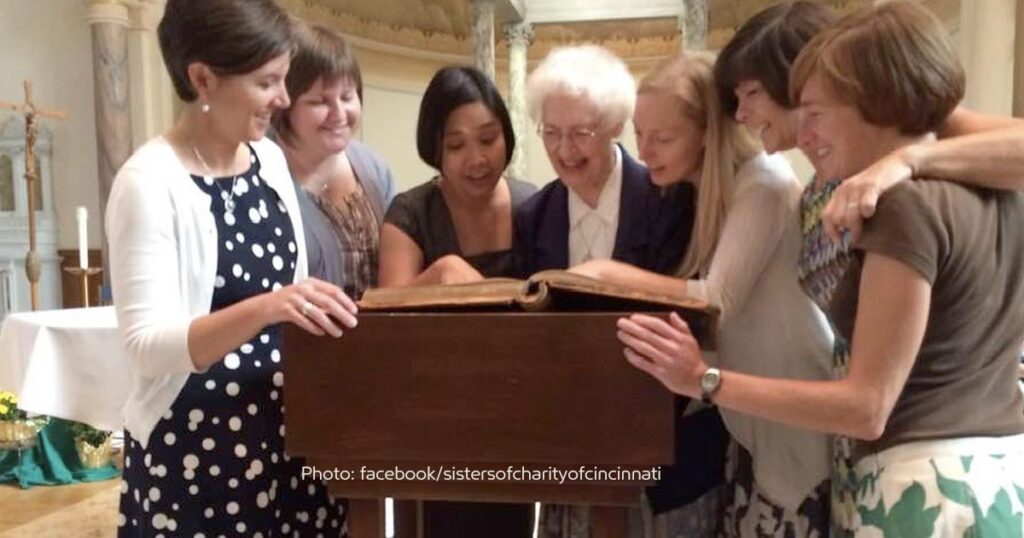 Sister of Charity of Cincinnati Romina Sapinoso professed perpetual vows during a Mass on Sept. 24 in the Chapel of the Immaculate Conception at the Mount St. Joseph Motherhouse. Born in Angeles City, Philippines, Sister Romina received her bachelor’s and her first master’s degree from the Ateneo de Manila University, the Jesuit university in Manila. After arriving in the United States in 2002, she worked as an elementary teacher (pre-K to fourth grade) in public and private schools in the United States for over a decade. She met the Sisters of Charity in 2007 and started living in community with them in 2009. In 2015, she completed a master’s degree in International and Multicultural Education at the University of San Francisco in California. Read story/view photos on the Sisters of Charity of Cincinnati web site