Every November 6, the Church commemorates the Saints & Blesseds martyred in the anti-clerical violence that took place during the Spanish Civil War (1936-39). A number of them were from the Vincentian Family. 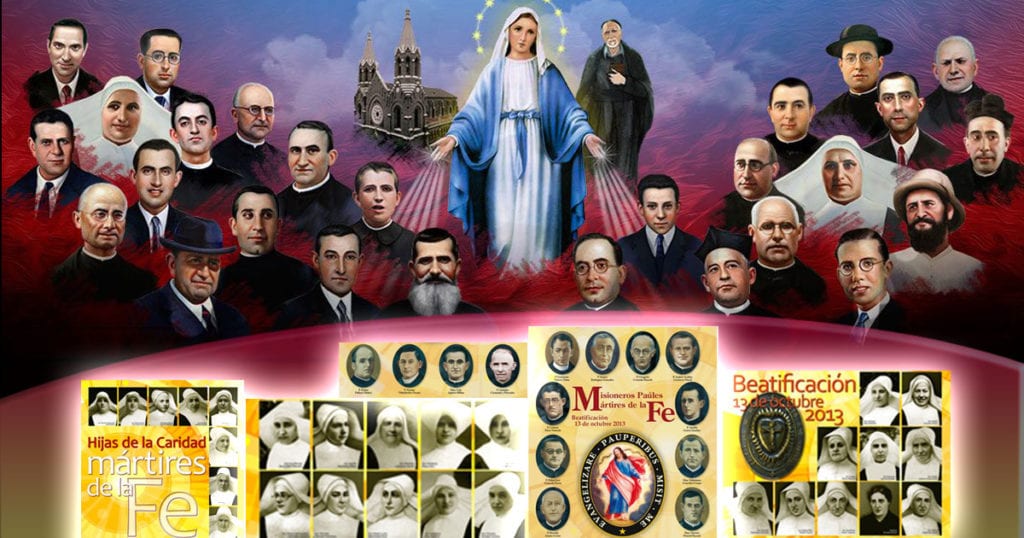 Pope Francis beatified the first group of Vincentian martyrs on October 13, 2013 at Tarragona, Spain. A second group was beatified at a Mass in Madrid on November 11, 2017.

A total of 54 from the Congregation of the Mission, 29 Daughters of Charity, 14 lay Vincentians (Association of the Miraculous Medal and Children of Mary (VMY)) and 5 diocesan priests who were their Vincentian spiritual advisors were killed “in odium fidei”, as a result of the hatred of the Catholic faith.

Each of their lives is interesting and inspiring in its own way. Here are the brief stories of the the first group of Vincentian martyrs (beatified on October 13, 2013):

Slideshow Help
Tags: Feast Days, SlideShare, Vincentian Martyrs
← A Canadian View: The Times, They Are A-Changing Driving a Car For the Last Time →