On November 6, the Church commemorates the Saints & Blesseds martyred in the anti-clerical violence that took place during the Spanish Civil War (1936-39). A number of them were from the Vincentian Family: 54 priests of the Congregation of the Mission, 29 Daughters of Charity, 14 lay Vincentians (Association of the Miraculous Medal and Children of Mary (VMY)) and 5 diocesan priests who were their Vincentian spiritual advisors. They were killed “in odium fidei”, as a result of the hatred of the Catholic faith. 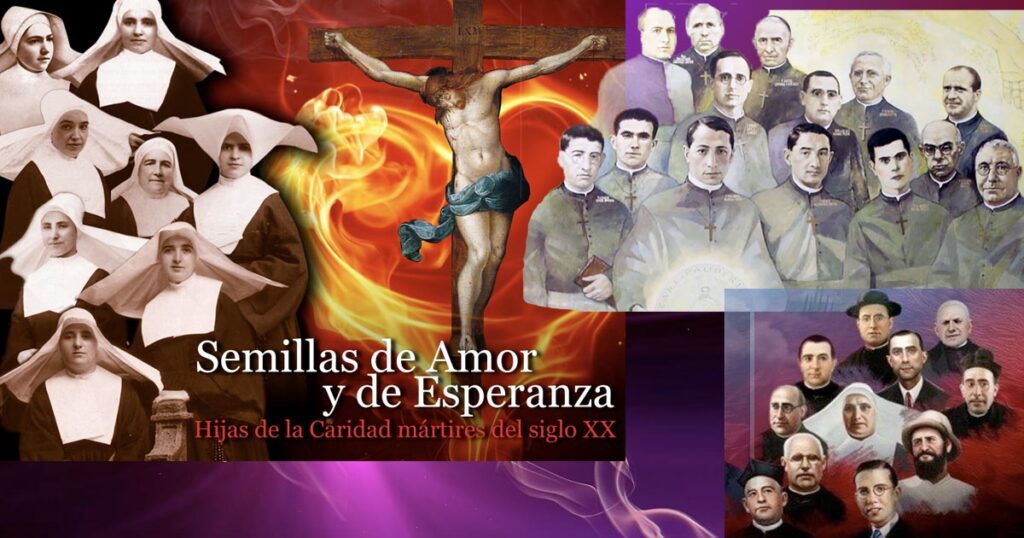 Pope Francis beatified the first group of Vincentian martyrs on October 13, 2013 at Tarragona, Spain. A second group was beatified at a Mass in Madrid on November 11, 2017.

We honor them through the following videos. You can see their faces, names, apostolate, and age at death.