The Sanctuary Caraça received six branches of the Vincentian Family for an historical meeting.

The pilgrimage took place on Sunday, September 11th. On the previous day, some thirty young men and women from outside the state of Minas Gerais arrived at the Shrine. On Saturday evening, there was a meeting that provided the young men and women with an opportunity to know one another and to share their joy as young people. As Felipe Porto, a member of the Society of Saint Vincent de Paul in Rio de Janeiro, stated: how joyful is the life of young Vincentian men and women. 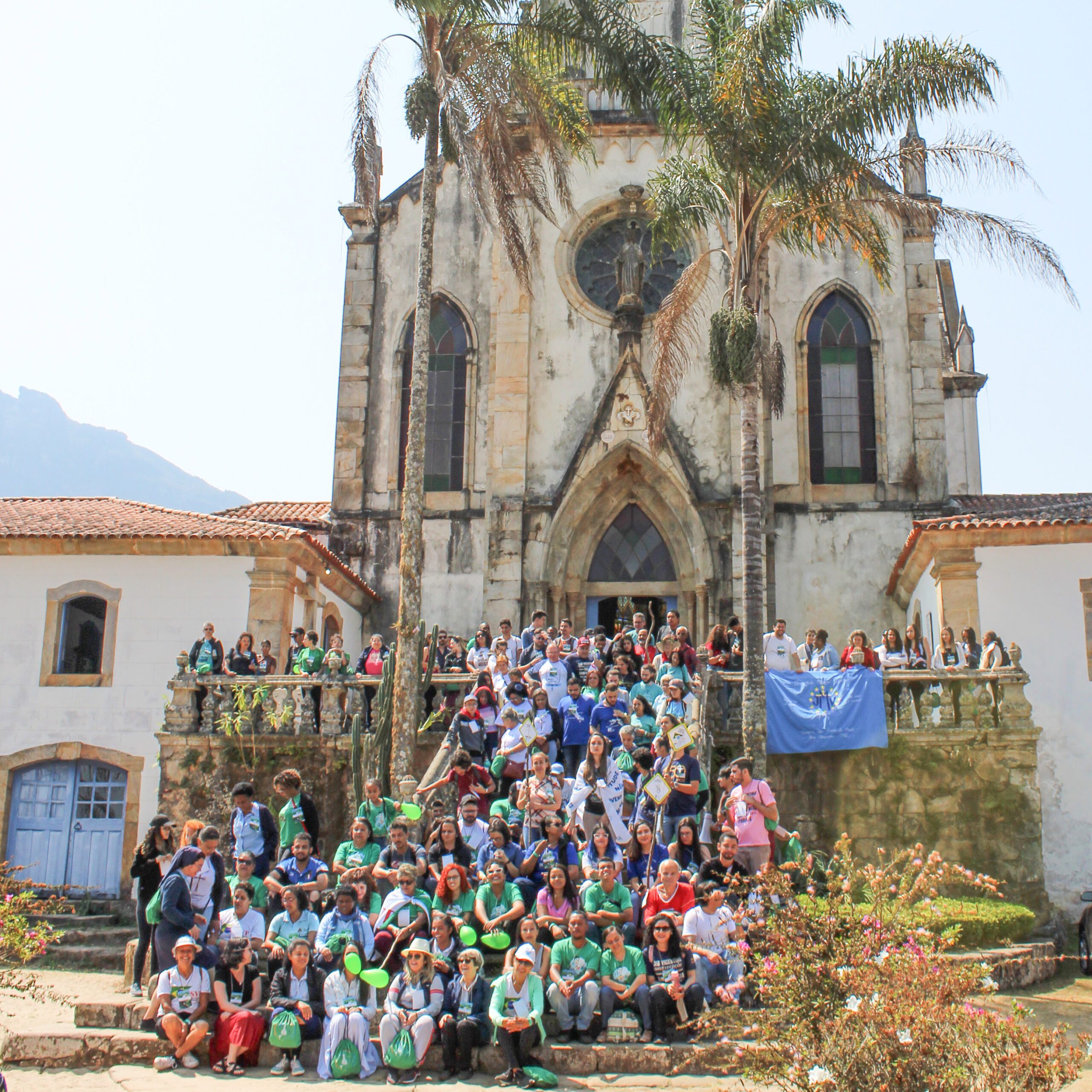 At around 10:30 p.m., everyone retired for the night. On Sunday, September 12th, around 7.30 am, the young people who were already in Caraça began to prepare to receive those who were still to arrive. Breakfast kits were distributed and everyone began to gather at the  Banho do Imperador  [one of the rooms in the sanctuary]. At 8:15 am a time of prayer began as part of the pilgrimage to the Sanctuary Caraça. During this pilgrimage, the young men and women, representatives of six branches of the Vincentian Family (the Congregation of the Mission, the Daughters of Charity, Vincentian Sisters of Gysegem, Vincentian Marian Youth, the Society of Saint Vincent de Paul and Vincentian Lay Missionaries) reflected on their ministry.

At 9:00 a.m. there was a talk by Sister Emilia, DC, on the theme of the Pilgrimage: On the road of the Vincentian charism: dreams and hopes. The official photo of the meeting was then taken and there was coffee break. At 11:00 a.m., the Eucharist was celebrated, (presided over by Father Luis Carlos, CM, and concelebrated by other priests who accompanied the young people). The Church benches were full and many stood during the celebration.

At the end of the celebration, which lasted about ninety minutes, crosses were blessed, distributed and then the young participants in the first youth pilgrimage were sent forth. This was followed by lunch, a quiet and pleasant moment in which everyone could sit at the table and continue their sharing. There was also some free time. At 2:00 p.m., Father Denilson Matías, CM, gave a presentation entitled: Together, being Vincentians and revitalizing our origin. At the conclusion of the presentation some snacks were served and the activities concluded with a musical presentation by Vicente’s Soul .

A very rich, very significant moment occurred when Father Luis Carlos do Vale Fundão, CM, stated that the First Pilgrimage of Vincentian Youth to Caraça is of a living spirit, and that is why we will have a second pilgrimage, a third pilgrimage and hopefully fifty pilgrimages and even more. Deacon Túlio Mederios stated that Father encouraged the young men and women to keep alive this pilgrimage that has just begun..

Amanda Teixeira, a postulant in the Daughters of Charity and one of the organizers of the First Vincentian Youth Pilgrimage, stated: The first pilgrimage of young Vincentians to Caraça was a milestone for the Vincentian Family in Brazil. We had the presence of six branches. We participated in a vocational discernment process; we listened and shared. We got to know a little more about each branch of the family and affirmed the purpose of being transmitters of our charism, sharing our experiences. May this be the first pilgrimage of many more to come! 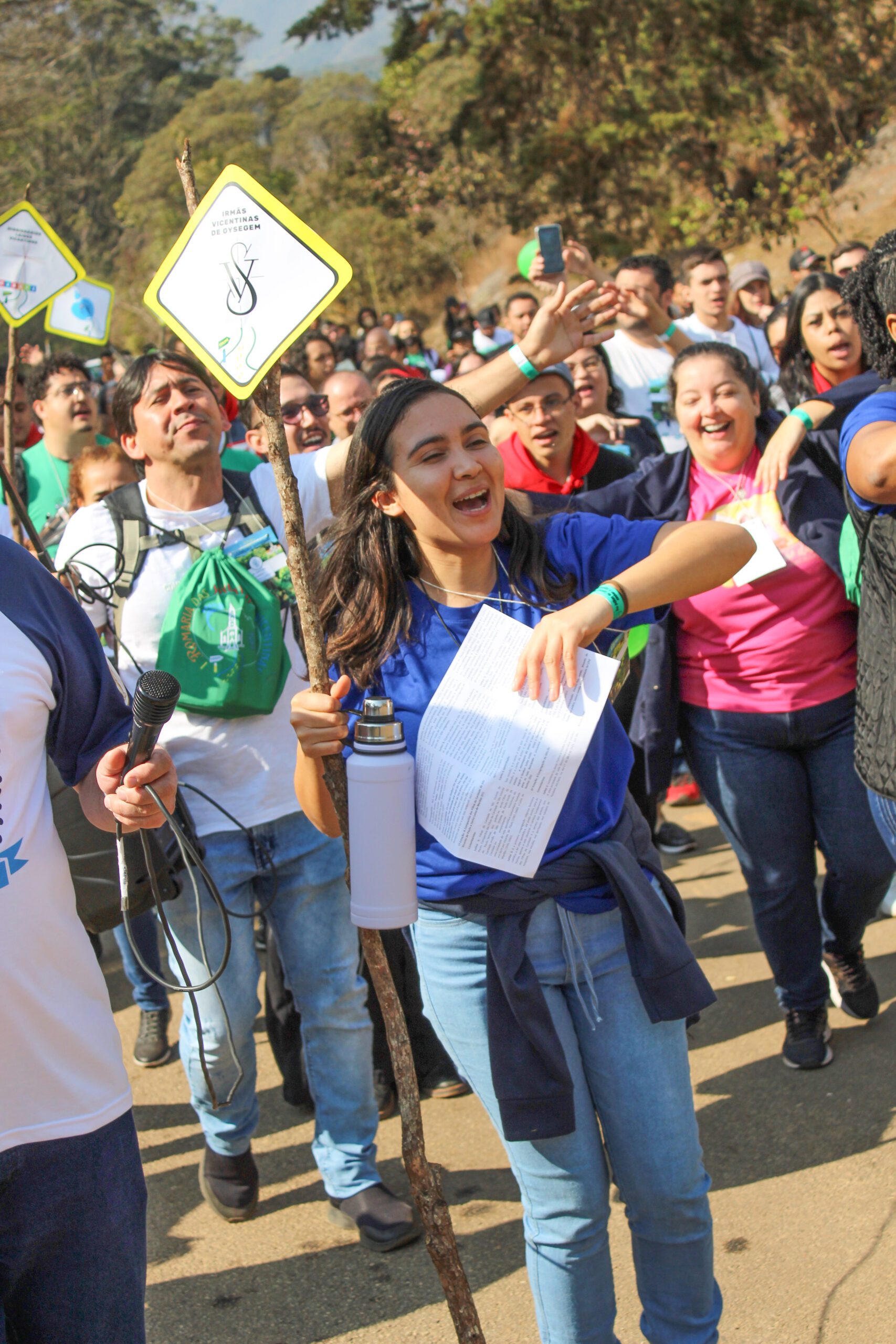