Elizabeth Ann Seton and Frederic Ozanam grounded their lives in the true freedom of Christ, who took what appeared on the outside to be lives of tragic brevity, and brought forth from them great works of charity that continue to flourish today. 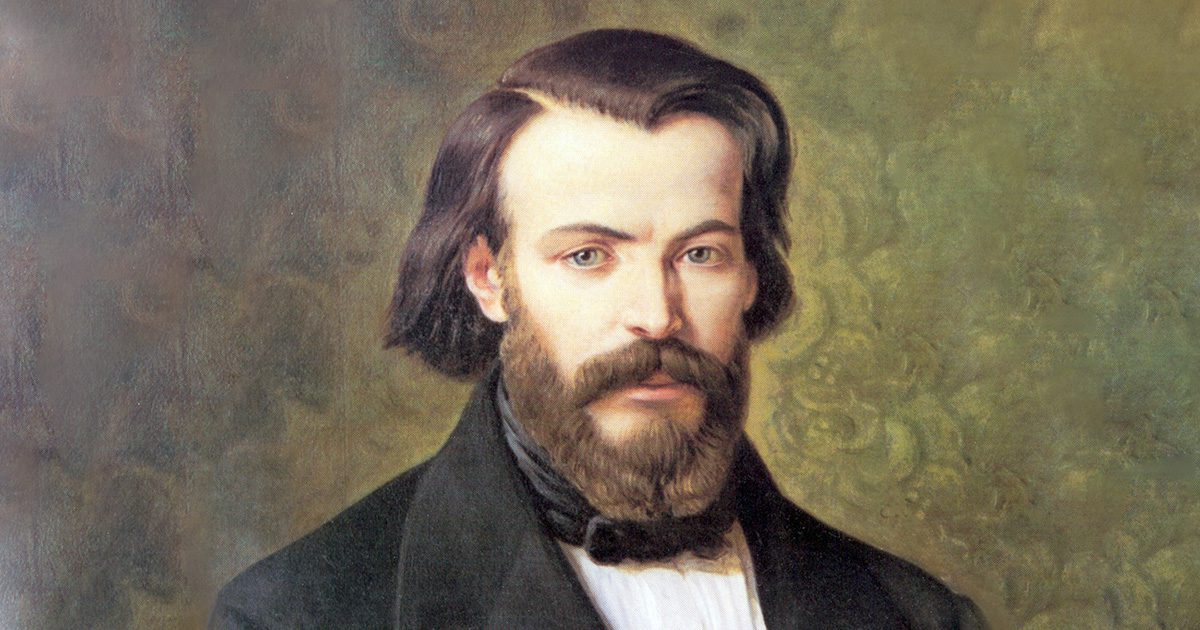 Everyone wants to be free. Yet most of us think of freedom as being free to do whatever we want. Freedom is a child with a bucket of change in a candy store or a shopper at Costco with an unlimited bank account.

But there is another kind of freedom, the kind we see in the saints. This is a freedom that aims not at a multiplicity of options, but rather zeroes in, with laser-focus, on a single option.

We are all, in fact, familiar with this kind of freedom. This is what we see in a young man who finds the woman with whom he wants to spend the rest of his life. She is the “only one,” and at the moment of commitment to her, he feels like his life is beginning, his world is expanding. He feels gloriously tied down and yet full of life and promise.

For the saints, God is the one and only Beloved. Saints embrace God as the meaning of their everything. They want to live for Him alone. Married saints are also like this: they clearly see that God is the one who gives them their spouse and their children—He is the ultimate source and loving presence that secures all of their relationships.

But we must admit, seen from a worldly perspective, the choice to follow God unreservedly, to give oneself over utterly to the Lord’s purposes, often looks like a dark and joyless path.

Consider Elizabeth Ann Seton’s decision to found the first congregation of women religious on American soil, the Sisters of Charity of St. Joseph’s. Seen from the outside, everything was limiting. Elizabeth, a widow with five children, became poorer, had to work harder, and had fewer opportunities for her children than she would have had if she had chosen differently. Still young, smart, and beautiful, Elizabeth could have found a good man, remarried, and recovered something of her former way of life. But in the drama surrounding her husband’s death, Elizabeth found the Lord, and he had become her Everything. So, when he called her, she answered, despite all the sacrifices that were required. She trusted Him.

The saint we celebrate on September 9, Blessed Frederic Ozanam, made a similar choice in his life. A man of great talents, Frederic decided to throw his lot in with the poor as the chief founder of the Society of Saint Vincent de Paul. He made this move apparently almost effortlessly, yet it changed his life—and, in fact, considerably shortened it.

Born in 1813, the son of devout French parents, Frederic developed a deep childhood faith. However, in his teen years, he began to struggle with doubt. At this time, a priest who was also his teacher, took Frederic under his wings. During their long walks together, he listened to Frederic’s questions and patiently and lovingly guided him to the truth of the faith. This truth so fascinated Frederic’s heart that he began a life-long study of history, keen to understand the way that Christ’s Church had transformed the culture of Europe.

Frederic went on to study law in Paris, and at twenty-seven entered a university setting that was hostile to his faith. Nevertheless, he found a handful of friends who believed as he did. They started a club where religion and history could be openly discussed. It was in this club, after a passionate defense of the Church’s historic presence in society, that Frederic received this question from one of his fellow students:

“You are right if you’re speaking of the past: Catholicism accomplished great things in former times; but today it is dead. Indeed, you who brag about being Catholic, what are you doing? Where are the works that prove your faith and works that would lead us to follow in your path?”

This went straight to Frederic’s heart. The student was right: the Gospel must not be only preached, it must be lived out. In the challenging words of his agnostic peer, Frederic recognized at once the call of Christ. Thus, on April 23, 1833, Frederic and six other young men founded a “Conference of Charity” and placed it under the patronage of that great lover of the poor, Saint Vincent de Paul (who, as the founder of the Daughters of Charity, was Mother Seton’s spiritual father as well). This was the beginning of the Society of Saint Vincent de Paul that we all know today.

Frederic went on to do amazing things. He received two doctoral degrees and obtained a prestigious teaching chair at the Sorbonne. He met a beautiful and devoted woman, they married, and had a little daughter. Through it all, he worked on a multi-volume Christian history of Europe and continued his work with the poor.

He was doing the work of two-and-a-half men, and invariably it took its toll. At the age of 39, Frederic was laid low with pleurisy, an illness from which he would never recover. Soon afterward, he wrote a testament of sorts, a dialogue with the Lord. He was still a young man, with a wife, a young child, a career, and a burgeoning apostolate—and he considered how he might bargain with God so that his life might not end: he could leave behind his academic position, sell half of what he owned and give it to the poor, and dedicate the rest of his life to service.

Yet this proposal, Frederic recognized, was nothing more than a gambit to keep God at bay, an attempt to hold something back for himself. But Frederic did not have that kind of relationship with God. God was his Everything, and now God was asking for Frederic’s everything—his very life.

For Frederic, as for all the saints, life is more than just life. True life is tlife in Christ, and it always involves an “afterlife,” a fullness, that overcomes our human limitations. For Frederic the passage death to life was like a crack in the fabric of existence through which Christ could enter the world. Indeed by embracing the limitation of death, Frederic himself became the crack through which the light entered, a light that continues to shine in the charitable society he left behind, which today embraces 300,000 members in 153 countries.

Elizabeth Ann Seton, who died at the age of 46, offered herself in the same way, embracing limits with the conviction that God was in charge, that he could take her little works to places she never dreamed. All that he needed was her complete trust. And, in fact, her communities grew and expanded, spreading their charism of charity throughout the vast country that she loved.

Elizabeth and Frederic grounded their lives in Christ, finding in him true freedom. And He was able to take what appeared, on the outside, to be lives of tragic brevity, and bring forth from them great works that continue to flourish.

And it is we who are their beneficiaries!

LISA LICKONA, STL, is Assistant Professor of Systematic Theology at Saint Bernard’s School of Theology and Ministry in Rochester, New York, and a nationally-known speaker and writer. She is the mother of eight children.