6 months on from the invasion of Ukraine on Wednesday 24th August, aid agency Depaul Ukraine is calling for urgent funds as thousands face exhaustion, trauma and fear at the bitter winter which lies just a few short weeks away. 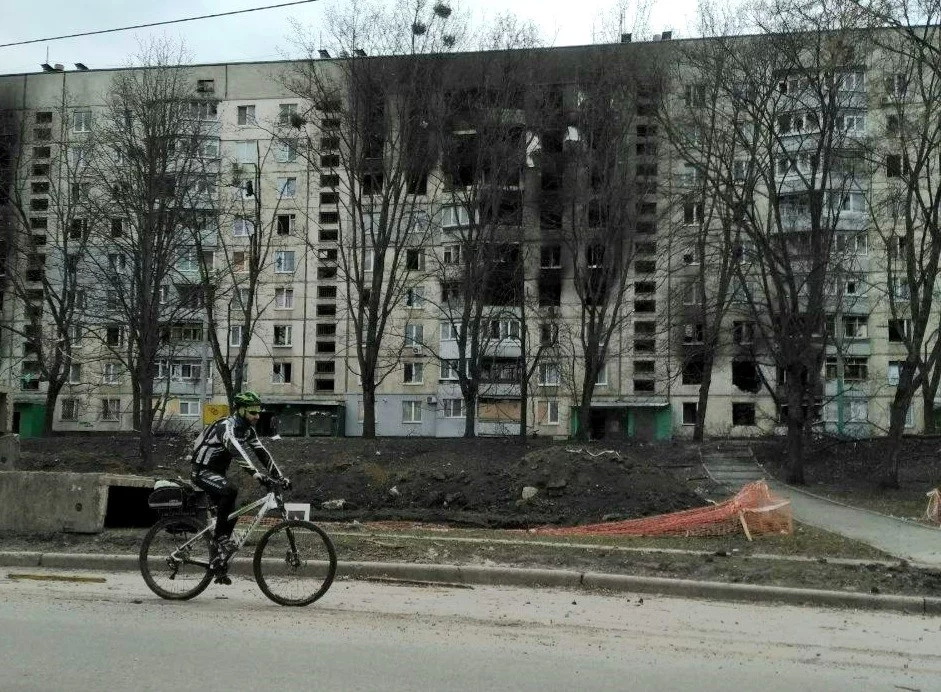 When Russia launched its full-scale invasion on 24 February, hopes were high within Ukraine for a quick defeat, but 6 months on the reality is very different. Officially 5,514 people have been killed, and 7,698 wounded, but these are only the causalities which have been verified, the true figure will be considerably higher. Over 6 million people are internally displaced, and millions are facing daily bombings and a desperate food shortage. On top of this, Ukraine is weeks away from a winter which will see temperatures plummet as low as -20 degrees, with deep snow and ice, making roads inaccessible and conditions perilous for the millions now living with no fixed abode.

Homelessness charity Depaul Ukraine has been working in Ukraine since 2007, and thanks to public donations, Disaster and Emergency Committee (DEC) and Catholic Agency for Overseas Development (CAFOD) funding, and corporate support, has been able to upscale from a few trucks delivering food to a full humanitarian response across the hardest- hit areas of Kharkiv, Odesa and Kyiv. CAFOD has also provided support around safety and security.

The charity has continued to run its long-standing shelters for hundreds, run soup kitchens, and delivered over 1500 tonnes of much food, hygiene, and medical supplies. It is currently helping over 16,000 people every day, many of whom are housebound, elderly and disabled. When fuel ran out the charity even adopted cyclists to help deliver food baskets to those completely cut off.

Now with winter looming, the charity is urgently calling for additional support to prevent mass casualties from freezing temperatures. For over 15 years, Depaul has helped thousands of homeless people, particularly in the winter, who, with no access to adequate housing or access to healthcare, are at risk of frostbite and hyperthermia. Through outreach programmes, emergency and temporary accommodation services and facilitating hospital admissions, it has saved thousand of lives. But this year is predicted to be catastrophic, as hundreds of thousands are homeless from war damage and destruction. There is also a fear that the Russian Federation will target electricity infrastructure preventing people from being able to heat or light their home.

Depaul Ukraine is working round the clock to mitigate the impending reality– helping people with basic home repairs to safeguard their homes from the cold, providing survival kits, including clothing, light, blankets, food and fuel and also providing temporary accommodation for the most vulnerable.

Father Vitaliy Novak, Chair of Trustees for Depaul Ukraine, who runs the operations across Kharkiv, Odesa and Kyiv explains the mental impact the bombardment has had:

“What people say to me most is, after 177 days of this,  we can feel ourselves losing our humanity – this constant bombardment, this desperation, it is dehumanising.  But the aid has prevented people from dropping into this frame of mind. The organised approach, the constant support– it has stopped people becoming almost animalistic by stealing or doing what they can to survive. The amazing aid response has kept people alive but it has also kept people human  – it has given hope so we don’t become hopeless. We also feel that just as we feel the scale of need, we can feel the scale of love from our donors, our supporters, our colleagues. We don’t feel alone. We cannot thank people enough.

“The bombs keep dropping but we are working fast, we just keep going, as quickly as we can. We need to get as many people in safe houses, warm and dry but we cannot meet the need.  We are exhausted and no one is sleeping. The threat of winter is incredibly worrying, sub-zero temperatures are going to kill thousands of  people. We remain grateful and hopeful too that people will continue to support us”.