It is obvious that the outbreak of war in the heart of Europe between Russia and Ukraine, more than four months ago, has focused attention, leaving other conflicts and tragedies in the shadows or forgotten, with their trail of death, cruelty, forced migrations, waves of displaced persons and indescribable suffering. 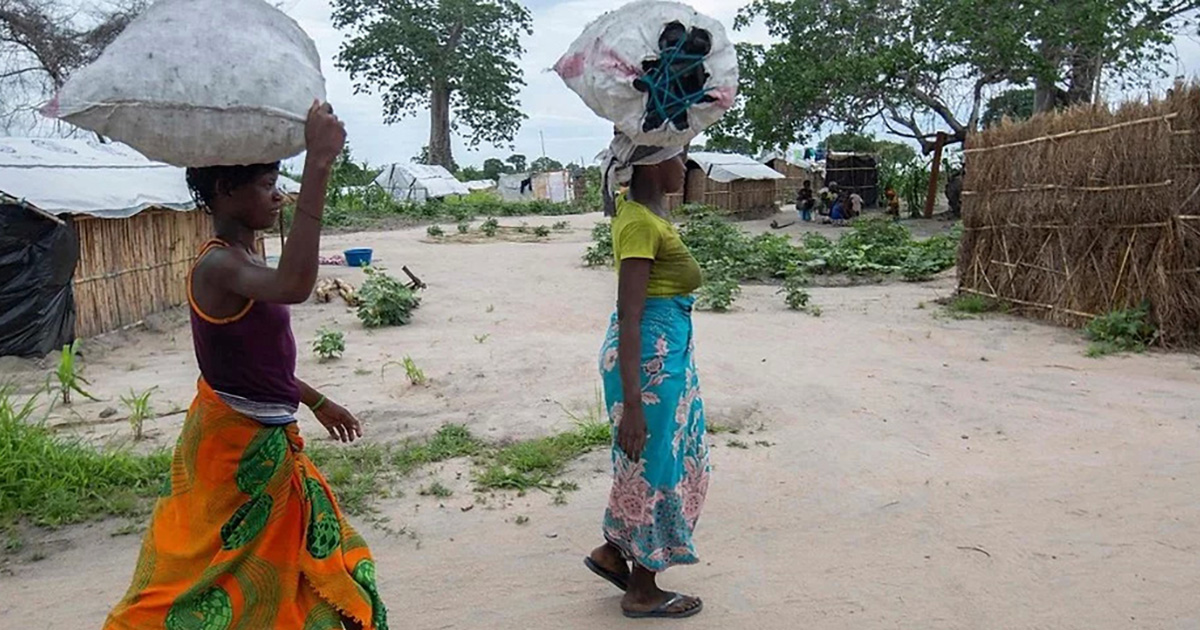 Public opinion follows the media’s lead. When media attention is focused on a new part of the world and the shocking events taking place there, other parts of the planet are easily forgotten, however poignant their dramas may be. It is obvious that the outbreak of war in the heart of Europe between Russia and Ukraine, more than four months ago, has focused attention, leaving other conflicts and tragedies in the shadows or forgotten, with their trail of death, cruelty, forced migrations, waves of displaced persons and indescribable suffering.

From various quarters there are shouts of alarm against the oblivion of the terrorist war that has been going on in Cabo Delgado for almost five years, supported by international Islamic extremism, and which already affects four of the provinces of northern Mozambique. I wish here to echo the cries heard since the end of 2021 through the main sources of information from the Catholic Church, humanitarian organizations in the region and missionaries on the ground.

It is true that, since July 2021, an offensive by government troops, with the support of Rwanda, later joined by the Southern African Development Community (SADC), has made it possible to recapture areas where there was a rebel presence, but the flight of the rebels has led to new attacks in other districts (Lusa, June 22). Throughout this year, despite some military advances, the violent insurgency continues to make itself noticeable and since last month has expanded further south, to districts like Ancuabe, closer to the provincial capital (Pemba).

But the reality is that “this conflict risks being forgotten with the outbreak of war between Russia and Ukraine; much of the international community is focusing its attention on that situation, which is also dramatic” (Archbishop of Nampula, Vatican News, June 09, 2022).

The worst consequence of the abandonment of this conflict is the decrease in solidarity with the affected populations: 784,000 displaced, according to the International Organization for Migration (IOM), and about 4,000 dead, according to Armed Conflict Location and Event Data Project (ACLED). New terrorist incursions in June and July increased the number of displaced or fled to another 25,000 people (O País, Maputo, June 27, 2022).

“War in Ukraine is creating a perfect storm for developing countries, especially in Africa. This crisis is resulting in soaring costs for food, energy and fertilizer with devastating consequences on nutrition and food systems, while making it even more difficult for the continent to mobilize the financial resources needed to invest in its people” (UN chief Antonio Guterres, UN Secretary-General, May 25, 2022).

Unfortunately, the reduction in aid comes when there is an increase in displaced persons due to new attacks. Without means, several organizations have begun appeals to avoid a humanitarian collapse. These include UN agencies such as the World Food Program (WFP) and Unicef, but also civil society and the Catholic Church.

The surge of internally displaced people is straining the capacity for humanitarian assistance in the region, according to WFP Mozambique: “We have to assist some 941,000 people in Cabo Delgado, Nampula and Niassa; they are displaced people and host families who are vulnerable. Due to reduced funding, WFP has been forced to halve the food basket delivered, which means that the food covers less than 40% of the caloric needs. The population (about half, children and youth) is fleeing and leaving everything they have, seeking refuge in safe areas of Cabo Delgado, Nampula and Niassa.”

“I renew the appeal for the world not to forget Cabo Delgado … We must continue to save lives in conditions of extreme poverty; the terrorist violence and the humanitarian crisis continue” (Bishop of Pemba, Ecclesia and ACN, May 23, 2022).

“The rhetoric in recent years by the security forces has been that everything is under control, and again and again the same thing happens. So we continue to feel an atmosphere of total insecurity” (Ricardo Marques, Boa Nova, for 7 years in Pemba, Jornal I, Lisbon, July 01, 2022).

“Much of the financing has come from Europe … A large part of the donors are trying to lend a hand to the Ukrainian brothers. But it is necessary to look urgently at the humanitarian situation in our province” (Caritas coordinator of Pemba, Voa, June 27, 2022).

Meanwhile, the coordinator of the Makobo Platform, a Mozambican social responsibility institution based on the “Solidary Heart for Cabo Delgado” initiative, notes that the new climate of insecurity is frustrating the implementation of the various projects underway, especially in the area of livelihoods for displaced persons, as insecurity is increasing among the beneficiaries.

Hope and pathways to the future

The role of the Church is to point out and expose these situations, in the light of the Gospel of Jesus and in committed action, together with the Christian communities and with all people of good will. And the role that the Church is assuming, since the first violent signs of the insurgency, with Bishop D. Luiz Lisboa and his successor in the leadership, is to be a part of this process. Luiz Lisboa and his successor in Cabo Delgado (Pemba), Bishop António Juliasse, is recognized and praised, worthy of support and trust (cf. Coordinator Helpo, RR, May 05, 2021 and June 09, 2022).

And it is truly admirable the joint work that is being done, with scarce resources, with the help of a network of collaboration in the dioceses of the North, in the humanitarian assistance to the multitude of displaced people, in huge emergency centers. It is worth reading carefully the report of the Bishop of Nacala (March 2021) or the recent statements of the Archbishop of Nampula (Vatican News, June 09, 2022). Young members of the Vincentian Family and the Daughters of Charity, assisted by the members of the Congregation of the Mission, are also involved in programs of assistance and promotion of health and education, in 3 huge camps of displaced persons from the war, in Nacala and Nampula.

To conclude, I recall the declaration of solidarity of more than 30 Catholic organizations in Portugal in October 2021: “The undersigned organizations call for the increase of humanitarian aid and the promotion of development as a means to achieve an effective and lasting peace, in particular to the media,” asking them to “inform themselves about the humanitarian crisis in Cabo Delgado and investigate the different causes of this violence, avoiding partial readings.”