Gradually, life goes back to normal. After three months of the rains that devastated the mountain region of Petrópolis, in the State of Rio de Janeiro (Brazil), Colégio Vicentino Padre Corrêa (Padre Corrêa Vincentian School) students have already returned to class and a great network was formed to help their families and school employees to recover from the damage they suffered.

With the mobilization organized by the Daughters of Charity Sisters together with social workers and school employees, most of those affected managed to recover clothing, books and school supplies. In the last weeks of May, new clothing, beds, mattresses, sofas, stoves and refrigerators were delivered, purchased with money donated by benefactors in France, where the Mother House of the Daughters of Charity is located.

Actions were quick. “On the same day it all happened, we created an online form that was shared on the networks so that we could get acquainted with the situation of the people. In the following days, we learned where and how everyone was and what they needed most”, says Sister Adriana de Souza Viana, the school’s educational manager. Fortunately, no student, family member or collaborator lost their lives in the tragedy that occurred in the late afternoon of February 15, 2022.

The first truck with clothing and food donations arrived in Corrêas from the Shrine of Our Lady of the Miraculous Medal (Rio de Janeiro) the day after the rains. On that same day, the Sisters, in partnership with social workers, had already prepared the ‘O Amor de Cristo nos Uniu’ (The Love of Christ United Us) project, whose objective was to be a bridge between donors and families and to experience  the Vincentian Charism in the dramatic situation of the  floods.

As a first step, the school worked in partnership with the local Parish, the closest support point, to deliver 100 meals  produced in the school’s industrial kitchen every day. At the same time, assistance was provided to parents of students who had lost everything in order to give them immediate help for their most urgent needs, such as cleaning and hygiene material, food, mineral water, clothing, mattresses and blankets, among other items.

In a third stage, a campaign was started among employees and friends of the Rede Vicentina de Educação (Vincentian Education Network) asking for other necessary items, such as backpacks, shoes, appliances, furniture and cash donations. Publishers SM and Editora do Brasil were in charge of the donation of books. The cash goal has already been reached thanks to a donation from French benefactors. “We just have to say thank you. The work of the Vincentian Family was essential and tireless”, says Sister Adriana.

Colégio Vicentino Padre Correa  currently has 1050 students from the 1st to the 9th year of elementary education. Founded in 1966, it is a benchmark in education for the community in the area. 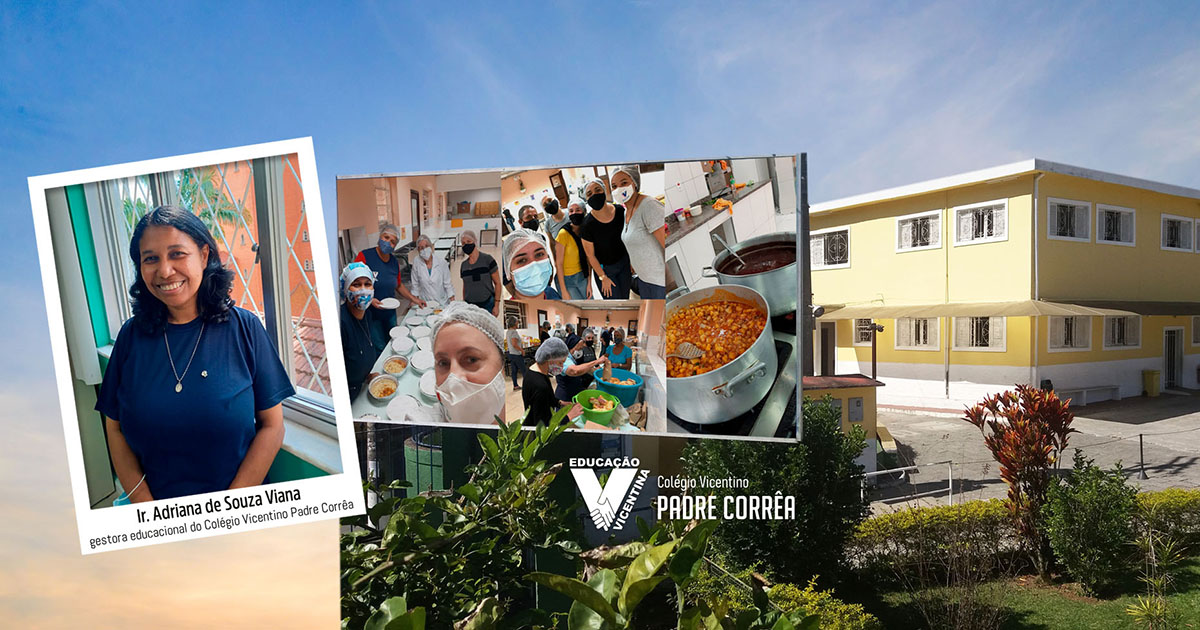 Tags:
← Chronicle of the 43rd General Assembly of the Congregation of the Mission, July 8 The Council General of the Society of St. Vincent de Paul holds “All Africa” Assembly in Nairobi →