181 years ago today, Frederic Ozanam and Amelie Soulacroix were joined in marriage. In her notes concerning the life of her husband, Amelie wrote: Our marriage was celebrated on June 23, 1841. 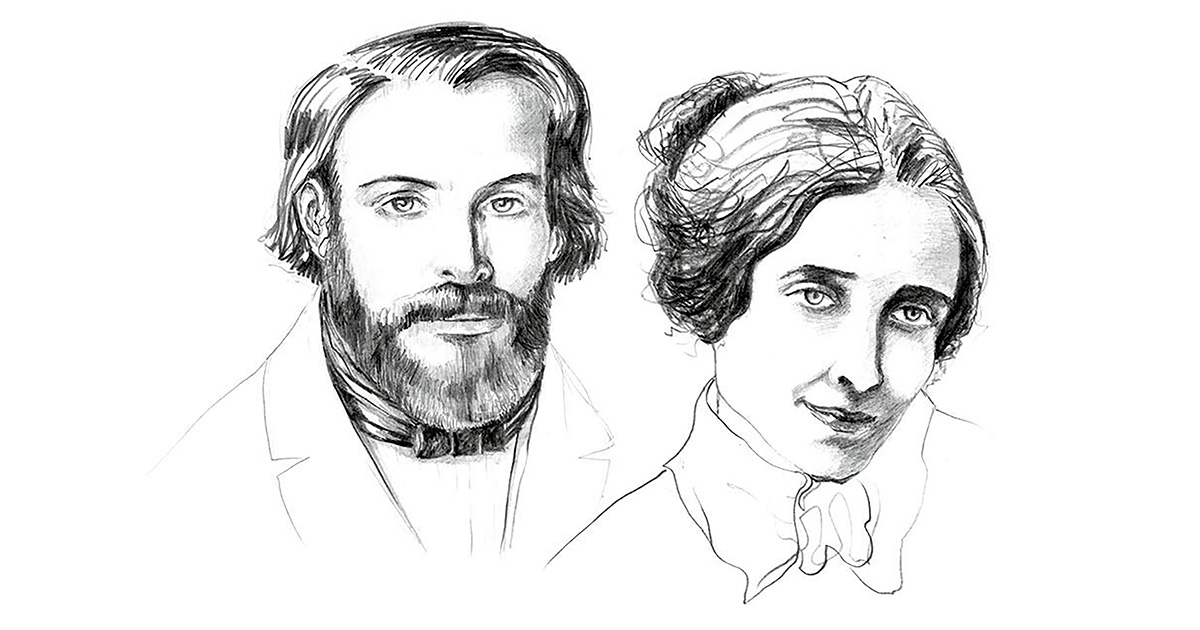 On Tuesday, June 22nd, the marriage contract was signed in the presence of a notary and the marriage ceremony took place the following day: at 8:45am in the town hall and at 10:00am in the parish of Saint-Nazier (Letter written to P. Jaillard and dated June 21, 1841).

Despite the horrible weather (downpouring of rain),the church ceremony was most solemn and moving. Many friends and acquaintances were present. Frederic is much loved and esteemed and everyone wanted to be present in order to share this happiness. Mass was celebrated at the high altar and Alphonse, Frederic’s brother preached a sermon that was quite moving and his words were spoken with much love and dignity. Frederic’s younger brother, Charles, served at the Mass. The young couple appeared beautiful in their modesty and innocence which shone on their faces. You will understand, my dear and beloved mother, all the emotions that stirred in my heart as mother. At that moment I had great trust because I was so confident of the one to whom my daughter had committed herself that there was no reason for fear. They complement one another and there is a certain harmony in their spirit, their character, and their feelings (Letter of Celie Soulacroix, the mother of Amelie, written to her mother, Josephine Magagnos and dated July 5, 1841).

Tags:
← Save our Ocean, Protect our Future Don’t You Understand? →