A Calm Port During a Time of War

We have received this wonderful information from the Community of the Daughters of Charity in San Salvario in Turin. They wish to share with the worldwide Vincentian Family their lived experience of hospitality as they welcomed Ukrainian refugees.

In 2022 a new era began … a new era, more serene, with fewer worries and fewer risks. During the long coronavirus emergency, we felt like domestic refugees. For almost two years, we lived at a distance from everyone, away from crowded places, in the crosshairs of alarming news. Paradoxically, the escape locked us in our houses and rooms for seemingly unending days. We longed and dreamed of going out.

It could never have been imagined that, just weeks later, this new era would bring back dark horizons, worries, risks. Quite suddenly, we became aware of a war that that had global implications … a war that, in a few days, affected and involved Italy and because the primary concern of countless people.

What brought about this new scenario?

Fugitives … refugees. In this new situation we were not the refugees but rather we began to see before our eyes many people: women, elderly, children who were fleeing from a situation of growing violence. Escape from that situation was not a dream but a vital necessity.

The call for the reception of Ukrainian refugees by the Superiors of the Daughters of Charity was immediate. And the response was quick. The Community of Daughters of Charity at San Salvario, Turin, decided to prepare an “emergency hospitality” center for fleeing families: a safe port of call, a quiet, comfortable and humanly warm place where they could recover. A home where they could live together, independently, supported by the Sisters and Volunteers who ministered there. Therefore, on the third floor of Via Nizza 24, in the attic, the rooms usually reserved for visiting Daughters of Charity or for Sisters during spiritual retreats and community gatherings were converted into romos for these new arrivals. Over time, several double rooms were set up as well as a game room, a small kitchen, a dining room and a small living room. The building already houses the Bonacossa School (a kindergarten and primary school), the Ail Association, which supports and welcomes leukemia patients and their families, and the Vincentian Association “La Carità di Santa Luisa OdV “, which cares for the homeless. The Volunteers of this last Association and the Daughters of Charity who collaborate with this last Association willingly took on responsibility for this new service (dealing above all with relational, logistical and sanitary aspects).

Providence has directed and continues to direct this adventure of community, participation and gratitude … an adventure that has been developed in close collaboration with the Ukrainian Consulate of Turin, with the “Specchio dei Tempi” Foundation (which is the main sponsor of “La Carità di Santa Luisa OdV”), and with the Civil Protection Association of the Piedmont Region.

“Hospitality” according to the objectives of the FdC Community involves the reception of mothers and children – sometimes with grandmothers – , single women, entire families (men are admitted only if their family members are there). We have eight places, but eleven beds so that individuals can also be left alone in one room. These “guests” are here for a short period of time and then transferred to places that are more appropriate for a long-term living situation.

Different people from many different situations are accommodated … from large families to single people, from the 88-year-old grandfather of a family of seven to the first child (2 years old) who arrived in a crowded minibus (twelve people, a dog and a girl who traveled among everyone’s luggage). The refugees include professionals and workers, students and teachers (a mathematics teacher was able to continue the school year thanks to the wi-fi network that was already offered free of charge … he was able to reconnect remotely with his high school students who were now scattered across Europe as a result of the war). There are those who hope to return to their homeland, and those who have job opportunities in Italy and see this country as a place that provides their family with a future.

“Emergency hospitality” in support of Ukrainians requires heart, attention and mental speed. Arrivals are sometimes announced in advance and Eastern European travelers can be tracked via telephone messages with reference maps. We have also received requests from individuals already near Via Nizza 24, at the Porta Nuova train station. People carrying the few personal belongings they were able to salvage and but people who are very hopeful.

Preparations often consist of a quick phone call between the Daughters of Charity and the volunteers, and thus arrange the reception of some newly arrived refugees. This is an exercise in communion, discernment, coordination, trust, creativity and generosity. An exercise that strengthens our willingness to never delay in serving the poor. Indeed, as Saint Vincent and Saint Louise teach us: a willingness to leave God for God”

The war continues, victory is pursued at any cost. In the midst of this situation of human misery, only charity overcomes and brings peace to hearts and faces of the refugees … and we, who serve these people, have received much more than we have given. 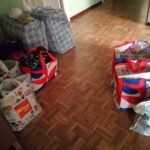 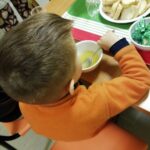 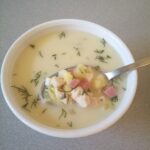 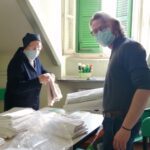 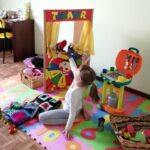