Many parts of Western Kentucky remain scarred by the Dec. 10 tornado, but Volunteers of the Sisters of Charity of Nazareth are busy helping residents rebuild. During a recent trip to Mayfield, a group worked with a family of eight that had huddled together in a closet as their house was torn apart around them.

The experience was traumatic and remains fresh in their minds as they clean up debris from their yard. The father, Abraham, vividly recalls how he barely had time to reach his young daughter before the roof was pulled from the house. It was a haunting, narrow escape. 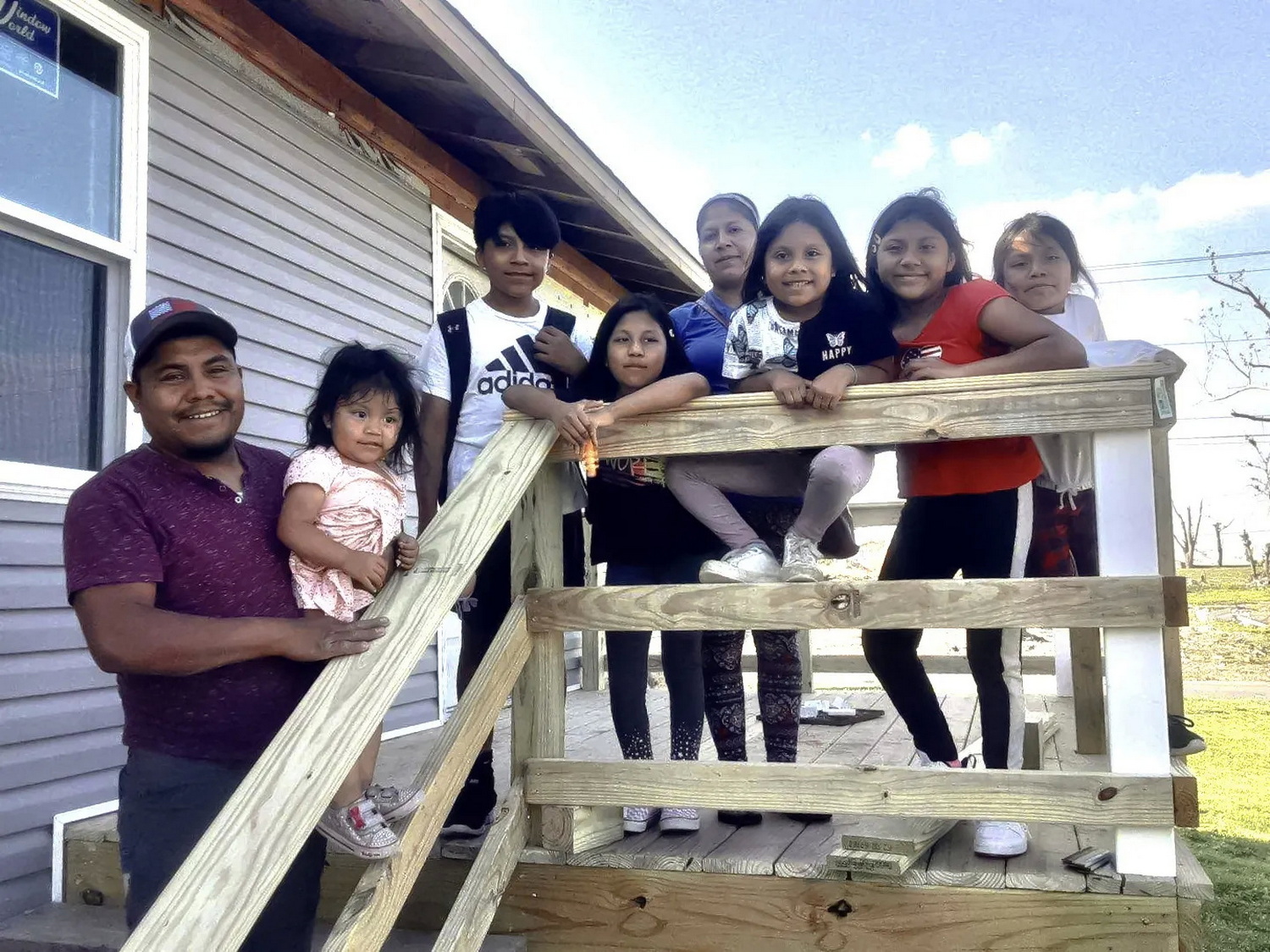 Abraham, Alejandra and their six young children stand on their porch, which volunteers helped to rebuild in early May. The family of eight was home at the time the Dec. 10 tornado ripped through Mayfield. Their home was torn apart around them. 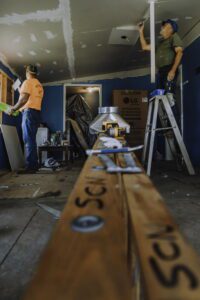 Despite the destruction left in the storm’s wake, the faith that shines through communities such as Mayfield is powerful, said Ellen Sprigg, assistant director of the Sisters of Charity of Nazareth’s Lay Mission Volunteer Program.

Sprigg and about a dozen volunteers spent the week of May 9-13 working on interior and exterior repairs of Abraham’s home, which he shares with his wife, Alejandra, and their six young children.

“This is a beautiful family in dire need,” Sprigg said while taking a quick break from working at the home one afternoon.

Months after their town was devastated by the tornado, there is still much work to be done at the site before the family can move back in. In the meantime, they are renting another property in the area and trying hard to get by. Abraham has returned to his family’s home frequently, working to rebuild little by little. The visits from volunteers are helping move the project along.

“Our Disaster Relief ministry is reaching out to people and being the hands and feet of Christ today, in a world that has been so traumatized by disasters.” 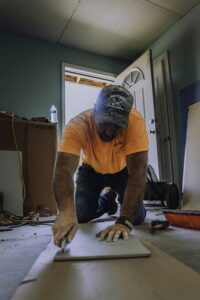 While the experience has shaken the family, life and hope still radiate from these Mayfield residents. The children laugh and play in the yard after school as volunteers and their parents work around the home. Slowly, the youngest child warms up to visitors and flashes a smile between bites of an orange. Their mother, Alejandra becomes emotional as she prays with volunteers over lunch and holds the toddler’s hand tightly.

Inside the home, a few photographs show life before the storm, and a little paper angel is taped to the wall where volunteers plaster holes. While the family lost much, they have a close bond and a community to support them.

Many others in the town were not as lucky. A neighbor’s child died in the storm, and the street is filled with boarded-up homes and an eerie quiet aside from the occasional sound of hammering and sawing. A house next door sits vacant and collapsed, a crib protruding from the rubble.

A short drive down the street shows the distinction in the tornado’s path. Homes with perfectly manicured lawns sit adjacent to overturn school buses and a crumpled church. Christmas decorations are still visible among the shattered glass of downtown storefronts, and a traffic light pole is twisted and bent to the ground in front of a mural that reads, “Mayfield: More than a Memory.”

The visits to Western Kentucky are sobering for the volunteers, and the work is meaningful.

“Although I had heard about the tornado and saw things on television, it was not the same as being there and seeing the aftermath firsthand,” said Sarah Geier, SCN. 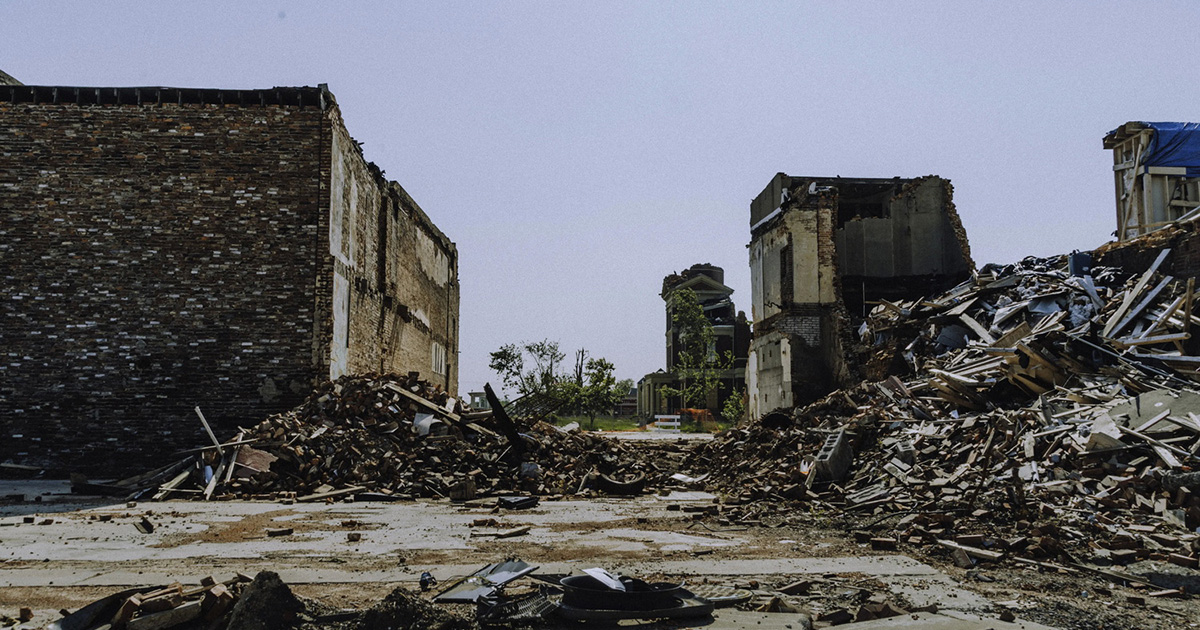 Sister Sarah was glad to visit the worksite and represent the Sisters of Charity of Nazareth. She said she was inspired by the family, watching Alejandra patiently tend to her children and tidy up the yard in the heat as volunteers were busy inside.

“That was just something, to see her do that,” she said.

The early May visit was the Volunteer Program’s first to Mayfield. More volunteers will return to the area on May 23-27 in collaboration with Catholic Charities to connect with families, repair homes, and offer spiritual support.

Luke Boiarski, SCN, the Lay Mission Volunteer Program director, will be among those attending the second trip. She’s helped with rebuilds in other parts of Western Kentucky and numerous other disaster sites, such as Joplin, Mo., hit by a tornado in 2011.

“Our Disaster Relief ministry is reaching out to people and being the hands and feet of Christ today, in a world that has been so traumatized by disaster,” Sister Luke said.

In these times of chaos and uncertainty, those affected need hope and support. Sister Luke believes the ministry fulfills this need, not only when disaster first strikes but also for the long haul.

“We will probably go down to Mayfield, to Campbellsville many times,” she said, because there are always new ways to help. “To see how people’s lives are so destroyed and how they look for symbols of hope, I think we bring that to them.” 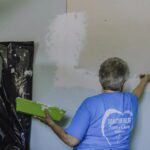 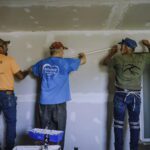 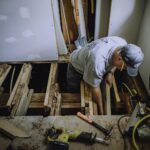 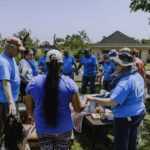 Tags:
← Leadership Conference of Women Religious Calls for Action to Prevent Gun Violence Where is human dignity, I ask? →