by .famvin | May 23, 2022 | International Association of Charities - Ladies of Charity, News

The Tamar project was created in response to the high rates of violence against women in the Awajun community in Peru. The project, which was awarded an AIC Prize (Delva Prize 2021), aims to combat violence by organizing awareness-raising activities for parents, children and teachers. It also provides vocational training for women who are victims of violence. This is a collaboration between educational institutions, health professionals and various local authorities. 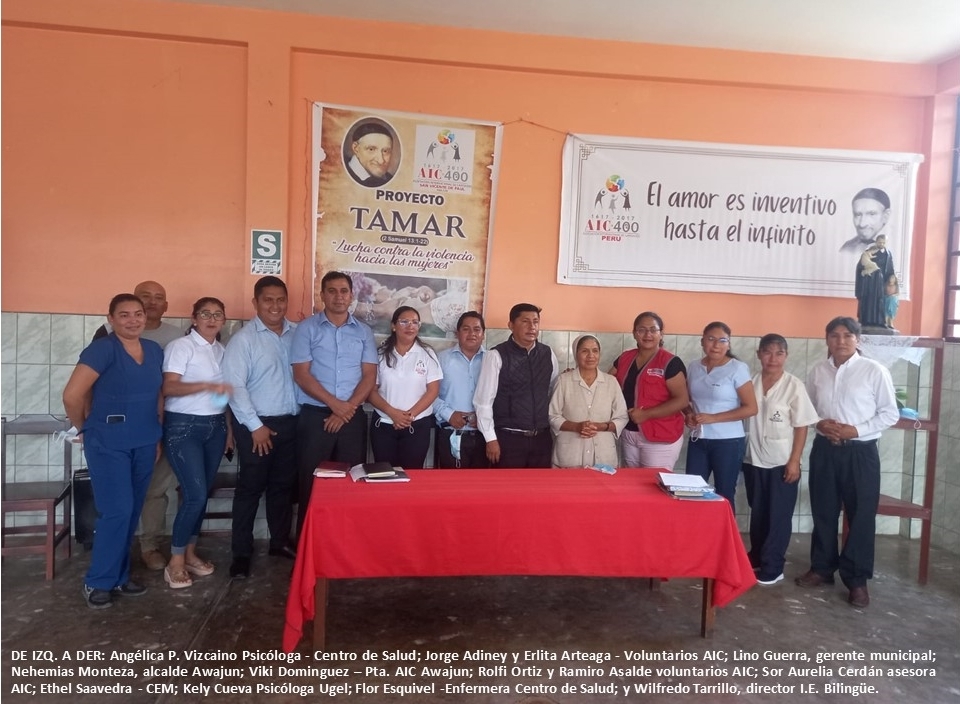 The launch of the project was reported in the local newspaper “Ahora” in early March:

Project TAMAR “fight against violence against women” is launched

In the auditorium of the San Vicente de Paul Educational Institute, in a brief ceremony, AIC launched the TAMAR project “fight against violence against women,” which was attended by the mayor of Awajun, the representative of the UGEL Rioja [Local Educational Management Unit] and the director of the Bilingüe CC. NN Bajo Naranjillo Educational Institute.

The president of the AIC, Vicky Dominguez, announced the start of activities with the launch of the project and explained the objectives of the Association, which will begin with training, workshops and raising awareness on the fight against violence against women in the district of Awajun.

The training will be done with teachers, parents, students and awareness actions will be in the villages and native communities with higher rates of violence, with the prior authorization of the APUS [Indigenous People’s Association], said Vicky Dominguez, president of the AIC-Awajun.