The Society of St. Vincent de Paul in Spain is Helping the Ukrainian Refugees

The ongoing conflict in Ukraine has led to an intense movement of millions of refugees fleeing their country to safer destinations. Faced with the need to assist both the refugees in Poland and those wishing to move to Spain, the Council of Bilbao of the Society of St. Vincent de Paul of Spain (SSVP) organized a convoy of 5 vans that departed for the Polish-Ukrainian border on March 14, filled with food and other essentials. Ten Vincentians and volunteers made their way to Poland with all this material. 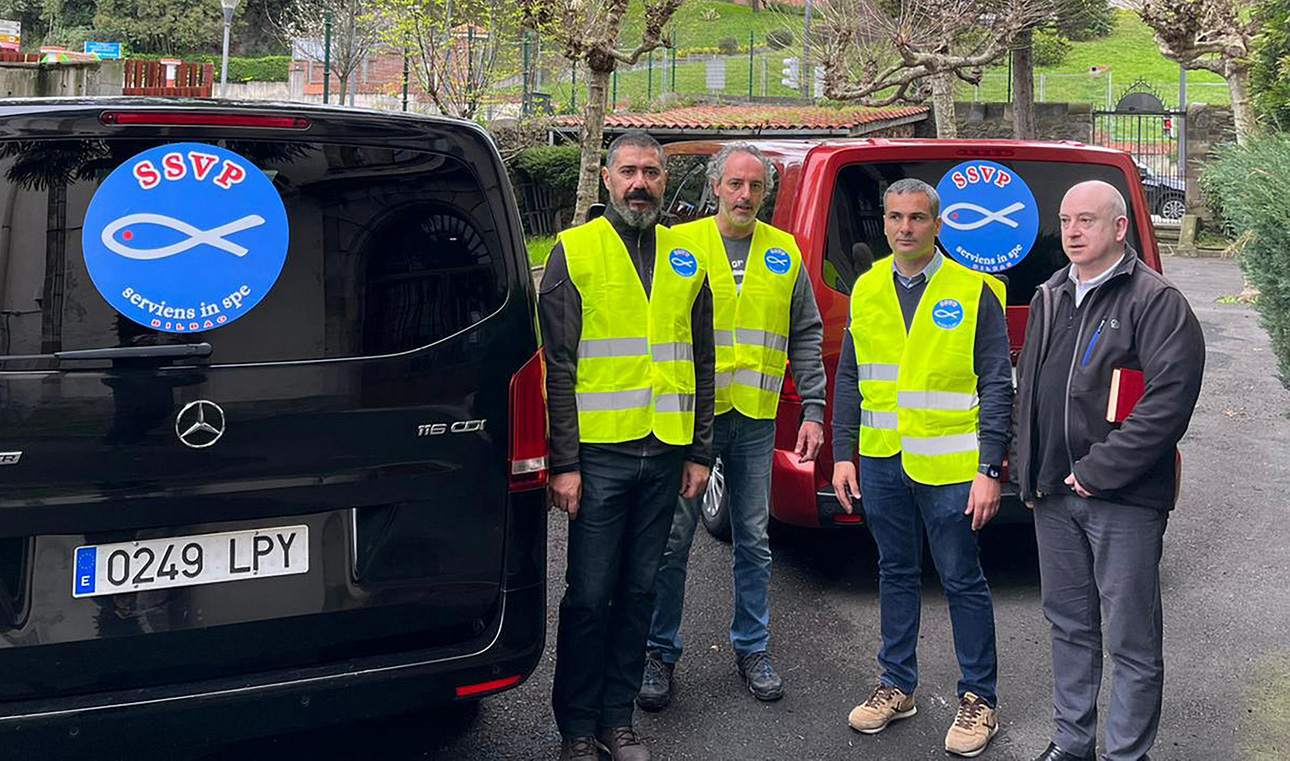 On the afternoon of March 15, after a journey of some 2,000 miles, the food was delivered to the Polish Vincentian Family in Krakow who are caring for the refugees. After a few hours of rest at the seminary of the Congregation of the Mission in Krakow, the convoy left for the border near Dołhobyczów (Poland), where they picked up 27 Ukrainians, mostly children, women and elderly, the youngest being 6 months old, and the oldest over 70 years old. 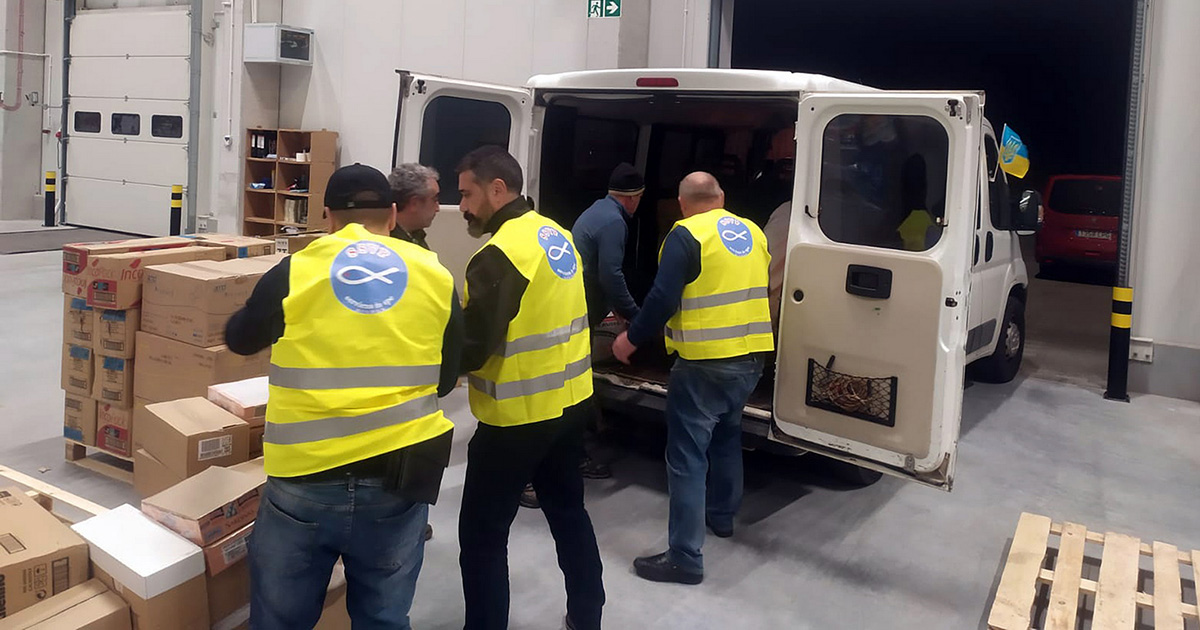 On the return trip, a stop was made in Moritzburg (Germany), where a Lutheran organization provided a shelter free of charge so that they could spend the night from Wednesday to Thursday, in addition to offering breakfast to all the travelers. In the midst of the sad situation, the 60th birthday of one of the refugees was celebrated and she was given a small gift.

Finally, on the 18th, the convoy arrived in Spain and the refugees were welcomed by families waiting for them in several cities – Irun, San Sebastian, Arnedo, Pamplona and Bilbao – thanks to the support of two associations of friends of Ukraine in Irun and Bilbao.

“When we started to see in the news everything that was happening in Ukraine, something stirred inside us and, since we have a big house, we decided that we had to help in any way we could, although we didn’t really know how. We offered to take in two or more people, and we were assigned a mother and her two children. On Thursday they told us they were on their way and on Friday they were already here. It was all very fast.

We are a family that is accustomed to sharing everything on a daily basis, so taking in three more people was no problem at all. Actually, going from eight people living together to eleven has not been a radical change. We didn’t give it much thought either. In fact, in light of the present dramatic situation, we knew that we had to help these people.”

This extraordinary situation requires us, as Vincentians, to provide an extraordinary response in favor of those who have lost everything. With this double objective of bringing food and refugees, the Saint Vincent de Paul Council of Bilbao is already organizing a second convoy that will leave, God willing, at the beginning of April.

The cost of rentals, gasoline, etc., is very considerable, but we trust in the good will of those who can help us financially. Donations can be transferred to the SSVP account in Bilbao:

Tags: Society of St. Vincent de Paul, Spain, Ukraine
← Can You Imagine Preaching To the Pope? The Miraculous Medal Shrine presents: Stations of the Cross →