Star Wars and the Gospel of Luke

How many of you are conscious of George Lucas’s intention when he created the cultural phenomenon we know as “Star Wars”? 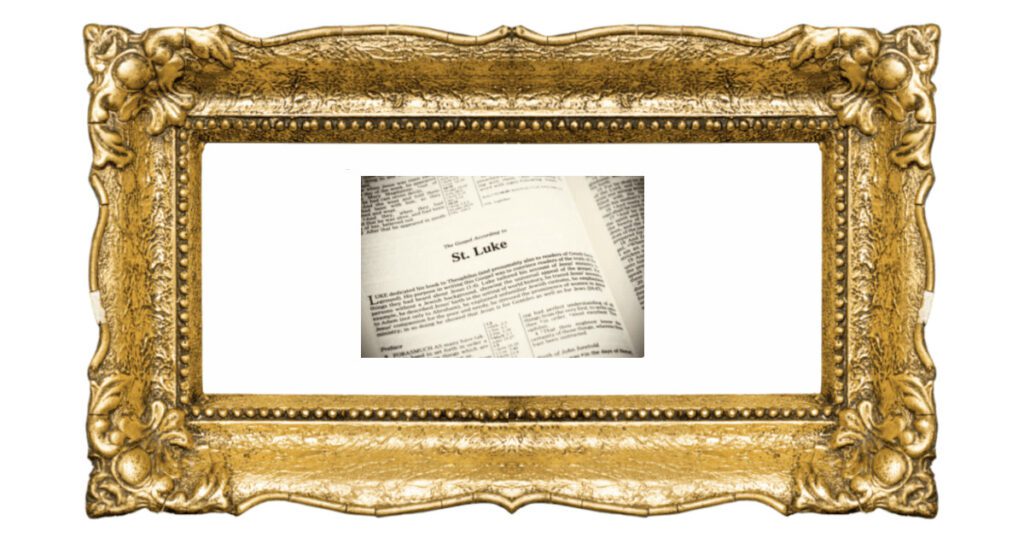 Lucas wanted to create a mythology that could provide moral guidance within the context of a renewed sense of spirituality and transcendence.

In a 1999 interview with Time magazine, he reflected on these mythic qualities:

I see Star Wars as taking all the issues that religion represents and trying to distill them down into a more modern and easily accessible construct […] I put the Force into the movie in order to try to awaken a certain kind of spirituality in young people – more a belief in God than a belief in any particular religious system. I wanted to make it so that young people would begin to ask questions about the mystery.

I leave it to you to evaluate his purpose or his effectiveness.

How many of us are aware of the problem Luke was addressing with his gospel?

He was a highly educated Gentile writing to Gentlie Christians… people who had accepted Christ but found they were not accepted by the traditionalists of his day.

Jews could not envision life without circumcision, dietary laws and life built around the temple, and many forms of ritual and sacrifice. The Gentiles, for their part, were bewildered by the Jewish claim that Jewish customs were part of Jesus’ message.

I am only now appreciating the polarization and the ferocity of the “culture wars” of Luke’s time. Luke writes as a pastor trying to hold his flock together.

In his Gospel, Luke selected material that pointed out the Jewish roots of those steeped from birth in Greek culture. On the other hand, he affirmed the legitimacy of Gentile Christianity as the fulfillment of what the Jewish people longed for. He did this by writing what amounts to the first Christian history in the two volumes we call Luke-Acts.

In the Gospel, he lines up Jesus’ stories and actions to show continuity while at the same time pointing to the new things Jesus is teaching. In Acts, he tells the story of how the principles of reconciliation came about at the first Council of Jerusalem. He then focuses on how together they carried out the mission they received from Jesus.

Luke and our liturgy this year

Some 80% of the Sunday Gospels in Year C feature Luke. The first Sunday of Advent begins the challenge for us to reflect on the Gospel of Luke.

In the Christmas cycle. Luke set the stage by connecting Jesus’ birth and early life as the fulfillment of what was written in the Old Testament.

Word of God Sunday gives us Jesus’ mission statement to fulfill God’s promise rooted deep in the Hebrew Scriptures. The Messiah will bring “good news” not just to Jews but to all, especially the unclean and “throw-aways”.

Then, Sundays through Lent show Jesus spelling out how their thinking must change from the emphasis on externals laws and rituals to an inner change of heart.

Each Sunday presents some aspect of the kind of change in thinking about the secular kingdom they were expecting.

Of course, we see the at first subtle and then outright resistance and hostility to the challenges to their way of thinking and acting.

Luke’s guidance for us today

With this background pay attention to how Luke offers insights into how to balance the old and the new, what we assume the kingdom is like and what Jesus calls us to today.