Have We Outgrown Nativity Scenes? 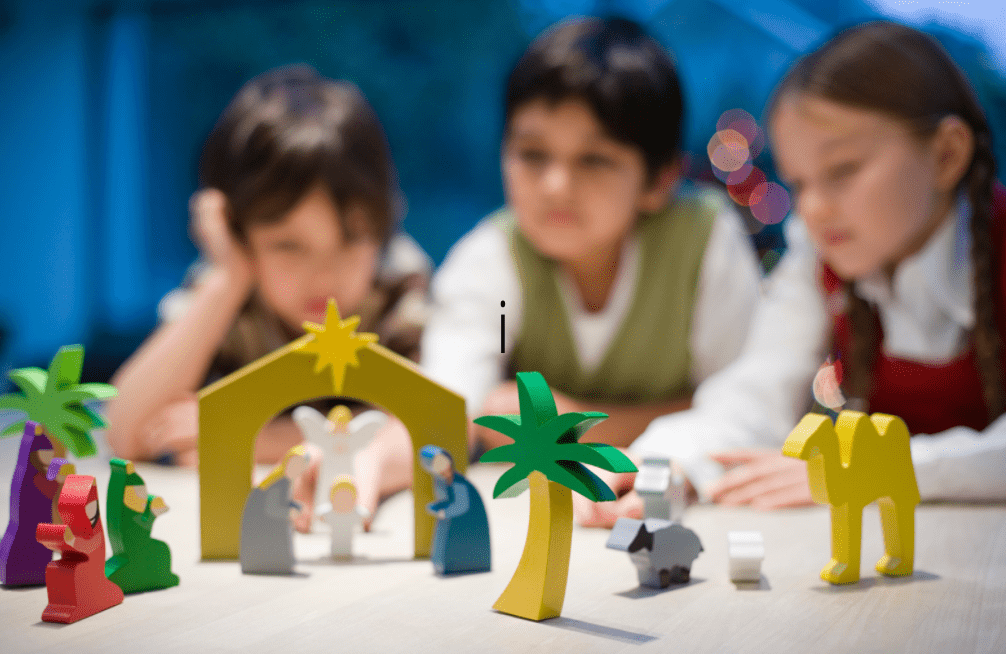 A good number of readers have either witnessed or were participants as children in appropriate costumes and props re-enacted the Nativity scene. As adults we grew beyond these re-enactments.

A letter from Pope Francis wrote prompts me re-think such live re-enactments today. I think we need to move from simple re-enactments to recognizing and owning how we, without awareness, re-enact the scene in our lives throughout the year.

Nativity Scenes – a story lived in our lives

He wrote about the deep meaning and significance of the tradition of nativity scenes or creches.

Dear brothers and sisters, the Christmas crèche is part of the precious yet demanding process of passing on the faith. Beginning in childhood, and at every stage of our lives… it teaches us to believe that God is with us and that we are with him, his children, brothers, and sisters all.

The cast of characters…

Pope Francis then reviews the various elements of the story and presents a deeper meaning.

A call for personal growth –  a story for adults!

All this hit me at the right time. Late in life, I have come to realize the power of the scriptures when I see myself as having been at some time in my life each of the persons in so many biblical stories.

Pope Francis, in the second chapter of Laudato Si, reminds us that we each have lived the parable of the Good Samaritan. We know what it is like to be the wounded traveler hoping someone will stop. At times we have lived as the two believers who pretended they did not see their neighbor’s needs and passed by.  And then there are the times when we have been the Good Samaritan who not only sees the need, offers immediate assistance, but also provides for longer-term relief.

Suddenly, I realized that I needed to enter into and see myself as each of the people and elements in the nativity scene. I missed the point of being

I now see every aspect of the nativity scene as a challenge to see some aspect of myself and use that knowledge to grow as a Christian.

Reviewing some part of my life each day…