Brothers of Charity: New classrooms in Goma, Democratic Republic of the Congo

On Wednesday October 20, 2021, in Democratic Republic of the Congo, a new wing of the ‘Complexe Scolaire de la Charité’ was opened in Goma by the Superior General of the Brothers of Charity, Brother René Stockman.

This school, with a nursery section and classrooms for primary education, was begun in the present buildings in 2018 as a response to an urgent need for quality education in Goma. The school is located near the Saint Vincent de Paul Psychiatric Centre and the ‘Ecole de vie’, a day centre for children with mental disabilities.

Given the unexpected success of this school, an extension was sought and, thanks to the support of the Committee of Friends of the Brothers of Charity, three new classrooms, with appropriate sanitary facilities, was constructed.

At a time when the teachers of the conventional schools have been on strike for a month due to the many irregularities in education in Congo, only the private schools continue to provide quality education.

In a conversation with representatives of the parents’ committee, the question was posed with regard to offering secondary education … a positive challenge that will be a project for the near future. 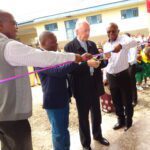 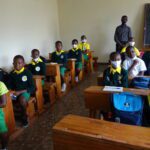 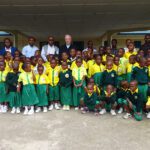 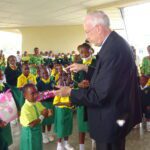 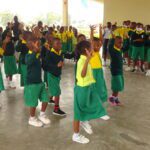 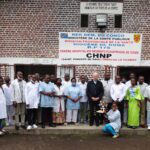 Tags:
← Our Common Agenda...Report of the Secretary-General (Part II) Mary’s Memories – the Rosary As Her Scrapbook →