At first glance it may seem that there is no relationship, but that is not true. The Nazarene Sisters belong to the Vincentian Family because they were founded by a priest who was a member of the Congregation of the Mission: Blessed Marcantonio Durando, beatified by His Holiness John Paul II on October 20, 2002. We continue to be led by a member of the Congregation of the Mission. The Institute came into existence in order to provide young women, who wanted to consecrate themselves to God but who lacked certain canonical requirements then required to enter religious communities, with the possibility of realizing their vocation. This work was accomplished with the collaboration of the servant of God, Luigia Borgiotti, who, as superior, guided the first applicants on the path to religious life. The founding date is November 21, 1865. The founder committed the members to service on behalf of the suffering and wounded members of the Crucified Christ, sending her followers to assist these suffering men and women in their homes. From the beginning, the specific mission of the Sisters was that of healing souls. It was a time when the wealthy had the possibility of treating themselves at home, and yet they often died without receiving the sacraments. This type of apostolate immediately paid off, with the conversion of several eminent figures in the field of culture and art: Guido Gozzano, Felice Raccagni, Sofia Graf, Annie Vivanti.

In 1873, the founder also entrusted the members with the care of girls from families who found themselves in a difficult situation, thus the work Pia Viretti was initiated in Turin. In a short time the Community spread throughout Piedmont and also the area of Lombardy and Liguria. In 1965, the centenary year of the foundation, there were fourteen houses in Italy. The main work has always been assisting the sick in their homes, although there have been experiences in which the members of have ministered in clinics (not administered by the Institute) and have also ministered as catechists in parishes. In 1967, Father Archetto, then superior of the Community, opened the doors for foreign missionary ministry and some members were sent to Madagascar where the Missionaries of Saint Vincent and the Daughters of Charity were already working. The first four Sisters left on May 13 of that year … others joined this group and there were eventually ten Sisters ministering in that country.

What is your primary missionary endeavor and what spirituality characterizes your service?

During these 55 years, with the help of God, much work has been done and today the Community is expanding in Madagascar. There are fourteen Missionary Centers of the Nazarene Sisters scattered throughout the island. The largest number is in the south. They include two centers for lepers, a dispensary, an orphanage, children’s schools, soup kitchens. Each center attempts to respond to local needs. allows itself to be questioned according to its proper charism. Our founder longed to be a missionary in some far off country, but events did not allow this to happen. Now he realizes his dream through the community that he founded.

Since Blessed Durando was very devoted to the Lord’s Passion, he transmitted this spirituality to the Nazarene Sisters. To create a stability among the Sisters, he wanted to commit them with a fourth vote, whose purpose is the worship and devotion to the Mystery of the Passion, concretized in the practice of three virtues that are seen as a sure source of holiness: HUMILITY, OBEDIENCE AND MORTIFICATION.

In January 2020 the International Vincentian Family lived a most significant moment. What did you take from that experience?

The presence of the Nazarene Sisters at the Rome Symposium in 2020 helped to reinforce the awareness that we are not a small community traveling alone, but we belong to a much larger and richer family: “The Vincentian Family” in which we always find new inspirations for our journey. This has filled us with a great confidence and joy! Although the pandemic has forced us to confinement and the impossibility of visiting the sick and relatives, we are still waiting for better times and we know that the Lord will make all of this happen. 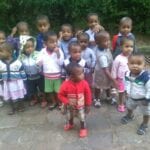 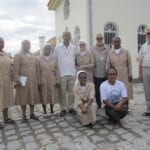 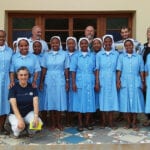 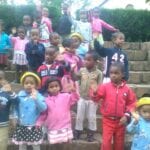 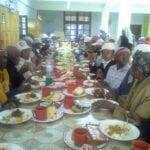