French Daughter of Charity to turn 117 after surviving COVID-19 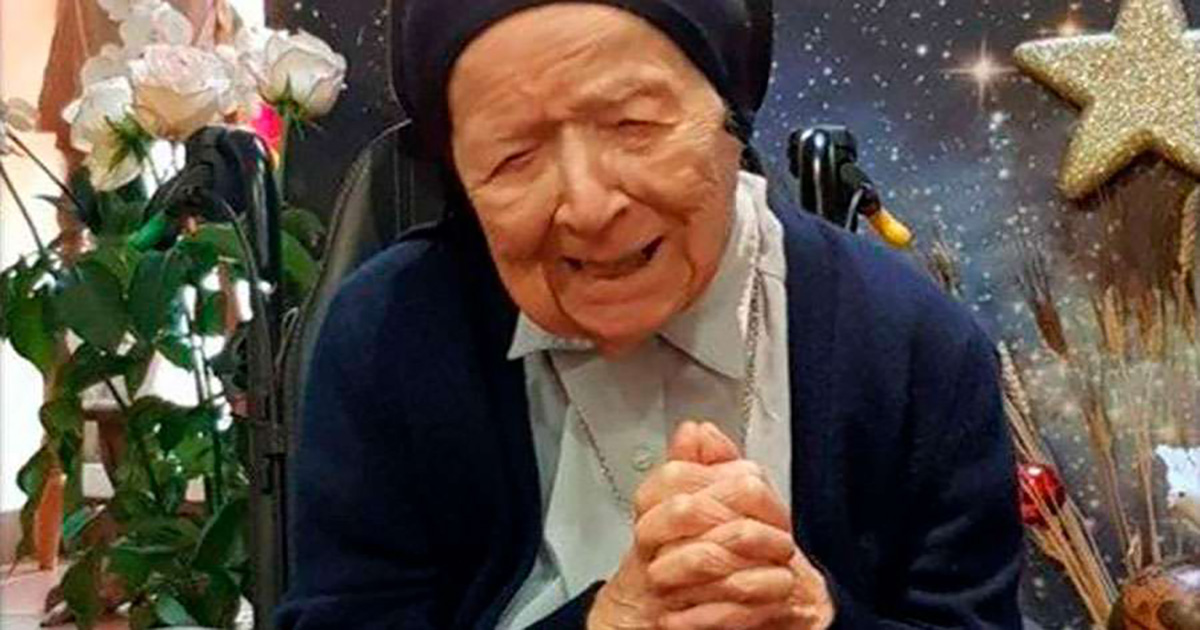 Sr. Andre Randon, the oldest person in Europe and the second oldest in the world. Credit: Vatican News.

Born Lucile Randon on Feb. 11, 1904, she converted to Catholicism at the age of 19. After serving young children and the elderly at a French hospital, she joined the Daughters of Charity -founded by St. Vincent de Paul- at the age of 40.

Seventy-six years later, Sister Andre moved to Sainte Catherine Labouré retirement home in Toulon, southern France. It was there that, on Jan. 16, she tested positive for COVID-19. She was isolated from other residents, but displayed no symptoms.

According to BFM television, 81 of the 88 residents of the facility tested positive for the virus in January, and 10 died.

The religious sister will celebrate her 117th birthday on Thursday, the feast of Our Lady of Lourdes.

According to the Gerontology Research Group, which validates details of people believed to be 110 or older, Sister Andre is the second-oldest known living person in the world. The oldest person is Japan’s Kane Tanaka, who turned 118 on Jan. 2.

Upon her 115th birthday in 2019, Sister Andre received a card and a blessed rosary from Pope Francis, which she uses every day.

When she turned 116 last year, the Vincentian nun shared her “recipe for a happy life” — prayer and a cup of hot cocoa every day.