On November 20, 1845, the first meeting of the Society of St. Vincent de Paul in the United States was held at the Basilica of St. Louis (formerly a little schoolhouse), popularly called “the Old Cathedral. A group of nineteen Catholic laymen attended that very first meeting. 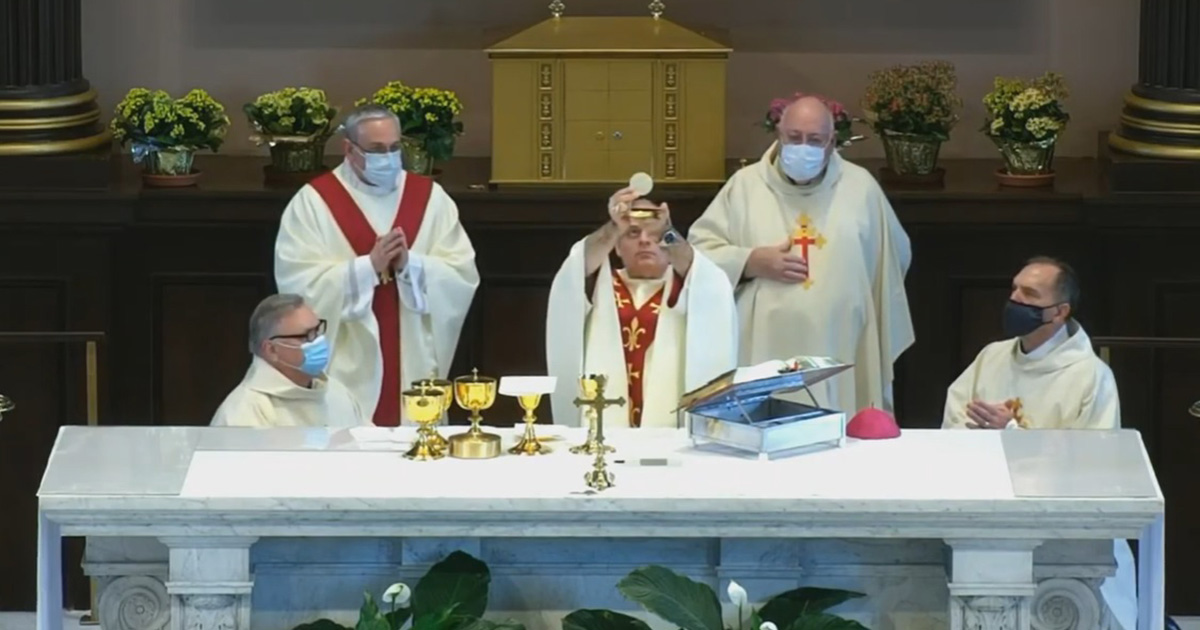 175 years later, on November 20, 2020, on its anniversary and at the very same place where it began, a Eucharistic celebration commemorated the founding of the Society in the USA. The Eucharist was celebrated by Bishop Mark Steven Rivituso (Auxiliary Bishop of Saint Louis) and included Fr. James Cormack and Fr. Nick Smith. The homily was given by Rev. Monsignor Michael J. Witt.

Monsignor Witt gave a brief historical account of the establishment of some Vincentian branches in Saint Louis from 1816, when the Congregation of the Mission started a seminary there, until 1845, when SSVP was founded in Saint Louis, only twelve years after its foundation of the first Conference in Paris. Msgr. Witt stated: “Today, 175 years after the Society was brought to Saint Louis, that work continues, peacefully and steadily . Its members are called by the Holy Spirit to live their baptismal vocation”.

Brother John Foppe, on behalf of the SSVP USA’s fellow members, intervened and highlighted some concrete actions undertaken by the SSVP in the United States since 1845, such as mobilising and helping the poor during health crises and natural disasters.  Brother stated: “I am very grateful to our members in the United States, who have been called to fulfill a purpose, as humble, unsung heroes, seeing Christ in those they serve; giving themselves heroically in service.  Persevere in the love of our suffering brothers and sisters, as Jesus asked us to.”

Around 600 people attended the online celebration. Fellow member Renato Lima de Oliveira, 16th President General, joined the virtual (YouTube) celebration of the Eucharist. He stated: “It was a great privilege to join the SSVP USA in celebrating this remarkable event. I have visited several cities in the USA since I became President General, and I can certainly say that our Society in the USA is doing an excellent job for the poor”.

Click on this link to watch the Holy Mass: https://www.youtube.com/watch?v=SxNqDz6KGmM