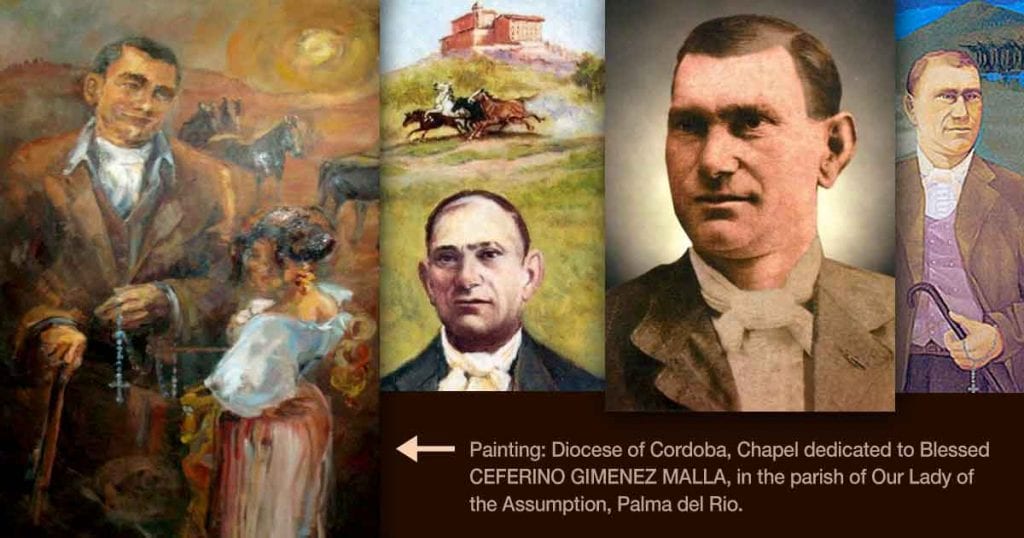 “Although illiterate, after his wife died, Giménez Malla began a career as a catechist under the guidance of a priest-teacher, Don Nicholas Santos de Otto, teaching both Romani and Spanish children. He had a gift for catechizing children by telling them stories. He became a member of the Franciscan Third order, the Society of St. Vincent de Paul, and participated in Thursday night Eucharistic Adoration.

In July 1936, during the Spanish Civil War, Giménez Malla tried to defend a Catholic priest from Republican militiamen. They both were arrested and imprisoned in a former Capuchin monastery, converted into a wartime prison. An acquaintance advised him that he would probably be released if he gave up his rosary, but he refused. A Romani legend has it that the soldiers asked him if he had weapons, and that he answered: ‘Yes, and here it is’, while displaying his rosary. On August 9, Giménez Malla and others were taken by truck to a cemetery and shot. He reportedly died holding the rosary in his hands, and shouting: ‘Long live Christ the King!'”

Below is a portion of a half-hour video on his life.