In his homily on Good Friday, Joseph Agostino, CM spoke about

… the screaming silence from overcrowded refugee camps throughout the world where there is no possibility of social distancing;

… the deafening silence of prisoners and the urban poor who are subject to even greater negligence and dying at a higher percent rate than the rest of the population;

… the harrowing silence of health care providers whose personal risk is compounded if they dare to speak out about their lack of critical supplies.

He concluded by asking the question: when will that silence be shattered? 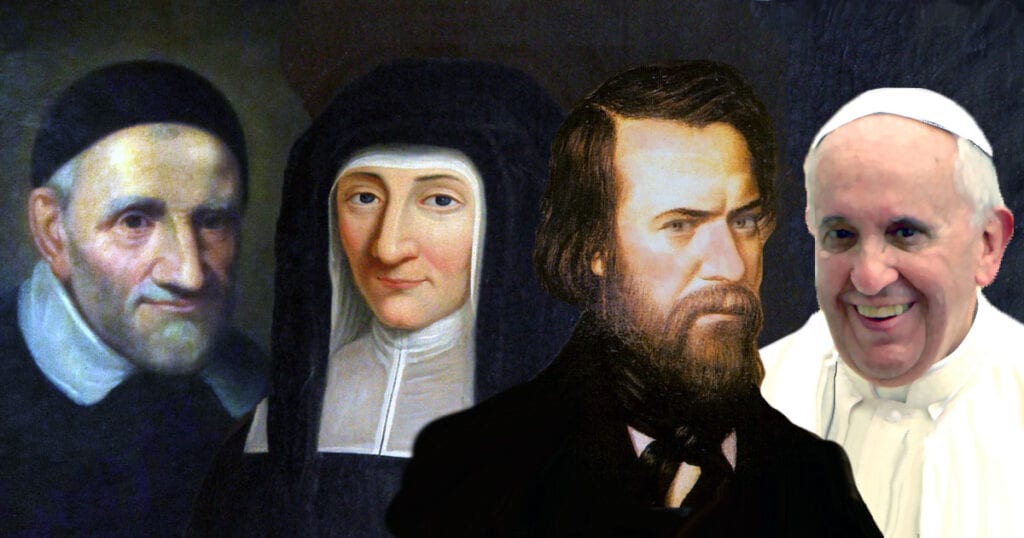 Then during the Easter proclamation, we heard the words:

As Christians and as members of the worldwide Vincentian Family we cannot live our life as though Lent is not followed by Easter. In the midst of the present pandemic, with all its consequences, we must never look like someone who has just come back from a funeral (EG, #10).

In a letter the Frederic Ozanam wrote during 1841, he stated: I do not like and do not share in any way the rigorist doctrines of some Christians, who, without even realizing it, have clothed themselves in arrogance and false modesty; they are far from the true spirit of faith … certainly, in front of the eyes of a mother, in a chosen society, in a circle of relatives and friends, a little music and dancing to break the monotony of an evening, to cheer the youth with a graceful exercise, all that is, in my opinion, the most natural and least reprehensible thing. I have no lack of examples […]. My aunt and mom liked that kind of fun when they were young, and they did not cease to be holy because of those activities.

Each day we find ourselves having to confront the silence and abandonment of Good Friday and each day we have to balance and break that silence with the most natural and least reprehensible thing, a little music, a little dancing, a little singing, another alleluia.

In Italy, people would appear on their balconies and spontaneously applaud the work of the first responders … they were singing their Easter Alleluia.

On the streets Buffalo, New York, people would go out their front doors and wave to their neighbor and break out in a spontaneous dance … they were singing their Easter Alleluia.

In Germantown, in front of St. Catherine’s Infirmary, the priests and brothers waved and sang to their confreres who were in isolation … they were singing their Easter Alleluia!

Rejoice in the Lord always.!! I shall say it again, rejoice!! In order to evangelize and in order to engage in charitable activity, joy that arises from God’s love is indispensable

… without such joy, there can be no transmission of new life

… without such joy, people will not live anew in Christ

… without such joy, there will be no music and dancing and singing.

How do you sing (individually or as a group) the Easter Alleluia?

To view other posts in this series, click here.