Diaries of a Vincentian: Sharing the Word and a Meal

Like almost any other Friday during the last six years, Ramona arrived drunk, hugging and kissing her friends, her breath smelling like cheap rum and drugs. There’s always a volunteer waiting for her at the playground in the St. Peter Apostle parish school, to listen patiently and offer loving support. It is a struggle to make her eat something or to take a piece of clothing for herself. She always takes the food and the clothes for her husband or her grown-up children, who abuse her. When asked why she doesn’t stop caring for them, she always defers to some story about her previous life when she was a well-known prostitute in the area, the “VIPs” she met during that time, her culinary tastes or just a resigned “they are my children.” She doesn’t like to share her real reasons, so we change the subject and focus on the hugs and kisses that make her feel better.

Eight years ago, a group of young adults from various youth groups in the Santo Domingo Archdiocese came together. We were concerned about living out our faith as Christians. We started with weekly prayer meetings and during which we shared the Word. But, after a few years, and looking at the example of groups like St. Egidio in Cuba and the Street Pastoral project in Brazil, we came to understand that we had to live out our faith through befriending people living on the streets.

We knew that in the Dominican Republic poverty had become normalized and poor people were marginalized and invisible. So, we began our community action project of evangelization. 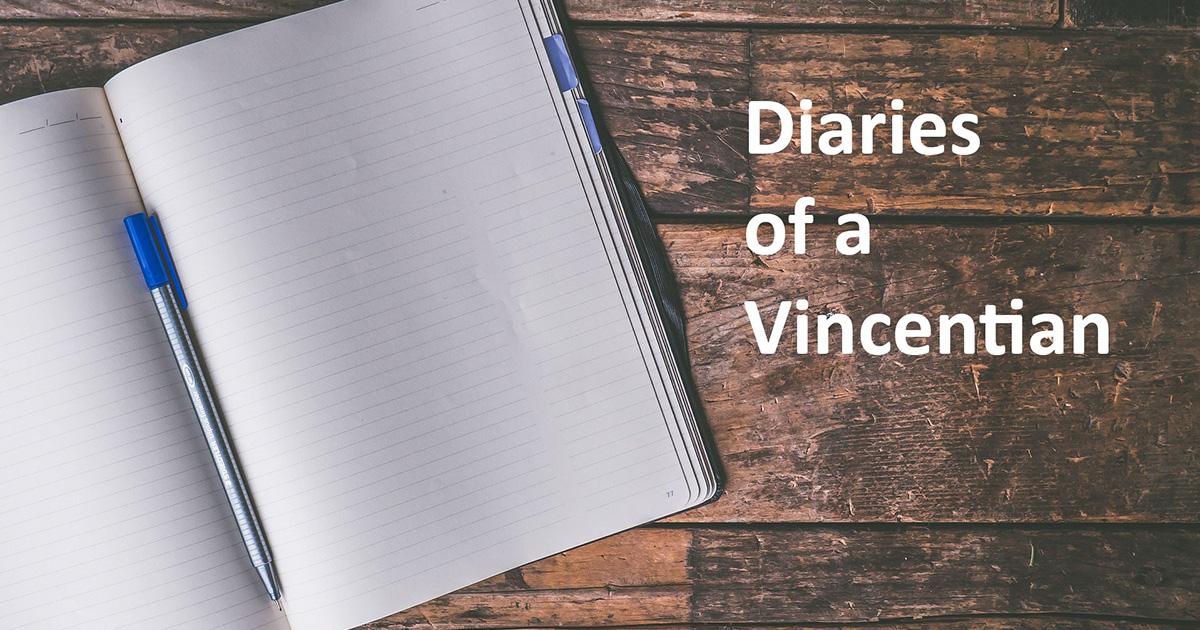 Walking to the peripheries

Luisito arrived happy and singing, drunk, cheering up the group gathered in the playground to share the Word and a meal. As always, his “mundane” songs prompted both cheer from many and complaints from others. But Luisito is like that when he arrives drunk, diametrically opposed to the serious Luisito who arrives when sober. We love him as he is. He has confessed that he likes to come to us even if he doesn’t need a meal because he feels loved. He says it quietly. Many others have spoken the same words.

The simple action of just four youngsters sharing a hot meal every Friday with homeless people in the St. Peter Apostle parish, quickly turned into a wave of young adults seeking to spend their time in the service of others. Thanks to the success of the Street Pastoral project, it was possible to expand this service. It isn’t only limited to the Villa Consuelo Park, or the elderly living in solitude in the parish area; we are able to “walk to the peripheries.” We do it late at night, through the old quarter of the Colonial City and the surrounding area, looking to serve the homeless people in those areas. Our Friday shared Word and meal went from supporting 40 people in the Villa Consuelo and Zona Colonial areas, to now supporting 140 people, often from other marginalized areas of the city. More than just receiving food, they look to be treated as human beings, to be heard, to be loved and understood. They receive the friendship of the volunteers.

The Street Pastoral project doesn’t receive any government funding, it is sustained only by generous hearts, including the volunteers, who donate food and clothes. There have been many “uncertain” Fridays, days when we did not know where the food would come from, but Divine Providence has never abandoned us and, like the multiplication of the loaves and fishes, there has always been enough for everybody. 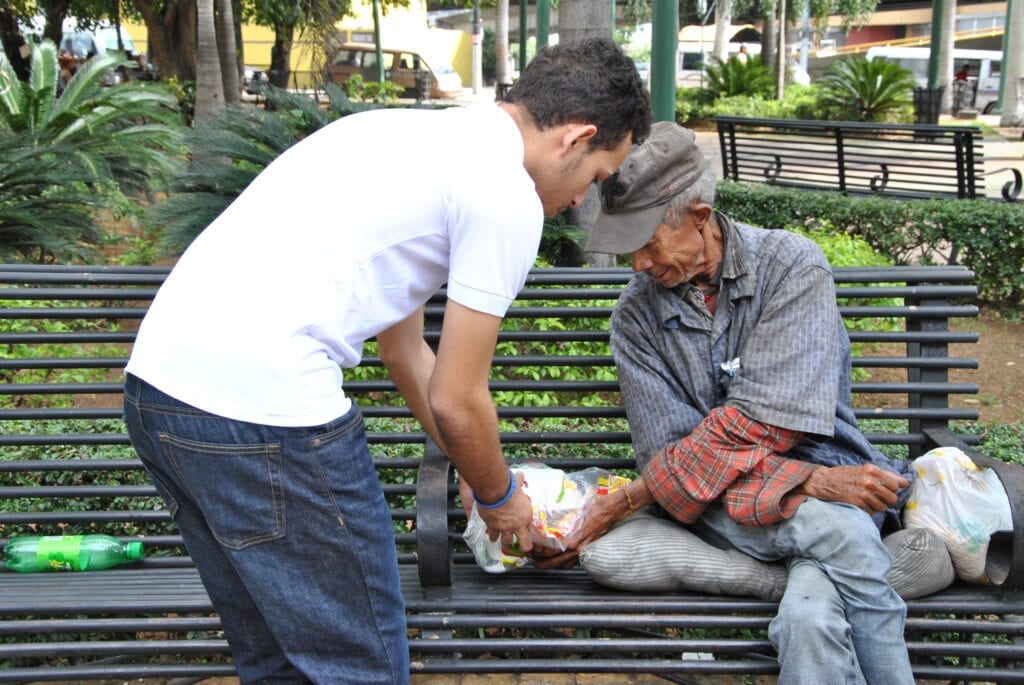 More than a meal

Juan was a sick elderly man who lived by wandering the streets of the city, doing what he needed to survive. One day, we convinced him to receive some help and to go to a hospice run by nuns, who opened their doors to him. There, he received medical care, food and love. We visited him whenever we could. Especially Griny, a volunteer who became a close friend. It was a powerful friendship that transformed not only Juan’s life, but also Griny’s. Unfortunately, Juan didn’t last long in this “paradise,” but he didn’t die on the streets ignored by society, he died loved by his friends.

Through all these years, in addition to sharing the Word and a meal and forming friendships, we have also been able to expand our service to urgent cases, seeking opportunities to change lives. We have supported some elderly friends to improve their lives by placing them in hospices or securing urgent medical care. We have supported the career advancement of young people who want to leave behind their previous life and addiction and move forward toward a better future.

Our dream is to do more. Our group has grown up. We have been ministering for six consecutive years and our wish is that this project matures and expands into a wider ministry of care and support for our brothers and sisters living on the streets of Santo Domingo. 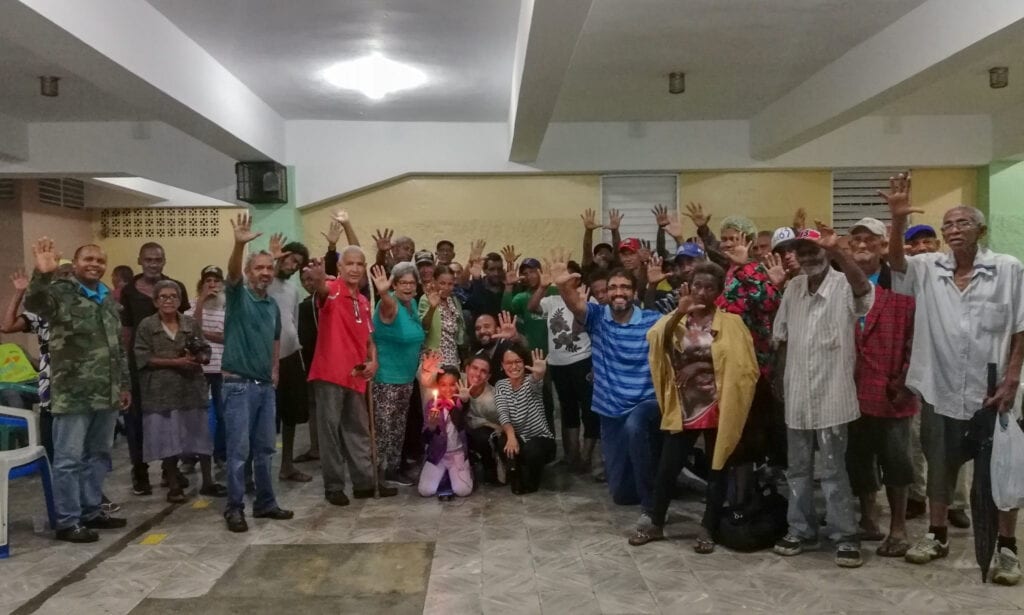 “Dario died; he fell off a bridge.” Maybe he was pushed. On Friday we received the terrible news. Those of us who knew him since the beginning of our service in 2013 were in shock. Our friend Darío, the naughty one of the group, died on the streets where he, for who knows how long, had wandered; exiled by his family for his addictions and for whatever else. But Dario was our friend, the way he was, imperfect: sometimes a liar who deceived us to get a second meal, sometimes affectionate and special when he gave us his smiles and jokes. We miss him every Friday … and it is not the same anymore.

Personally, as a Vincentian, I identify with this ministry, not only with the material service of sharing a meal, or even with the evangelizing part of sharing the Word, but with the humbling encounter of sincere friendships born in this space. Our relationships with our friends living on the streets are not just a service of charitable social action; they go beyond life itself. Our friends have a name; we are not interested in their failings, their past mistakes or their present shortcomings. We care about them as people, with dignity. In them, we find Jesus Christ and the human being created by God that exists there, inside.

In this space we nurture a very special friendship with homeless people, based on trust and respect, where we connect with people, their souls, needs, hopes, difficulties, weaknesses, their humanity, where our own souls echo from them. A very special friendship where equality exists, where we are all one, where we do not discriminate by race, nationality, physical condition, economic circumstance, ideology or creed; and where there is no prejudice for being an addict, a prostitute or a thief; where we promote the dignity of each human being and the love that God gives us each day and His mercy.

I have heard many stories, many underpinned by all kinds of tragic events … and who could entirely overcome such human misery? And even in these stories there is vitality, hope, joy and love, much love to share, much love to receive.

Diaries of a Vincentian takes a closer look at some of the more personal experiences of Vincentians working with homeless people, slum dwellers and refugees. They shine a light on the moments that inspired us, the situations that left us speechless and shocked, and the people that crossed our paths and showed us that more must be done.

What connects them is the Vincentian commitment to the poorest of the poor; and the hope that as a Family, we can do more. 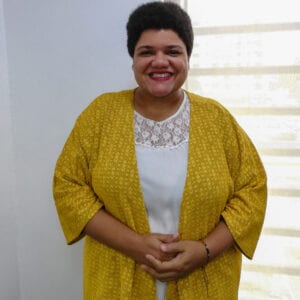