Pope Will Visit Vincentians in his Upcoming Trip to Africa

During his next apostolic visit to Africa, Pope Francis will visit a reality that was born from and is rooted in Vincentian spirituality: the city of Akamasoa (the city of Good Friends). On the continent of Africa, the Vincentian Family is involved in many different activities. Those works are carried out in fidelity to its chrism (the Vincentian Family celebrated the 400th anniversary of the origin of its charism in 2017). Their charism: To serve God in the poor who are their lords and masters … and to do this through proclaiming the Good News (mission) and through assisting those who are in need (charity).

Among the various activities of the Vincentian Family, we mention here “The Matthew 25 Program” which will be visited (privately) by the Pope during his Apostolic visit. 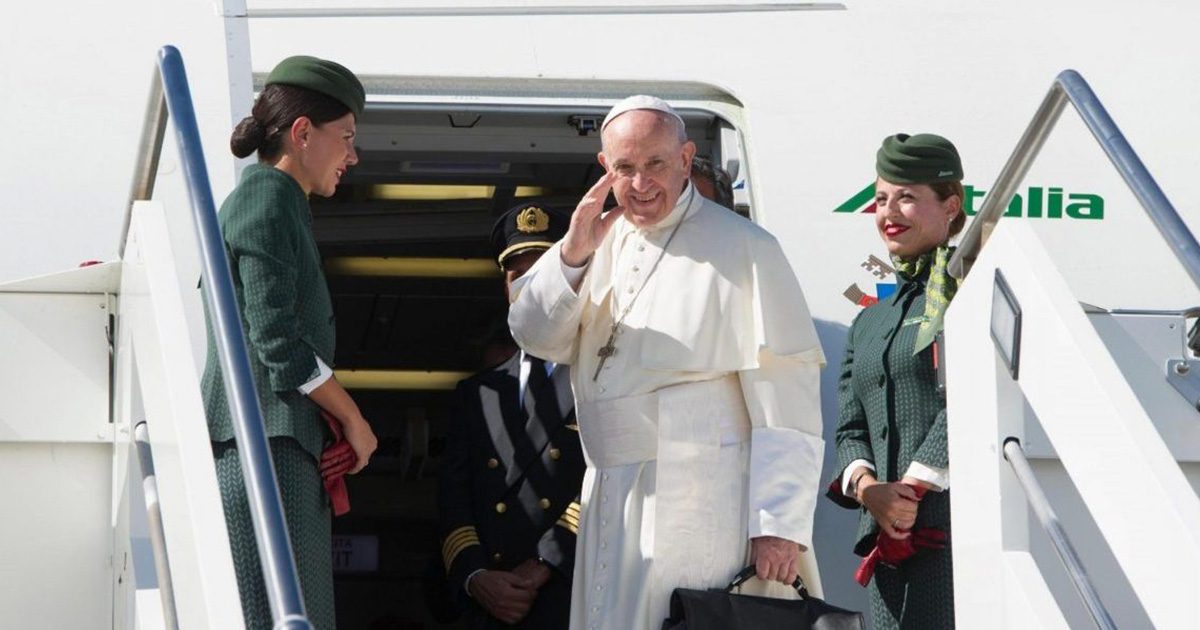 In his up-coming apostolic visit to Mozambique, Madagascar and Mauritius, the Holy Father will enter into contact with certain realities that are administered by the Vincentian Family. On September 8, Pope Francis will visit the city of Akamasoa (the city of Good Friends). This city was established as a result of the determination of Father Pedro Opeka, a member of the Congregation of the Mission. Father Pedro was born in Argentina where his parents had immigrated in order to escape the persecution of the Communist regime.

Akamasoa, which means “Good Friends” is a reality whose numbers speak for themselves: some twenty-five thousand people live in the villages that have benefitted from this social project; each one of these villages has a school, a dispensary and workplaces where people can earn a living as carpenters, masons, farmers, craftsmen/women in various specialties. Approximately thirty thousand people visit Akamasoa each year in order to receive assistance in the form of food, medicine and clothing. Thirteen thousand children now receive an education at the schools that have been built … at the same time some three thousand homes have been constructed.

In 2004 Akamasoa was recognized by the State as “a public utility project” which confirmed the need for its presence and activity on this island nation. Sunday Mass in Akamasoa is an extraordinary celebration: eight thousand people come together and actively participate in praying and singing with grateful hearts. In 2008 Pope Benedict XVI awarded Father Pedro with the Cardinal Van Thuan Award of Solidarity and Development and more recently, Father has been nominated for the Nobel Peace Prize.

Pope Francis will also visit the Matthew 25 Program, an initiative directed toward those people who are most poor and abandoned. This program is carried out in accord with Jesus’ words (Matthew 25:31-46) and responds to Pope Francis’ invitation to live as a church that reaches out to others, that opts for the existential peripheries of society … a church that places the poor in the first position so that she might become a poor church for people who are poor. This ministry officially began on the evening of July 19, 2018 with the participation of the Daughters of Charity and the Franciscan Hospitaller Sisters of the Immaculate Conception. During the first month and a half of their ministry was carried out in two specific places on the Mao Tse Tung Avenue: a park near the Standard Bank Feima and the parish church of Our Lady of Victory. Each day about 70-120 people are served: children, young men and women, adults. These people find themselves in different situations of poverty: street children (all boys), car washers, alcoholics, drug addicts, former convicts and prisoners, homeless people, infirm people. This out-reach service takes place between the hours of seven and eight in the evening, but people begin to gather in the various sites at seven-thirty. This provides people with the opportunity to talk with one another, to know one another by name, to understand why these individuals are living on the street, to encourage them to return to their families (one of the religious will accompany them when they decide to return to their family). The following communities are involved in this ministry: the Daughters of Charity, the Franciscan Hospitaller Sisters of the Immaculate Conception, the Salesians (Sisters and Brothers), the Conceptionists, the Congregation of the Mission, the Franciscan Missionaries of Mary, the Mercy Alliance, the Community of Sant’Egidio, the parish of Saint Anthony (Polana), the Order of Friars Minor, the Shalom Community and the parish of Saint John the Evangelist (Malhangalene)

The members of the Congregation of the Mission are involved in various other works in Africa and here we highlight the Foyer Ranjomoha Project. The Tanjomoha Residence is located in Vohipeno, on the southeast coast of Madagascar. Its mission is to welcome the poorest and most abandoned of the surrounding Malagasy society and to assist them in finding lasting solutions to heartbreaking situations that they could never manage on their own. Founded in 1986 by Father Vincent Carme, CM, it is administered by members of this same congregation and in close collaboration with members of the Company of the Daughters of Charity. Young people with motor disabilities were at the heart of Father Carme’s ministry when he founded the Tanjomoha Residence, and this continues to be true today. These poorest of the poor receive no state support; they constitute a heavy burden for their families (often destitute themselves) who sometimes reject them.

The Vincentian Family is also present in Mozambique and administering the Dream Project. Carmel Hospital, located in the city of Chokwe (Gaza Province), is a treatment center for persons suffering from tuberculosis and AIDS. The hospital has developed various activities which include a pediatric center, a support center for children, a laboratory and a pharmacy. The Hospital is part of the national program to combat tuberculosis and leprosy and is administered by the Daughters of Charity of Saint Vincent de Paul. These Sisters, according to the Department of Health, were the first to become aware of the seriousness of the sanitary situation (1990). As a result of the widespread prevalence of AIDS, the Hospital extended its services to include AIDS patients. They received permission to initiate antiviral therapy with ten patients each month. With the support of the Sant’Egidio, the first ten patients began treatment in December 2002. That date marks the initiation of the first Dream Center of the Daughters of Charity intended for the treatment of those persons who are HIV+ and who are afflicted with AIDS.