From the 2019 US Bishops Labor Day Statement…

“This year marks the 100th anniversary of the “Bishops’ Program for Social Reconstruction,” published by an early predecessor of the current U.S. Conference of Catholic Bishops.  Following World War I, the bishops recommended a series of “practical and moderate” reforms because “the only safeguard of peace is social justice and a contented people.” 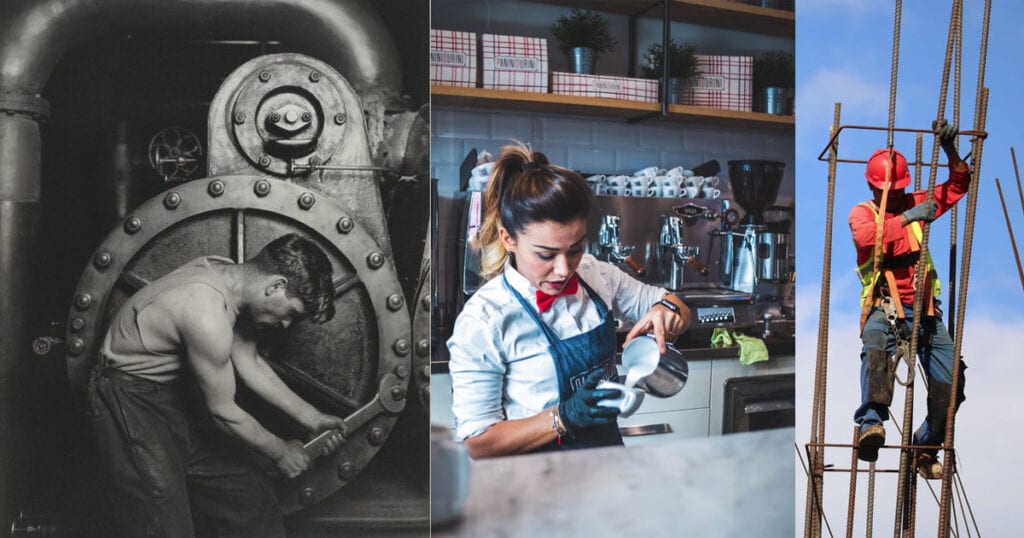 “Today’s economy, if measured by the stock market, has the most money and wealth it has ever had, and unemployment is around the lowest it has been in fifty years.

And yet, roughly four in ten Americans cannot afford an unexpected $400 bill, and would fall below the poverty line after three months without income .  More than one in five jobs in the United States is in a low-wage occupation where the median wage pays below the poverty threshold for a family of four.  Real wages have been largely stagnant for decades, and workers’ share of the fruits of the economy has been declining for decades.

Why does this situation persist? It is worth revisiting the “Bishops’ Program,” which presented three themes from Catholic social teaching that, as recent research suggests, may help explain the present.”

“In 1919, the “Bishops’ Program” committed an entire section to the “Abolition and Control of Monopolies.” They stated unequivocally that “human beings cannot be trusted with the immense opportunities for oppression and extortion that go with the possession of monopoly power.”

The 1919 “Bishops’ Program” put its section on employee ownership next to the anti-monopoly section, and for good reason.  In contrast to monopoly power, employee ownership gives workers access to the fruits of private companies, and in the best instances, gives meaningful ways to participate in management.

Again, in 1919, years before the National Labor Relations Act, the “Bishops’ Program” asserted the “right of labor to organize and to deal with employers through representatives.”  Here, the “Bishops’ Program” was solidly in line with Pope Leo XIII and his successors. As Pope Francis has said, “[t]here is no good society without a good union . . .”

As the “Bishops’ Program” concluded 100 years ago, “[c]hanges in our economic and political systems will have only partial and feeble efficiency if they be not reinforced by the Christian view of work and wealth.”  In this view, workers and owners both have rights and duties towards each other;  a business enterprise must view itself as a “society of persons” rather than a mere commercial instrument.

As Pope Francis recently said, “[t]he new course for sustainable economic development needs to set the person and work at the center . . .”16  To this end, no merely technocratic policy changes will bear the fruit that is so desperately needed today.  Rather, with consideration for the treasury of the Church’s social teaching, let us consider “new processes” that can build up justice in the workplace over time.

Let us then proceed as a people who, through Baptism, share in Christ’s anointing “to bring glad tidings to the poor.”

When you visit the document you will see that the words used may be different but the principles are the same.

How can the Vincentian Family bring “glad tidings to the Poor?”

P.S. Thomas Augustine Judge, CM, founder of the various branches of the Missionary Cenacle Family, was a voice crying in the wilderness of those days of 1919. But that is the story of another post.