The Vincentian Family as a Movement

It is this genius that today is once again blossoming.

Fr. Joseph Agostino, CM invites us to think of the  Vincentian Family as a movement. 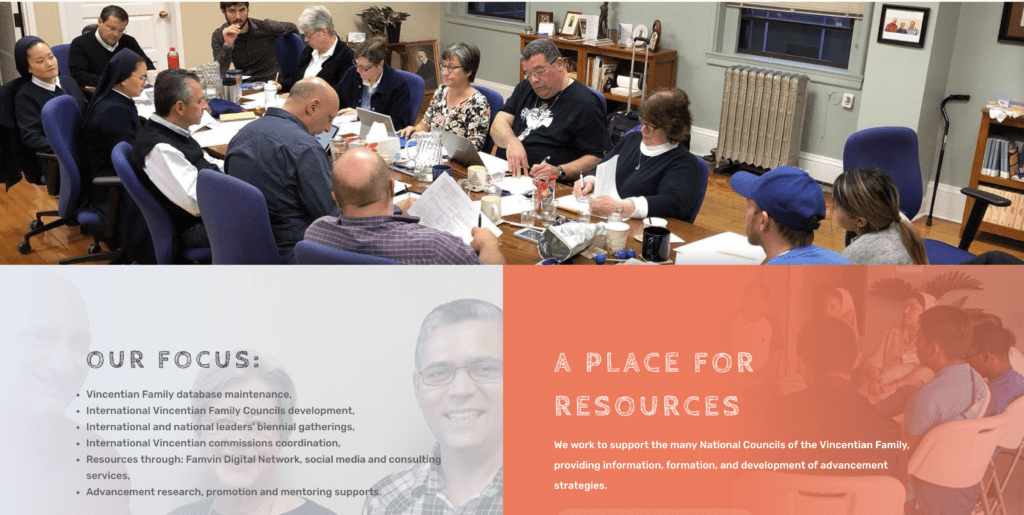 Over four hundred years ago a smart and ambitious young man, Vincent de Paul, started to become aware of the suffering and abandonment of poor and marginalized people and decided to consecrate his life to serve them. It was 1617. Over the years and with the collaboration of another saint, St. Louise, he set in motion a movement which today, counts over four million people who follow in their steps. The Vincentian family today is large, multicultural, multilingual, and prophetic with more than 150 branches all over the world. The Vincentian Family Office is currently surveying and cataloging these branches who claim a common Vincentian heritage.

Vincent’s vision began a movement which led to a new international dynamism – the joint efforts of men and women, ordained and lay, to combat the forces of poverty both in individual lives as well as in societal structures which perpetuate it.

After reviewing the amazing numbers and historical highlights, he continues…

And so, the story goes on to this day.

The Vincentian Family welcomes new Branches into its movement till this day. We are also blessed to work with men and women who, though not members of any Branch of the family, are so inspired by St. Vincent that they call themselves Vincentians. We estimate that the international Vincentian Family is composed of at least two million people who walk with us in this collaborative spirit.

The current emphasis on common efforts within the Family began in the 1990’s and is maturing to ever closer collaboration.

Based on our common charism, we, members of the Vincentian Family (VF), commit to collaborate. Such collaboration is more than joint efforts in ministry; it invites us to an appreciation of who we are as followers of Saint Vincent de Paul so that it becomes our way of life. We understand that collaboration means never to do alone what can best be done together.  It involves thinking, planning and prioritizing together. Collaboration needs to be fluid, based on the issue and the circumstances of each individual branch of the Family.

Meetings of international Vincentian Family leaders led to joint campaigns against hunger and malaria. In 2010, to celebrate the 350th anniversary of the deaths of Sts. Vincent and Louise, an anti-poverty initiative began in Haiti. And now, to mark the 400th anniversary of the birth of the Vincentian Charism, we will forge a new global effort against homelessness, the FamVin Homeless Alliance.

“We have to help the poor and have them assisted in every way, by us and by others…. To do this is to preach the gospel by words and work.” St. Vincent de Paul (Conference to the Congregation of the Mission, 6 December 1658, CCD:XII:77-78)