Reacting to New Ways of Thinking

The challenges of accepting new ways of thinking

The Acts of the Apostles is one of my favorite books in the bible. For at least 7 decades I have been hearing or reading the Acts of the Apostles. This year there is something different. I have long known that the book of Acts tells the story of the early days when Jesus no longer walked among us. 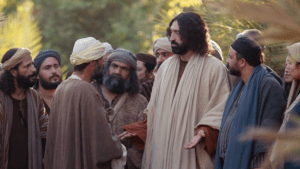 I never thought about the fact that I looked at the Acts of the Apostles from a Christian mindset. Then I asked myself what it was like to look at the facts from the perspective of a somewhat observant Jewish person. It came as a shock to me as I realized how much was implied in accepting Christ.

I began to see things I had never seen before. This reflection is going to be a bit different from my usual reflections. Today, conscious of not being a scholar of Judaism, I try to look at that early history through the eyes of an ordinary Jewish man or ordinary Jewish woman.

Most likely my life would have been hard.

The ordinary Jew in the Holy Land made up 90 percent of the population and bore the burden of supporting the state and the small privileged class. Their life was grinding, with a triple tax burden: to Rome, to Herod the Great and to the temple (to which, traditionally, they owed 10 percent of the harvest).

Most likely I had clear and strongly held core beliefs.

The center of my life would be the belief in being blessed as God’s chosen people.

I would be proud that I had a set of directions directly from God embodied in 10 commandments. I am not sure how I would have felt about the meticulous application of 613 other commandments and untold legal commentaries.

My major religious celebrations from my earliest days would be centered around the ritual meal of the feast of Passover, the equivalent of Independence Day.

I was taught that others, non-Jews, were presumed to be atheists and morally deficient, certainly not to be associated with.

I would be longing for a Messiah, certainly, but one clearly like Moses and probably with overtones of political liberation of the oppression by foreign powers.

And then along comes Jesus and his followers

Jesus and his followers shook all that up. They presented radically new ways of thinking.

Perhaps it was attractive to let go of the 613 commandments they were familiar with. Two great commandments sounded a lot better. But then reducing it to one – and one that said “Wash one another’s feet!” Wasn’t that something servants did? Now that might be a different matter when put that concretely.

“We have always done it this way!’ Passover, their central feast, had strict rules about how it should be celebrated as a memory of the Exodus. Now this Jesus was telling them to forget the old way and celebrate a new Passover in memory of him. Think about that one. It was like a pastor telling Christians that Christmas is not about the birth of Jesus but about celebrating the memory of the pastor!

Here are some other things that would jar a pious Jew:

Jesus’ followers believed he had risen from the dead! They knew he had some kind of a following. But he had been executed as a common criminal and worse… he claimed he was God (whose name they would not even pronounce).

Forget about the squabbles between the Pharisees and Sadducees. These would be just some of the things that shook the way they always thought and acted. They had to evaluate and discern.

How do I react today when someone thinks and acts differently than I do?

We certainly know a thing or two about the polarization of views when we look around us. Unfortunately, we have hardened so many of our positions that often we cannot look for legitimate values embedded in ways of thinking other than our own.

I suggest it might be worthwhile looking at the Acts of the Apostles as a way of seeing how early Christians and Jews struggled with mindsets other than their own. The early community grew in their understanding of what happened in their lives in the days after Jesus rose from the dead. He walked again among them and told them to spread the Good News in all its implications.

Keeping in mind that Vincent grew in his understanding of what it meant to “wash one another’s feet,” for my part I hope to share with you my growing understanding of how the early church slowly became aware of being the Body of Christ.

Tags: Acts of the Apostles, Systemic change
← Depaul International is Searching for a New Board Chair Together as Followers of Jesus Christ →