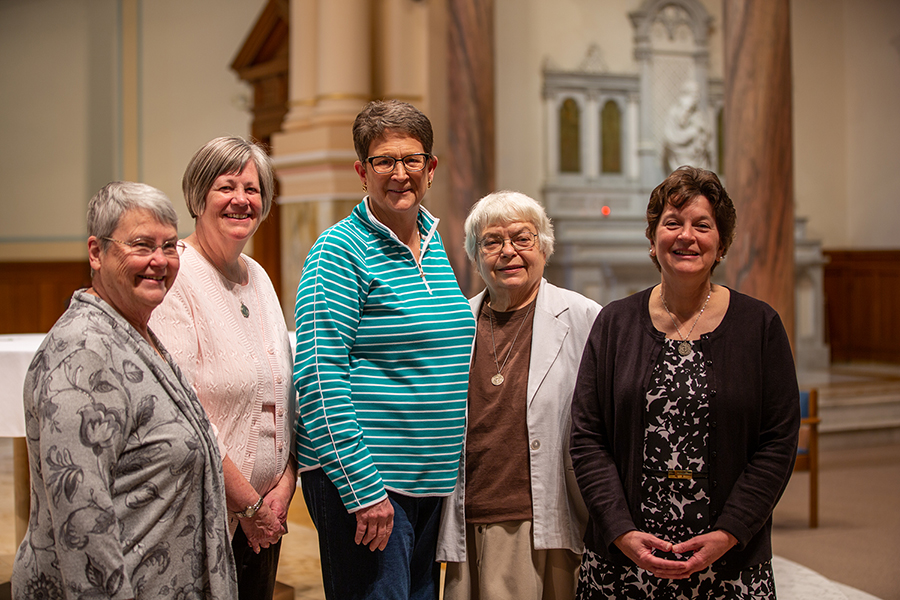 Delhi Township, Ohio – The Sisters of Charity of Cincinnati announced that the delegates of the 2019 Chapter elected Sister Patricia Hayden as president of the Congregation. Sisters Monica Gundler, Marge Kloos, Joanne Burrows and Teresa Dutcher were elected as councilors. The newly elected Leadership Team will serve a term of four years, July 1, 2019 – June 30, 2023.

The election took place on Thursday, April 4, 2019, at the Sisters of Charity Motherhouse where Sister delegates and Sister and Associate collaborators met all week for the 2019 Chapter: Going Deeper Into Divine Mystery. This important time in the Congregation’s history is meant to set the direction of the Congregation for the next four years as well as elect new leadership to implement the direction chosen and carry the Congregation through the next Chapter.

Installation of the newly elected team will be held on Saturday, June 29, 2019, in the Immaculate Conception Chapel at the Sisters of Charity Motherhouse. The Community continues to ask for prayers and ongoing support during this time of transition.

Tags: Sisters of Charity of Cincinnati
← Vincentian Volunteers Go forth in Peace with Faith and Courage →