A New Voice From Ireland, United Kingdom & Europe: YOU are 1 in 4 million!

We are happy to welcome Dee Mansi as a monthly contributor to .famvin. Please look for her reflections on Ireland, United Kingdom and Europe on the second Sunday of each month. 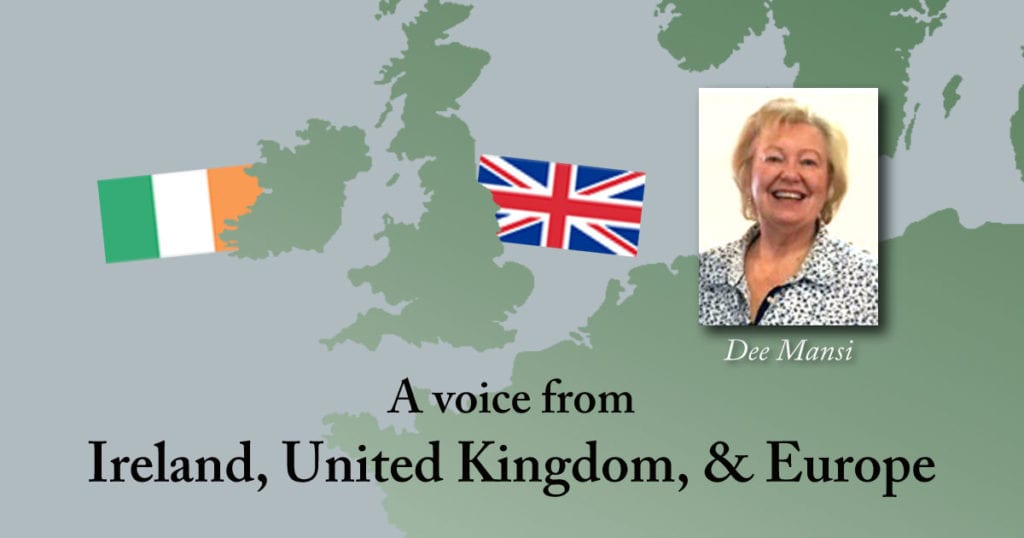 In troubling times, wherever you live, it can feel overwhelming when so much feels wrong in the world!  Can we ever identify with 7.8 billion of humanity as “sisters and brothers” – if we all have such diverse views?

What happens if you own a set of values; a charism, shared by 4 million people, in 150 branches worldwide?

That starts to feel reassuring, unifying – my tribe, my 4 million-member Vincentian Family- is alongside me serving the most vulnerable in society. We understand and identify with each other.

Educated by one such branch; The Holy Faith Sisters in Dublin, Ireland, living for many years in London, England with an Italian husband and son, I have a foot in several camps. Right now, there is one phenomenon perplexing us – “BREXIT.” The severing of the United Kingdom’s ties with the European Union.

It is puzzling enough for those caught up in the day to day machinations of the discussion. As a member of the Vincentian Family, my overseas colleagues often ask “What is going on?” Conscious that anything I write in the shifting sands of the United Kingdom (UK) BREXIT may be blown away before I finish a first draft, I sought the views of my Vincentian Family brothers and sisters in Ireland.

The island of Ireland (32,599 square miles) is about the same size as the State of Indiana. New York State is far larger with 54,475 square miles. There’s a population of 1.8 million in Northern Ireland (United Kingdom) and 4.7 million in the Republic of Ireland.

These islands are in terrible turmoil and trepidation – with warnings in the UK of food shortages and complications to our daily lives. Will being members of a Vincentian Family global movement of 4 million people, in 150 branches, buoy us up?  Can our shared charism ensure we can continue to support vulnerable people, particularly when the Bank of England warns Brexit could cause the deepest recession in the United Kingdom for nearly 100 years? 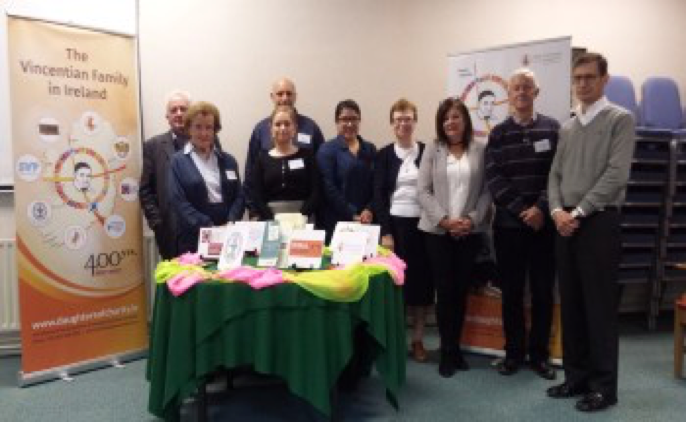 For many in the whole Vincentian Family Ireland (VFI), the most contentious part of leaving the European Union (EU) is the Irish ‘backstop’ a phrase coined by the UK Prime Minister, Theresa May, in the withdrawal agreement which is meant to ensure a hard border does not return by keeping the UK in a customs union with the EU after Brexit. This is a largely unresolved question involving the land border between Northern Ireland (part of Britain) and Ireland (part of the EU). The peace between Northern Ireland’s Irish Catholic community and its British Protestant one has been ensured by the free trade and travel across that border that membership of the EU allows. So, is it vital to avoid a return to a “hard border” after Brexit?

My VF friends say; “I think the unifying nature of the work being done with members of the wider VF is great. Last year the Daughters had an overseas Mission fundraiser in Dromore Diocese, with many other Branch members who we related to as brothers and sisters.” – GH

The 9 branches of VF Ireland; AIC, Congregation of the Mission, Daughters of Charity, Holy Faith Sisters, SSVP, Miraculous Medal Association, Vincentian Volunteers, DePaul Ireland and Vincentian Partnership for Social Justice are primarily cross-border; “There is no doubt that the charism of St Vincent de Paul, St Louise de Marillac, Frederick Ozanam has an influence on society North and South and brings a shared spirit to the work of the Family on both sides.” – CS

The Visitor of the Irish Province, Paschal Scallon, CM believes “The Vincentian Family will ride the wave. Until now we have been All-Ireland in an environment made easy by the EU and the Good Friday Agreement. Now it will have to try and operate on an All-Ireland basis in two jurisdictions pulling further apart in a full Brexit.”

Let us pray that the wishes and hopes of our Sisters and Brothers are fulfilled, and the Irish Vincentian Family can ‘ride the wave’ in a ‘Brexit-proof Ireland’ in service of its people. 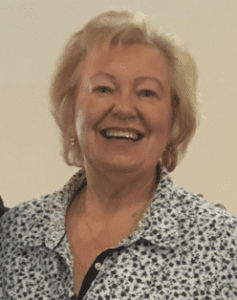 Dee Mansi is a lay member of AIC, Vincentian Collaboration Commission, Vincentian Family Executive Committee & Depaul Assembly; a retired School Principal, Schools Inspector and Leadership in Education Lecturer. Dee is Irish, living in London with her husband and son, she travels in Europe and beyond.