Ever Wanted a Do-over?

Ever Wanted a Do-over? Vincent did!

Vincent regretted things he had written early in his life! Much ink has been spilled over whether Vincent, between 1605-1607, was really captured by pirates as a young man. There are three letters in his own hand that tell of such a capture. But in his later years, when these letters came to light, he did all in his power get those “dammed letters” back, most likely with the intention to destroy them.

It seems Vincent sold a rented horse for cash and then disappeared for two years telling a grand story to explain his time. He later tried to retrieve those letters. Today, apart from any scholarly controversy about the fact, what is certain at least is that he really wanted them back.

Now, who among us would dare to claim that there are not things we later regretted and wish others did not know about?

On a more established factual level, we also know of his influential work with prisoners and galley slaves. At one time he said, “Nothing is more meritorious in God’s eyes than charitable work for prisoners.”

I offer these two points as background for an appeal from the National President of the Society of St. Vincent de Paul. 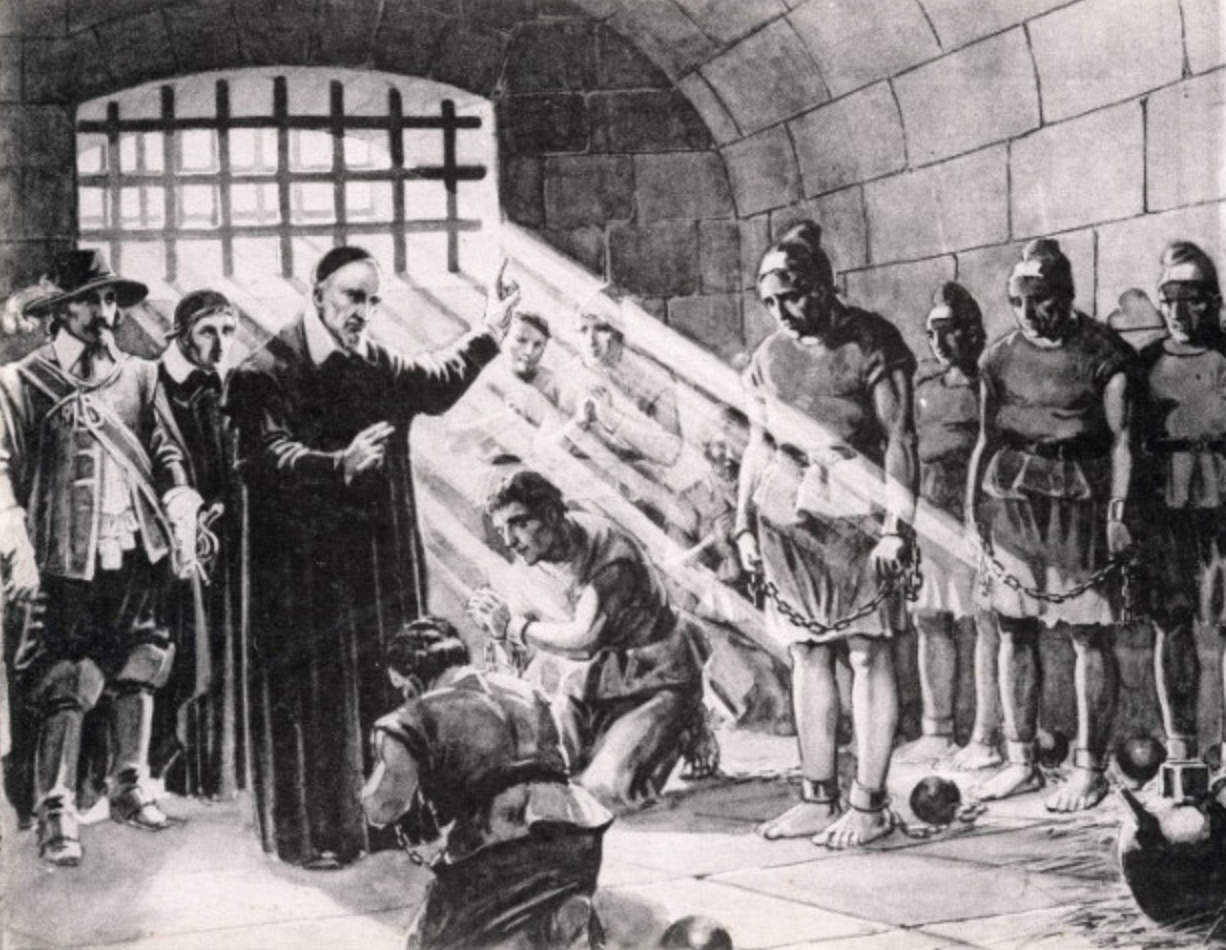 Advent is a season of hopefulness– for the coming of a Savior; for new life; for a more peaceful and equitable world.

Across the country, we Vincentians embody this hope in our ministry to a particular group of excluded people– those who have been affected by the criminal justice system. We minister to the incarcerated, help those recently released piece their lives back together, and help victims of crime heal. In fact, just this week I read a note from a prisoner preparing to leave prison, who thanked Vincentians “for being a voice of the unheard… for giving light in a dark place, and for providing hope.” What a beautiful message this Advent season! Our Reentry Task Force is working hard to build up these ministries and spread the programs that inspire these stories of hope.

As Congress concludes its business for the year, lawmakers have an opportunity to bring hope to these people and communities as well. The FIRST STEP Act (S. 3649) is a strongly bipartisan bill that would make modest yet meaningful changes to our criminal justice system, which could help thousands of nonviolent offenders rehabilitate their lives. FIRST STEP would enhance compassionate release for elderly and terminally ill patients, limit restraint of expectant mothers in prison, expand access to faith-based organizations, and help returning citizens in obtaining identification– a big obstacle to successful reentry. Other reforms would correct unjust laws that disproportionately affect low-income communities, like limiting the geographic distance between inmates and their families.

Last week, I joined the Catholic Bishops of the United States and Catholic Charities USA in urging the Senate to take up and pass these reforms. You can read that letter here.

We are a Church of hope and redemption. This Advent season, I invite you to add your voice to the chorus of Catholics calling for criminal justice reform.

Wishing you all a peaceful and blessed Advent,

Advent as a time of hope and redemption

In a recent article, Is Advent Missing in Action?, I reflected on whether the hope intrinsic to the season of Advent has disappeared from our consciousness. I suggested “we look for the signs of God’s presence gestating in our midst today. In these coming weeks, let’s look for signs of Christ’s coming in the care we show to one another as the body of Christ.”

It strikes me that, with Vincent de Paul and his followers, we can be the voice of the unheard, as they try to put their lives together.