Catholics live in an enchanted world, a world of statues and holy water, stained glass and votive candles, saints and religious medals, rosary beads and holy pictures. But these Catholic paraphernalia are mere hints of a deeper and more pervasive religious sensibility which inclines Catholics to see the Holy lurking in creation. As Catholics, we find our houses and our world haunted by a sense that the objects, events, and persons of daily life are revelations of grace….

This special Catholic imagination can appropriately be called sacramental. It sees created reality as a ‘sacrament,’ that is, a revelation of the presence of God. (Andrew Greeley, The Catholic Imagination, 1) 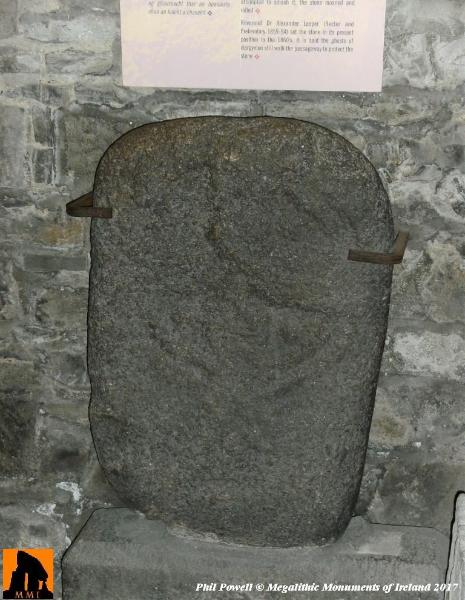 The Lucky Stone (Cloch an Áidh) was set up beside the cistern so that all that drank the water might
have luck. I have just visited there, after having passed twelve days in “Vincentian” France with the members of the vincentian Mission Institute — a collaborative effort of the three universities in the USA sponsored by the Congregation of the Mission. I touched the stone. I wasn’t really wishing for luck. I just wanted to be connected to the myriads of Irish (and others) who have touched this stone with its Celtic inscription since the 9th century.

This sensibility was alive in me all over France as I touched paintings and statues and the glass that decided us from relics. To touch is somehow to know and to connect. A Catholic imagination is a sacramental imagination. Real things connect us to other real things. This “Vincentian imagination” was suggested to us by Father Tomaž Mavrič, C.M. They’re worth watching again…