Grassroots Matter at the United Nations Voices from the grassroots were perhaps the most powerful during recent UN Commission on the Status of Women (CSW) sessions because they spoke of social and economic realities experienced by everyday people.

About 4,000 to 6,000 women participated in CSW 60, which concluded last week. The priority theme related to Women’s Empowerment and its Connection to the Sustainable Development Goals, also known as the 2030 Agenda.
Grassroots perspectives permeated many discussions. A Bangladeshi factory worker connected hunger to labor issues. Trafficked women spoke of their frightening experiences in appealing for an end to the practice. A Honduran woman brought to light difficulty in purchasing land for crops because large corporations are buying it up. A young woman spoke shortly after Ban Ki Moon during the opening session, asserting the importance of including youth in CSW and other UN deliberations. A Tongan woman offered a list of dos and don’t for preventing and addressing violence against women, gleaned from experience with victims. Disabled persons asked questions about how various SDG initiatives would include them. 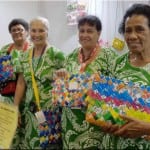 Fijiian women who are converting trash to cash 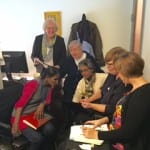 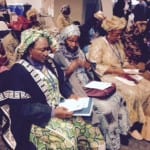 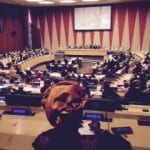 “Government has its role to play and awareness-raising is very important, but real change doesn’t happen until it arises from the grassroots level,” said Teresa Kotturan, UN NGO representative for the Sisters of Charity Federation.

Commented Guillermo (Memo) Campuzano, CM, who is the Congregation of the Mission’s NGO Representative to the UN:

“If we really want to implement the UN agenda 2030 and the Sustainable Development Goals, we have to empower women in all levels worldwide, especially in the grassroots. Economic empowerment at the grassroots is, to be sure, a crucial aspect of any significant push to make women full and equal participants in their communities.  We also need to recognize what women are doing for women: the term “grassroots women’s organizations” encompasses locally based and women-led NGOs that have a mission to empower women and advance women’s rights on multiple fronts.”

The Vincentian Family has been doing its part to highlight grassroots initiatives. (Grassroots projects are those in which the planning and implementation come from the people who benefit, rather than from a “top down” approach, where the donors’ focus can overshadow true needs of the people). The Sisters of Charity Federation sponsored a side event on March 22, entitled, “Dynamics of Human Trafficking: Catastrophe, Migration, Demand and Restoration.”
The Daughters of Charity co-sponsored a side event called “Grass Roots Matter: Anchoring the SDGs in Community-Based Economies,” during both the Commission on Social Development, February 9, and the Commission on the Status of Women, March 23. Fr. Campuzano served as moderator for the first panel, while Sr. Margaret O’Dwyer, DC, highlighted a grassroots project in Fiji during both events. That project related to the creation of marketable items, such as purses and pencil cases, from trash. The two side events were co-sponsored with several communities as well as the IASS (International Association of Schools of Social Work).

These side events arose from a survey circulated by the Grass Roots Task Force, a division of the UN NGO Committee on Social Development. The survey was completed by representatives of 70 projects from around the globe. About 20 projects involved the Daughters of Charity. The Sisters of Charity also submitted responses. These initiatives involved from 6 to 350,920 persons, addressing needs of 410,000 persons, from newborn to 95 years. There was a strong emphasis on women-focused projects.

“We are very grateful to all who responded to the survey because that is an authentic way we can bring grassroots voices to the UN,” said Sr. Catherine Prendergast, NGO Representative for the Daughters of Charity at the UN.

The survey yielded a number of learnings, particularly about factors contributing to effective grassroots projects. First, a highly participatory group approach is recommended, featuring regular meetings and some degree of common background of members. Second, substantial planning, with regular monitoring and evaluation of what does and does not work, is helpful. (Training of members in the initiatives was identified as important to build participant capacity). And the selection of a reasonable project that takes local conditions into account and yields benefits to participants (i.e. using the right kind of crops or animals or making products that are easily sold and are composed of readily available materials.)

The Grass Roots Task Force will be releasing a report arising from the survey shortly.