Attending the call of the Superior-general of the Congregation of Mission, Fr. Gregory Gay, to enhance the collaboration between branches of Vincentian Family, the Society of Saint Vincent de Paul and the Daughters of Charity in Brasilia, capital of Brazil, organized six events about systemic change last Sunday, Pentecost day.

The big area of Brasilia was covered with Masses, exhibitions and presentations. In Sambambaia, a poor area in the outskirts of the Capital, Vincentians showed two projects that have changed lives of those who are in need. In the first one, they have acquired popcorn trolleys to two women that used to be helped with food aid (basic-needs grocery package). Now, both became independent, selling the popcorn in parties and other events. In the other project, Vincentians have provided dressmaking and sewing classes to women of Areal, another poor area of Brasilia. This has improved their income.

In Ceilandia, an area that includes the biggest slum of Latin America, called Sol Nascente, the Daughters of Charity opened their elderly house to discuss about systemic change and the year of Vincentian Collaboration. The  book “Seeds of Hope” and the opportunities of work with the Poor were also discussed.

The Communication’s Department of Brazilian National Council of SSVP informs that others places that hosted activities of Year of Vincentian Collaboration in Brasilia, as the central area of the city, called Plano Piloto and Guará, Brazlândia and Formosa, in the metropolitan area 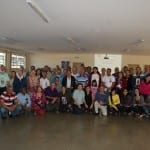 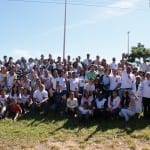 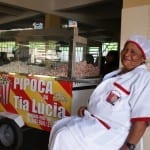 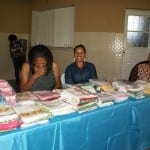